About Ukraine and economic sanctions against Russia 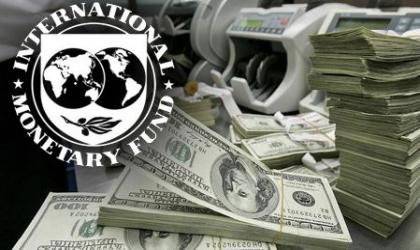 In connection with the events in Ukraine, calls to impose sanctions against Russia sounded from Western capitals. Separate appeals turned into a real choir, after 1 in March, the Federation Council unanimously voted to give the president of the Russian Federation the right to use Russian armed forces in Ukraine to prevent rampant banditry and protect the Russian population in a fraternal country.


March 2 US Secretary of State John Kerry called the actions of Moscow "an incredible act of aggression." According to the head of the State Department, he and his foreign colleagues expressed their willingness to isolate Russia in this matter. 3 in March news agencies reported that seven leading Western countries (Canada, France, Germany, Italy, Japan, the United Kingdom and the United States) are suspending preparations for the G8 summit in Sochi (in 2014, Russia is chair of this group). The G7 countries also declared that they support the sovereignty and territorial integrity of Ukraine and welcome the renewed contacts of Ukraine with the IMF. Then came the threat of sanctions against Russia. Economic sanctions are the most common tool of Western pressure on countries that are conducting or are trying to pursue an independent course. According to some estimates, the West applies economic sanctions against countries and territories in which at least half of the world's population lives.

Russia is no stranger to listening to the threat of imposing economic sanctions. Suffice it to recall the aggression of Georgia against South Ossetia in August 2008. Then this question was also discussed, but the decision was not made. The next impulse to introduce economic sanctions against Russia came from the West in the summer of 2012 of the year in connection with the “Edward Snowden case”. Ultimately, Snowden remained in Russia, and no sanctions were imposed.

In the autumn of 2013, when the international situation around Syria escalated, which Russia strongly supported, a letter appeared from four US senators who called on the US administration to impose sanctions on the largest Russian banks, supposedly helping to finance the activities of the Syrian authorities. In fact, it was a direct call for the United States to declare an economic war against the Russian Federation, but it also hung in the air.

Serious politicians understand that economic sanctions are a double-edged sword. She can strike at the object as well as at the organizers of the sanctions. Western historians have paid attention to an important pattern: the success of the Stalinist industrialization of the 1930s. were largely due to the fact that the West constantly arranged trade and credit blockades of the Soviet Union. As a result, the economic potential was created in the USSR, thanks to which Russia survived in a world war.

Another example of how boomerang sanctions return to their organizers is Iran. Washington from 1979 has put economic pressure on this country using such methods as freezing foreign exchange reserves in Western banks, prohibiting its banks from making settlements with Iranian banks, stopping supplies of machinery and equipment, consumer goods, including food and medicine to Iran. Finally, Washington put pressure on its European allies and forbade them to buy oil from Iran. It’s not easy for Iran, but it has been 35 for years and is not going to give up. But Washington is worried: Iran has learned to do without US dollars and bypass Western sanctions, resorting to barter schemes, the national currencies of its trading partners (yuan, ruble, rupee), trading for gold. And Iranians make deals with the so-called “black knights” - small companies from different countries who act as intermediaries and are not afraid of sanctions.

Russia is not even Iran. It is a country with everything necessary to create a strong economy, a solid defense and to meet all vital human needs.

Freezing Russian international reserves? It is unpleasant, but it should be understood that such reserves in the global financial system created by the Financial International are an illusion of money. The country that accumulates them cannot be used as a classical means of payment. The sanctions will only allow Russia to start building up a sovereign monetary and international settlement system, which will not be controlled by the United States. Proposals on this subject are already being worked out.

Boycott of the G8 summit? So, because Russia has never been a full-fledged member of the "club of the elect." All serious issues were previously discussed in the framework of the "seven", and Russia was planted on the "side chair". The liquidation of the G8 and the transition of the West to the former mode of operation in the G7 format will only accelerate the deliverance of Russia from one more illusion.

Trading boycott? So in fact today two goods dominate in Russian exports - oil and natural gas. Europe will not give up on natural gas, there will be no problems with the sale of oil. Moreover, there is a country like China, which has long been asking for increased energy supplies to it. Import problems will not be even more so. For the first time, the “black princes” will help out with the purchase of all the necessary things, and in the meantime Russia will have a powerful incentive to start creating import-substituting industries. That is industrialization.

Exclusion of Russia from the WTO? So this is a gift for Russia! Today, even the owner of Severstal, Alexei Mordashov, who is considered the main lobbyist of the WTO in Russia, suddenly saw the light and realized that only losses shine from the membership of the WTO to his metallurgical business. And Russia's exclusion from the WTO will give a chance to revive its agriculture, which has not yet been fully finished. Without it, there is no food security of the country.

Perhaps the only effective form of sanctions against Russia could be the freezing (or even the threat of freezing) of accounts and other assets of Russian oligarchs abroad. Recently, such threats from the West sounded to the Ukrainian oligarchs. In January, US Assistant Secretary of State Victoria Nuland staged the first oligarch of Ukraine, Rinat Akhmetov, right in Kiev, demanding from him specific actions to restore order in the country. Rather, a mess. And the crackling act. Today there is a lot of evidence that Ukrainian oligarchs financed Maidan. However, their mission did not end there. Now they diligently spread the "conquest of Maidan" to the whole of Ukraine. Some of them are not limited to financial participation in the strengthening of the new regime, but also occupied positions in the apparatus of this regime. How will the Russian "offshore aristocracy" behave, arise a similar situation?

So what are the conclusions?

1. It is impossible to exclude, in connection with the events in Ukraine, the introduction by the West of economic sanctions against Russia. Although these sanctions are double edged weaponOne should take into account the growing recklessness of the US ruling circles, who act as the “driver” of the economic war against Russia.

2. Take economic sanctions as a tragedy is not worth it. Rather, they should be viewed as an incentive for the country's transition to the development of the industrial productive forces of the 21st century.

4. One of the main directions of such training should be the requirement for the Russian oligarchs to return their foreign assets to Russia as soon as possible.

Ctrl Enter
Noticed oshЫbku Highlight text and press. Ctrl + Enter
We are
A great interview with Sergey Lavrov: about Ukraine, Obama and IranMilitary reform as an integral part of the security concept of the Russian Federation: Systematic dynamic assessment
Military Reviewin Yandex News
Military Reviewin Google News
121 comment
Information
Dear reader, to leave comments on the publication, you must sign in.