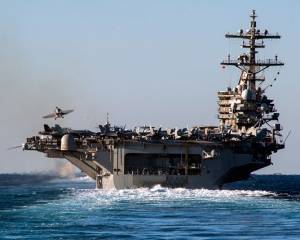 In contrast to the “marshland” commentators, who are experiencing a “five-minute hate” in relation to their own country and are calling on the “civilized West” to stop the “invasion of Russian barbarians”, in the United States and Europe they are not in a hurry to beat the “drums of war”. Yes, Obama holds a hasty meeting with representatives of his administration, threatens to impose economic sanctions and loudly declares that “Russia has taken the wrong side stories"But what does he have to do, by and large? After all, if the American president will behave somehow differently, it will simply peck at the local hawks. The nickname "weak-willed pallet" has long been entrenched in Washington. “The bold position of Russia is a consequence of Obama’s weakness, manifested during the Syrian crisis, when the US administration rushed into Putin’s arms,” said Robert Corker, a Republican congressman from Tennessee, recently. And the American leader, of course, could not not react to the events in Ukraine, which the conservatives called the first serious challenge since the Cold War.


Another thing is that the tone of the Western media, which usually feel very subtly the mood prevailing in the US administration, can be called balanced: there is no mass hysteria about the 2008 model of the year, neutral comments prevail. Recall how during the Russian-Georgian war the image of Mikhail Saakashvili was glorified in the West. Now nothing like this happens. Many commentators are suspicious of the new Ukrainian authorities. According to the columnist The Guardian, "an unstable government in Kiev, the legitimacy of which causes great doubts, consists of ultra-nationalists for a good half." “The nationalist and neo-fascist groups that rule the ball in Ukraine,” said Anatol Lieven, a professor at London’s Royal College, echoed the values ​​of democracy and modern Western culture. It is no coincidence that, having come to power, they first of all decided to abolish the official status of the Russian language and threatened to ban the parties supporting Yanukovych. ” Some Western media quoted even the statement of the leader of the “Right Sector” Dmitry Yarosh, according to which it is possible to get an idea of ​​the political ideals of this hero of the Maidan. "Now I have so much weaponsthat it would be enough to break the ridges of all the “internal invaders” ... the Katsaps will flee from Sevastopol themselves. Make the earth burn under their feet. I will begin to strangle the matrosny in corners, blow up a couple of ships ... In parallel, I will begin to “whisper” in the Voronezh, Belgorod and Kursk regions. We will prepare battle groups of Tatars and send them to the Caucasus to help the Emirate. ”

Attitude to the figure and. about. President of Ukraine Alexander Turchinov in the West is also very ambiguous. The former head of the agitation and propaganda department of the Dnipropetrovsk Komsomol Regional Committee, re-qualified as a Baptist preacher, to many experts, he seems to be not a completely reliable and, moreover, a very weak partner. Turchinov and Prime Minister Arseniy Yatsenyuk are called political losers and naive dreamers like the Mensheviks in Russia and secular reformers in Iran, who may well get a bullet in the back of the head several months after the formation of the new regime.

Do not forget the Western political analysts and the "historical ties" of Kiev and Moscow. Political editor of The National Interest, Robert Merry, notes, for example, “Ukraine has been in the Russian sphere of influence for more than 350 for years, almost half of the population here speaks Russian, and many Ukrainians are in fact ethnic Russians”. Therefore, Merry concludes, from the point of view of geopolitics, for Russia this state is much more important than for the West.

True, some idealists expect that the confrontation in Ukraine will breathe new life into the European project. The famous French ultra-liberal publicist Bernard-Henri Levy, an ardent supporter of promoting European values, wrote a few weeks ago, under the impression of visiting Maidan: "Ukraine gives a chance to today's soulless Europe ... It can revive a fading European idea, give it a more modern sound." In short, “Freedom” Delacroix on the Maidan barricades, with a car tire on his chest.

True, skeptics in the West are convinced that, recognizing the right to revolt in Kiev, the political elite of the US and the EU opened Pandora’s box, sanctioning the actual parade of sovereignties in Ukraine. “Now, the element of Maidan can easily be used by the opposite side,” writes The Atlantic magazine, “and this will allow Russia to carry out a soft seizure of territories according to the same scenario as in the case of Abkhazia and South Ossetia.” In general, many Western commentators note that Moscow is not interested in acting in a preventive manner, because simply by responding to the challenges of its opponents, it will achieve its goals with less reputational losses.

As for the Crimea, then, as Anatol Lieven assures, “since the overthrow of the government of Yanukovych, realists in the West have realized that the peninsula has been lost for Ukraine. The majority of the population here are pro-Russian, in Sevastopol and Balaclava there are ships of the Russian Navy, not American aircraft carriers. ” According to the expert, “the Kiev government is unlikely to regain the Crimea itself. Firstly: he doesn’t have the strength for it, and secondly, even Ukrainian nationalists say in private conversations that they do not consider the peninsula to be a historical part of the state. ”

Another important point: no matter how much Western commentators assess Moscow’s position, none of them have any doubts that the Russian president has the political will. “America is ruled by a wax puppet doll,” writes The American Thinker. - Europe has dismantled its defense system in exchange for the votes of millions of Muslim radicals. And in the current situation, Putin is one of the few real political leaders. ” “This is an effective manager who has achieved real triumph at the Olympics in Sochi, a tough negotiator who has managed to defend his vision of the Syrian problem,” notes The Atlantic, “but this is not Sauron from The Lord of the Rings.”

Of course, Russia's gain is annoying in the West: when Putin outplayed Obama in the Syrian issue, many experts argued that the touchy and narcissistic leader of the United States would not leave it that way. The main protagonist in the world arena can only be the American president and certainly not the leader of the power that was defeated by the West in the Cold War. According to Anushirvan Ehteshami, a professor at Durham University in Great Britain, “President Putin’s return to power, which, unlike Barack Obama, is certainly a political heavyweight and not afraid to defend the national interests of his country, led to a revival of Russophobia, a new phase of rivalry in Moscow and Washington and the demonization of the Russian leader. "

Yes, it is suggested to ordinary people that Putin is obsessed with the idea of ​​imperial expansion and seeks to fulfill the will of Peter I by extending the power of Russia to the entire European continent, but the Western establishment is well aware that this is not about a Russian campaign tanks on Lisbon, but on the collection of land, traditionally included in the Russian sphere of influence. And therefore realists in the USA and Europe, indeed, are in no hurry to beat the drums of war.

Ctrl Enter
Noticed oshЫbku Highlight text and press. Ctrl + Enter
We are
A great interview with Sergey Lavrov: about Ukraine, Obama and IranWhat you didn't want to know about England
Military Reviewin Yandex News
Military Reviewin Google News
230 comments
Information
Dear reader, to leave comments on the publication, you must sign in.