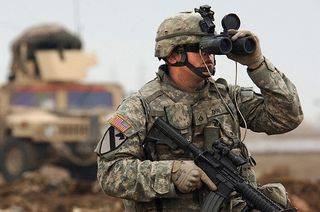 The ground forces (ground forces) of the US armed forces announced the reduction of 3 of 13 aviation brigades by 2019 as part of a large-scale restructuring of army aviation.


This was announced by the weekly “Defense News” with reference to the statement of the official representatives of this type of troops.

At the moment, the US Army Army Aviation includes 4 air raids with heavy equipment, 8 - with an average and 1 brigade capable of performing the most accessible range of combat missions.

Deputy Chief Financial Officer SV, Davis Welch, said that "during the restructuring, the number of aviation brigades in army aviation will be reduced by three units and, at the same time, the effectiveness of the use and capabilities of the remaining brigades will be optimized." He added that as part of the downsizing program, 12 aviation brigades will be left as part of the reserve for army aviation, which will be adapted to "perform assault missions, transport cargo and evacuate the wounded."

This statement coincided with the announcement of the intention of the SV to transfer all AH-64 Apache helicopters (Apache), which are at the disposal of the National Guard, to the ground forces for their reconnaissance missions. SV previously stated that the OH-58 "Kiowa Warrior" OH-XNUMX helicopters, used as reconnaissance aircraft, may be decommissioned. CB representatives declined to provide further comments.

In general, according to the proposed draft military budget for fiscal 2015, army aviation funding will be increased from 4,6 billion dollars this fiscal year to 5,1 billion dollars next if the project is approved by US lawmakers.

The total amount of funds to be allocated for the maintenance and modernization of the Apache helicopters, on the contrary, is expected to decrease - from the 0,8-1 billion dollars in FN 2014. to 0,77 billion dollars in 2015 FG, h

It is planned to allocate 0,41 billion to purchase 55 UH-72 Lakota (Lakota) helicopters. Sources in the US defense department report that 2016 will also purchase more such helicopters in 45.

In general, as experts note, the volume of projects for financing US ground forces with 2010 has been constantly decreasing.

NEs are planning to request 121 billion in core financing for 2015 FG, an 4 billion billion less than what was allocated in the current fiscal year. This figure differs significantly from the amount of funds allocated in 2010, 144 billion dollars, when the US forces conduct active hostilities in Iraq and Afghanistan.

However, cuts in the core budget are not the biggest cost reductions. In the period 2011-2014. the cost of combat operations of the US Army fell more than twice - from 99 to 43 billion dollars.

The proposed US defense budget for 2015 FG slightly differs from the current - items of expenditures for the development, creation and purchase of military equipment were reduced by 1,3 billion dollars, for maintaining the combat readiness of the armed forces and their operation allocated 1,8 billion dollars less compared to FNXNXX.

The cost of providing personnel in the draft defense budget for 2015 f.g. changed to a minimum and constitute 56 billion dollars. This graph is one of the biggest expenses of the Army, for which 46 is allocated per cent of the budget of this type of troops. Currently, ground forces are reducing their personnel by approximately 20 thousand people a year in an effort to reach the level of 490 thousand people by the end of 2015. Currently, X-NUMX thousand military personnel are serving in the Army.

Experts believe that in the near future, training of soldiers will be conducted at a more modest level compared to that supported by the leadership of the Pentagon. 2015 is expected to provide training in company-wide interaction and, in some cases, battalions.

The US National Guard, due to insufficient funding, switched to a maximum company level exercise. Land Forces will be sent to the National Training Center only by brigades whose personnel will be deployed in South Korea or Afghanistan, or by units of the 82 Airborne Division, which is designed to respond quickly to crisis situations arising anywhere in the world.