Appeal of the Writers' Union of Russia to V.Putin 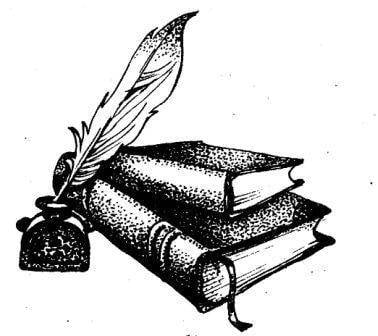 FEDERAL MEETING OF THE RUSSIAN FEDERATION

FOR THE PRESIDENT OF THE RUSSIAN FEDERATION
V.V. PUTIN

In this alarming time, when the fate of not only Russia and Ukraine, but of our entire European civilization is being decided, we express our support for your firm and responsible position.

Having accomplished a coup d'état in Kiev by the hands of the fascist thugs, the destructive forces of the West launched an open attack on the main moral outcome of the Second World War - the ban and condemnation of the ideologies of fascism and Nazism.

At the very least, today cries about Russia's interference in the affairs of sovereign Ukraine from those Western politicians who walked around the Maidan decorated with fascist banners look cynical today and, handing out cakes, incited the crowd to overthrow the legal authorities and to confront Russia.

As a result, politicians in Kiev, who were concerned not with ensuring law and order and the safety of citizens, not stopping “revolutionary” robbery and violence, but banning the Russian language and persecuting anyone who speaks Russian, who read Pushkin, Gogol, Turgenev, , Tolstoy, Chekhov, Sholokhov. And this is a sure sign of complete savagery. This means that soon, as in the Third Reich, the books of the greatest representatives of world literature will be ablaze.

One of the first laws adopted at gunpoint was the law that allowed to smash the symbols of victory over fascism and the signs of the Soviet era with which this victory is connected.

Everyone in our country has victims and those who died in the flames of the Patriotic War, and we cannot calmly watch how monuments to soldiers-liberators of Ukraine and Europe are destroyed and destroyed from Nazism, instead of them being made into national heroes of Bandera, Shukhevych and all those brutally destroyed the Poles, Jews, Russians and Ukrainians, fighters against fascism.

No economic sanctions, no international isolation are as dangerous as resuscitation of the brown plague under the guise of "protecting freedom and democracy."

We well remember that Hitler fascism was cherished in the same way by the same sly means as a weapon against our country.

We remember not only the victims of fascism in Europe, but also that, together with the German army, the Spanish “blue” division fought against us, Italian armies defeated near Stalingrad, Dutch fascist detachments, Norwegian Kwasling, Croatian Ustashi, the army of the Romanian robbers Antonescu . On the historical Borodino field in the fortieth and fateful units appeared and the French fascists. We remember how the vastness of our country ironed Tanksmade in Czechoslovakia.

19 000 000 (!) Of the victims of our civilians - does Europe remember this price paid by us also for its release? And can we allow the repetition of this genocide?

The Soviet people, with the participation of allies from Britain, the United States, French, Yugoslav patriots and anti-fascists of other countries, have already defeated fascism. So who today brings us back to the darkness of 33-year? Where is free and loving Europe? Where had the “all progressive public” with its “global values” gone? Where are the "independent" journalists of Europe and the USA hiding?

Dear Vladimir Vladimirovich! Dear members of the Federal Assembly of the Russian Federation! We understand what a load historical responsibility fell on your shoulders. And we warmly support your decision to provide comprehensive assistance to the Ukrainian people, the peoples of Crimea, striving for a peaceful and constructive life.

Vladimir Vladimirovich! Your firm will and your informed decisions inspire us with confidence that the entire Russian world and all the peoples of Russia and fraternal Ukraine have reliable protection. We believe in fair development.

Ctrl Enter
Noticed oshЫbku Highlight text and press. Ctrl + Enter
We are
Contrary to Nuremberg: new trends and forms of propaganda of fascismOn the other side of the “red” and “white”. Izborsk Club Report
Military Reviewin Yandex News
Military Reviewin Google News
118 comments
Information
Dear reader, to leave comments on the publication, you must sign in.