To fight for extremists in Kiev arrived mercenaries from the USA 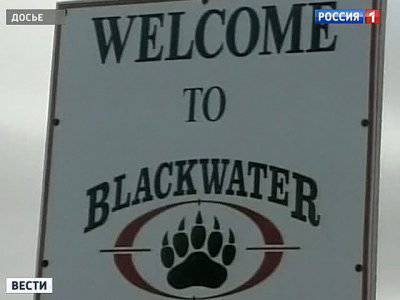 The ranks of the armed militants in Kiev are replenished. According to some reports, today three hundred professional foreign mercenaries have arrived in the city. We are talking about the fighters of the largest US private security corporation Academi, the former Blackwater. In fact, this is a whole mercenary army totaling more than 20 thousand people. A story from the United States about the tasks performed by private soldiers who are not bound by international conventions.


In the hot spots, American contract servicemen do a bit of everything from the delivery of toilet paper to the maintenance of drone drone stations. But those who have been in this business for a long time know: the list of tasks that customers can deliver is, in principle, limitless.

“You are simply told that we have a job for you, we will pay you so much. Well, do you answer — is that legal? They say no or yes. And if you are satisfied with the answer, you immediately leave. The only thing you need is always be ready to leave the place, "says Neil Ellis, an employee of a private military company.

The former "fur seal" and the founder of the largest privately owned US military company Blackwater, Eric Prince, earned his first billion in Iraq. From 2003, his staff guarded the head of the civil administration, Paul Bremer. Business went uphill until 16 September 2007, people from Blackwater, who were guarding the US State Department’s diplomatic convoy, in Nisur’s Baghdad Square didn’t have a gunfight, which ended with the death of seventeen Iraqi civilians.

After the congressional proceedings, during which Prince found a connection with the Bush administration (a military tycoon unfastened two million dollars for the Republican election campaign), Blackwater had to be sold. Close it did not. The company with a tarnished reputation and now exists under the name Xe.

Barely healed in Iraq, broke through in Afghanistan. The shocking video of the parties that the mercenaries had already organized from the company Armor Group, which was guarding the American embassy, ​​caused a new scandal. The soldiers of good fortune mocked the Afghan subordinates, forcing them to drink alcohol, which is forbidden by Islam, and to have sex with each other.

The pioneer in the creation of private military companies was the United Kingdom. In 1967, the creator of British special forces, Colonel David Sterling, opened his own Watchguard International. C eighties in the market of professional mercenaries dominated by Americans.

Geography - the whole world. Colombia, Nigeria, Afghanistan, Iraq, Jordan - Syrian rebels were trained there, as they did in the case of South Ossetia. Instructors from the United States trained Georgian special forces. Do not lag behind European colleagues. They acted in Libya and even suffered serious losses. In May, 2012, in Benghazi, was killed by the head of the French military company Secopex.

Attracting soldiers of fortune is an expensive pleasure. Leaky Ukrainian budget does not pull such spending. Only oligarchs have money in the country. Just put them at the post of governors of the eastern Russian-speaking regions. In Donetsk, the idea of ​​appointing billionaire Taruta was not accepted. The regional administration was ringed by those who did not agree with the policy of Maidan and immediately found themselves at gunpoint of well-equipped fighters. With obscure tasks and unclear goals.

Ctrl Enter
Noticed oshЫbku Highlight text and press. Ctrl + Enter
We are
The action “Military service under the contract is your choice!” In Rostov-on-Don: future contract servicemen, exhibitions and “Russian Knights”War for sale. Leading private military companies of the world
Military Reviewin Yandex News
Military Reviewin Google News
61 comment
Information
Dear reader, to leave comments on the publication, you must sign in.