March 6 2014
14
The creation of laser systems in the United States began in the 1970-ies, but only in the last few years have developed laser systems began to function successfully, as examples of real combat weapons. In recent years, the United States has been working hard to create a mobile high-energy laser installation, which is planned to be used to protect important military facilities from artillery and mortars, unguided missiles, UAVs and cruise missiles. According to the military, it is these targets that are the main threat that the US military faces today.


Website fool.com 1 March 2014 reported that the American company Lockheed Martin received a contract for the design, production and testing with the subsequent delivery of an 60-kilowatt high-energy fiber-optic laser to the American army. Currently in the US, work is underway on HEL MD (High Energy Laser Mobile Demonstrator) mobile laser systems. It is assumed that the new 60-kilowatt laser will also be installed on a self-propelled chassis and will receive the possibility of circular firing (360 degrees). It is believed that the installation should be used to hit flying artillery ammunition, missiles and UAVs, as well as unexploded shells and mines and improvised explosive devices (IEDs).

It is reported that the delivery of the prototype 60-kilowatt combat laser is scheduled for December 27 2017. After this date, the technology demonstrator is planned to be seriously tested at various test sites. Currently, Lockheed Martin has a positive experience in this area. According to experts, the concern has been developing the ADAM (Area Defense Anti-Munitions) system for more than 3 for more than 10 years in the 10-kilowatt version, using a commercial laser. It is reported that the power of this laser is enough to successfully counteract threats at the near boundary of the defense of the object. At the same time, this power is currently the highest when using single-mode operation. For commercial lasers, such power is more than enough. At the same time to deal with serious threats, such as artillery shells and mines, a more powerful laser is required. 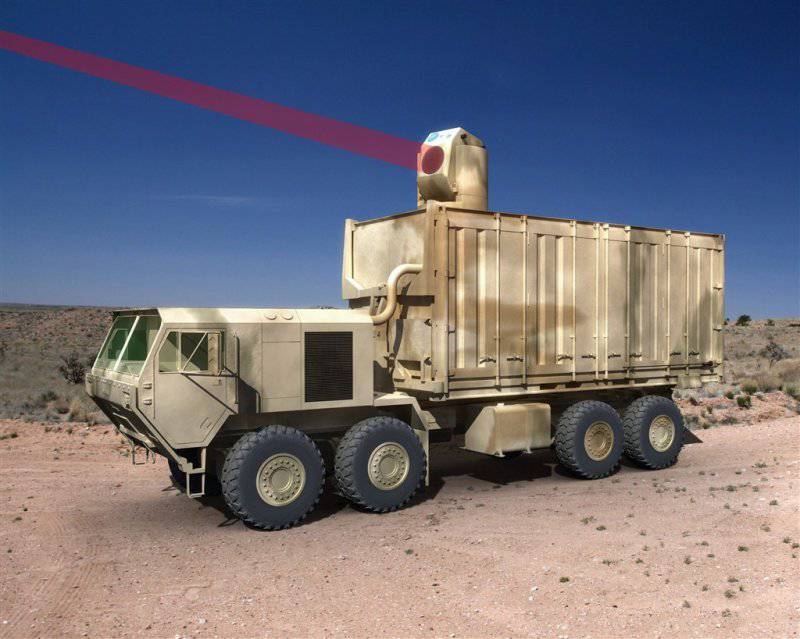 During the tests conducted in California, ADAM was able to solve several problems. So in 2012, with the help of this installation, the Osprey UAV, which has a wingspan of 3,5 m, as well as 11 unguided small-caliber missiles, was destroyed. On tests, the laser system captured, accompanied and intercepted each unguided rocket at a distance of about 2 km from the target, which was provided for by the operational test scenario. In March-April last year, this installation was able to successfully intercept 8 launched missiles at a distance of 1,5 km, and also accompanied several UAVs at long range, demonstrating the capabilities of the installed equipment.

In December 2013, the US Army completed a series of HEL MD tests installed on the mobile chassis of a mobile high-energy laser demonstrator, which were deemed successful. The demonstrator was engaged in the interception of UAVs and mortar shells. Tests were organized at the White Sands test site in New Mexico. The tests were conducted from November 18 to December 10 last year. 90 mortar mines and a number of UAVs were intercepted by the installation during this period.

According to representatives of the US strategic command and rocket and space defense, a series of field tests was the first large-scale demonstration of the HEL MD system, which is currently presented in a car configuration and includes a laser machine and multi-mode radar. In addition to Lockheed Martin, Boeing, Northrop Grumman, and Rheinmetall are currently working on the market for creating such devices. Conducted from 18 November to 10 December tests were carried out on the installation, developed by Boeing. It is reported that during testing, the level of destruction of flying mortars and artillery shells exceeded the threshold in 90%. 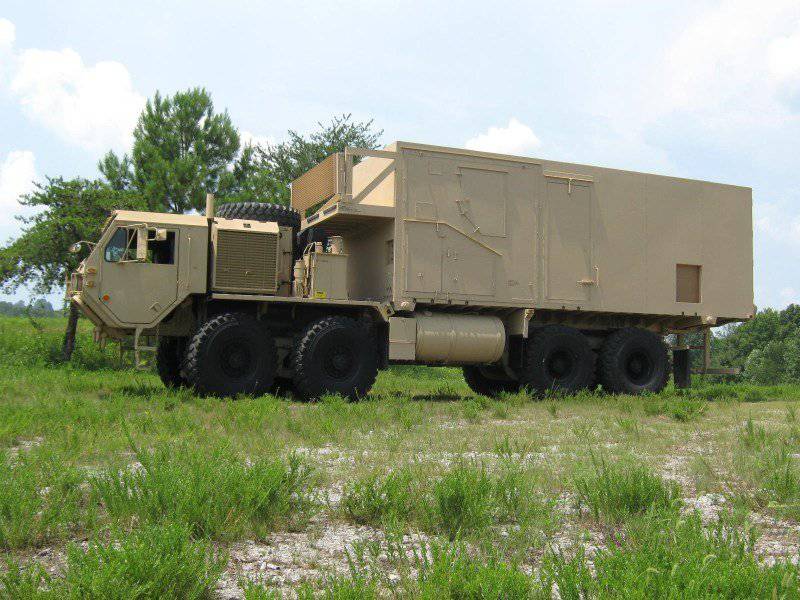 A series of recent tests conducted at the site in New Mexico took place under almost the same conditions as the 2011 and 2012 tests, when the capabilities of laser systems for hitting low-flying as well as high-speed targets flying at medium altitude were demonstrated. At the same time, in 2013, the HEL-MD installation was demonstrated in its entirety, that is, with a working laser, an automatic beam guidance system and a radar. In this case, the main object of the test was the Enhanced Multi Mode Radar - a composite radar system that is designed to detect, track, capture air targets and aim the laser beam at them in automatic mode.

The power of the tested laser systems is planned to gradually increase. In the future, 50, 60 and 100 kilowatt lasers are planned to be installed on the mobile platform. The installation of such laser systems will also help to test new power systems, laser cooling systems and other equipment necessary for effective use.

It is assumed that after carrying out all the necessary tests on the HEL-MD installation, it will be possible to install the final combat version of a solid-state laser with a power of 100 kW. The use of such a high power laser will help to increase the range of destruction of various objects, and also helps to reduce the beam retention time on the target, which is necessary for the guaranteed destruction of the object being fired. All this together will significantly improve the overall effectiveness of a promising laser combat system. 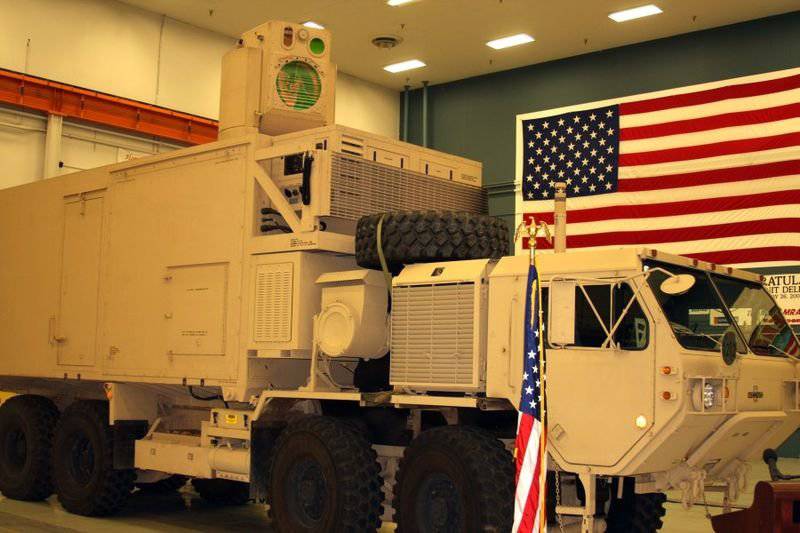