The problem of the Arctic is becoming more urgent 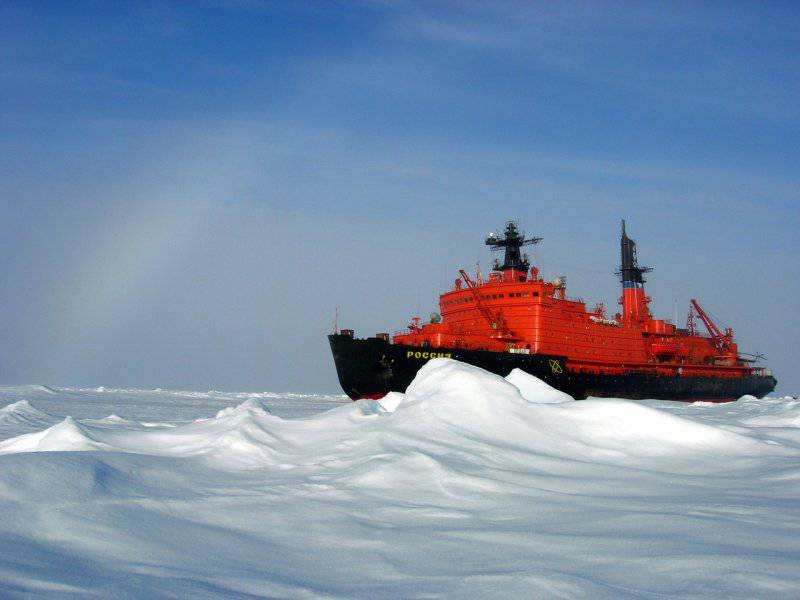 The United States is preparing for the militarization of the Arctic Ocean and, as acknowledged by the authorities of the Navy, in the coming 15 years they intend to establish themselves in this region in the military, political and economic terms. Obviously, the States want to “bite off” a huge chunk of that territory, which should rightfully belong to Russia: Washington is unlikely to encroach, for example, on the territorial waters of Canada or Norway, which are allies of the United States. The goal of the United States is unconditional dominance in the Arctic Ocean rich in natural resources.

The United States announced the hunt for Arctic resources

Even ten years ago, the lack of natural resources was considered something of a fantasy; But now, the war in Africa and Central Asia is already under way for water, and geologists are scaring economists with the rapid depletion of oil, gas, coal and other mineral deposits in the next five years. However, there are still regions in the world where reservoir development has not yet begun or is being conducted at extremely low rates. The Arctic Ocean is one such place.

The US is getting ready to master it. So, last week, Admiral Jonathan Grinert, Chief of Staff of the US Navy, presented a report entitled “US Arctic Roadmap 2014-2030”. The document describes the challenges that States may face in the Arctic region over the next decade and a half. Naturally, Russia is traditionally regarded as one of the threats.

According to the authors of the report, the Arctic Ocean has already become an arena of confrontation between major global and regional players. An important reason for this is global climate change: now that ice crust is melting, it has become easier to extract resources.

And their reserves, according to US estimates, are very large. Under the bottom of the Arctic Ocean - 1,669 trillion cubic feet of gas, 44 billion barrels of gas condensates, 90 billion barrels of oil. These are 30% of the global undiscovered gas reserves, 20% of the same volume of gas condensates and 13% of oil. In sum, 22% of undiscovered hydrocarbon deposits are located in the Arctic.

The report of the US Navy is about the Northern Sea Route. American analysts suggest that the warming in the region will continue, which means that an increasing number of vessels of various types will be able to use trade routes along the Russian northern coast.

The Northwest Passage will allow you to directly link the northern parts of the Atlantic and Pacific Oceans. Shipping on the Transpolar Route, which runs directly through the polar regions of the globe, is also activated. According to scientists' forecasts, if the melting of the ice continues at the current pace, by the end of the century there will be no ice in the waters of the Arctic Ocean. Already in the 2025 period, when navigation in the Barents Strait will be possible, it will increase to 175 days per year.

The ice has not yet descended, but the United States is already planning to tighten control over the sea routes. Admiral Jonathan Greenveld, completing his report, set a specific task for the US Navy: to prepare the fleet for operations in the Arctic Ocean. It is not specified who the ships will be used against, but it is obvious: Russia is viewed by Washington as the main regional opponent.

"Cold War" in the Arctic

The Arctic Ocean washes the shores of the five powers - Russia, Canada, USA, Norway and Denmark (Greenland). These countries are conventionally called the "Arctic Five": they have the final word in matters of regulating the legal status of the Arctic region. Also the listed states have at their disposal an exclusive coastal zone 370 kilometers wide.

However, by ratifying the UN Convention on the Law of the Sea prepared by the UN, all the countries of the Five can almost double their zones of economic interests if they prove that certain parts of the Arctic Ocean belong to their territory.

The convention has been ratified by four out of five Arctic countries - Russia, Canada, Norway and Denmark. The United States refused to ratify. According to experts, Washington deliberately did so in order not to assume any obligations. De jure, the United States, without acceding to the Convention, can ignore it, which means that the rules in the Arctic have not been written for them.

Under such conditions, the United States can use its entire military and political arsenal to dominate the Arctic Ocean. The remaining members of the Arctic Five will have to adhere to the terms of the Convention on the Law of the Sea, so they are unlikely to give a proportional response to US pressure.

Russia, unlike the States, is taking peaceful actions that are fully consistent with international law. So, Russian scientists said their word: they explored the bottom of the Arctic Ocean in 2007 year in order to find out exactly where the borders of the continental shelf belonging to Russia end. At the bottom of the ocean with the help of the deep-water apparatus was set the Russian flag.

Some Western countries have perceived the scientific expedition organized by Russia as a threat. Moscow has been reproached by many European diplomats, and, most importantly, by American ones: the representatives of Canada and the United States to the UN criticized Russia for real and far-fetched reasons, trying to allow a hairpin in each of their speeches.

At the same time, the United States, together with its allies, is militarizing the Arctic. It is not surprising that the naval forces are involved in the development of the Arctic spaces: they are entrusted with the task of ousting Russia from the Arctic Ocean in order to clear the way for American, Canadian and European oil producing companies. No joke - almost a quarter of undiscovered oil and gas reserves!

That is why the States have intensified military cooperation with the countries of Scandinavia and are increasingly conducting military exercises in the region. However, Norway, Finland and Sweden are not interested in armed confrontation with Russia, because they are very vulnerable. In the event of a war, Norwegian oil rigs will be destroyed by Russian fleet и aviation within a few hours, and Europe is waiting for an “oil nightmare”: prices for black gold will reach incredible marks. Russia, on the contrary, will receive an excellent opportunity to replenish its budget.

Realizing their disadvantage, Scandinavian countries are reluctant to respond to US initiatives and try to maintain neutrality in the Russian-American Arctic confrontation. Norway and Finland have very close ties with the Russian economy, so they are not ready for anti-Russian actions.

Events in the Arctic, some Western journalists have already called "very cold war." However, it’s too early to talk about a military conflict: so far both Russia and the United States are limited to scientific expeditions, loud political statements, petitions to the UN. However, it is possible that Washington will show activity in the future - a recent report by the head of the US Navy headquarters, Admiral Jonathan Greenweart, is a policy document for the next 15 years, and during this time Russia in the Arctic needs to be particularly hard and careful.