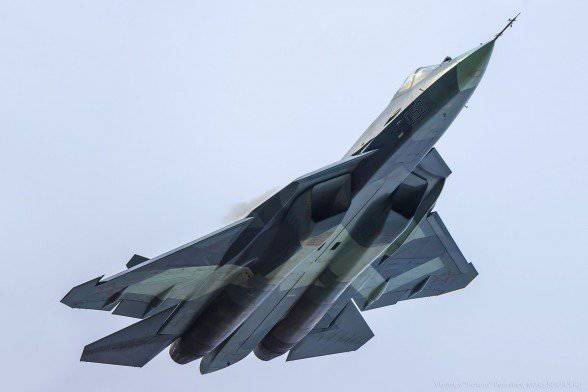 Today, the more perfect the aircraft, the more non-metallic materials. Unique “black wing” - high strength, and most importantly, lightweight aviation detail. Inside - aluminum honeycombs, above and below - about a hundred layers of carbon fiber, because of the characteristic color of which the wing is called "black".

Wings need almost all aircraft, except that balloons and airships can do without them. Even the blades of a helicopter are nothing more than rotating wings. After all, when air is flown around the wing, a lift is created - a necessary condition for flight.

The first aircraft had wings made of wood and covered with cloth. To give the fabric strength and in order to protect the design of the aircraft from precipitation, the fabric was impregnated with a special aviation varnish. To make a turn or turn during the flight, the pilot bent such wings with the help of wire rods.

Of course, airplanes with such “cloth” wings could not withstand considerable speed and temperature loads. There was a need for other materials, primarily in the metal.

All-metal wings on many aircraft models began to install from the 30-s of the last century. To bend in flight such a wing would not be enough for the pilot. Therefore, the designers found a way out - on the rear edge of the wing began to install moving planes - ailerons, changing the angle of which the pilot could turn the plane left and right, or vice versa, eliminate involuntary roll.

The most widely composite materials are now used in the wings. After all, it is precisely their configuration, size and surface that largely determines the efficiency of the liner as a whole and its flight characteristics. In addition to reducing the weight characteristics of composite materials allow for greater elongation of the wing. The aircraft will significantly improve aerodynamic performance, which affects fuel consumption. According to experts, this factor alone can save up to 8% fuel. At the same time, the difference in weight can be up to 300 kg, the “black wing” of the aircraft weighs less.

Thus, despite the fact that composites are six times more expensive than metal and difficult to manufacture, their mass production remains profitable.

In addition, for example, fighter wings, taking into account superloading, cannot be made of metal, but only of CFRP. At Obninsk enterprise "Technology", part of the holding "RT-Chemcomposite", composites are already being created for some Russian fighters. Civil aviation without composites also can not do. In the new Russian mainline aircraft MC-21 there will be more than 30%.

There are two main ways of producing composite elements. The first method is traditional, autoclaved. It is this technology that makes all of its components Boeing and Airbus. In the same way, the wing of the promising Russian fighter T-50 is created. Inside - aluminum honeycombs, above and below - about a hundred layers of carbon fiber. In this case, the layers are cut and stacked with the help of a laser projector layer by layer at the right angles. After the calculation, this “sandwich” (prepreg) is sent to the 8 watch in an autoclave, where it turns into a high-strength, and most importantly, light aviation component.

For the same classic autoclave technology, composite elements of wing mechanization are produced for the new Russian Superjet 100 airliner. Production is adjusted at one of the enterprises in Kazan.

The second method for the production of composite elements is infusion technology. Its advantage is that it allows for the production of highly complex structures, such as wing panels, for one technical redistribution. When using prepregs, this is not possible: the entire unit would have to be assembled from individual parts, that is, use fasteners that increase weight and be used for decent labor costs.

In addition, for the infusion technology does not need autoclaves, which require significant costs for large parts. These advantages can significantly save on the production of "black wing" and achieve competitive advantages in an economic sense.

The only Russian plant for the production of aircraft parts made of composite materials created using infusion technology is located in Ulyanovsk. This company is one of the five largest industries in the world with similar characteristics. It is here that the entire “black” wing is made for MC-21.

Thanks to the development of composites production technology for new and promising liners, the Russian aviation industry continues its steady development today and can gain technological superiority among world leaders in the industry.