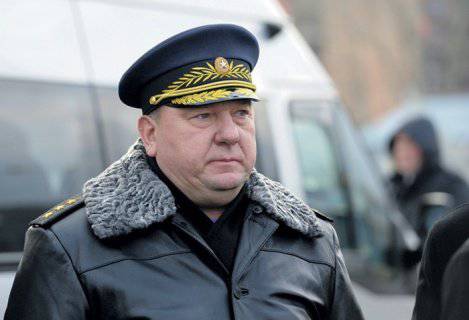 It is already obvious that the sudden test maneuvers begun last week by the Russian army are connected with the events in Ukraine and the possible use of our Armed Forces on its territory. The situation, as determined by President Vladimir Putin, is extraordinary in the neighboring country. What specific parts and formations can be used in these events is a military secret. In full force, the Western Military District was raised in alarm. But it is no secret that not all the forces of the Central Military District (CER) are involved in sudden test maneuvers, which has one of the largest and most mobile land forces in the post-Soviet space.

This alignment is, in principle, understandable. The area of ​​responsibility of the CEA includes not only Central Russia, but also the entire Central Asian region. And apparently, it was no coincidence that Minister of Defense Sergey Shoigu mentioned this region when telling reporters last week about the goals of the sudden check and characterizing Russian groupings of troops deployed abroad on a permanent basis. He emphasized that “in Kyrgyzstan, we deployed additional forces to aviation", helicopters deployed paratroopers, and the Russian military base in Tajikistan was transferred from brigade to divisional personnel."

Moscow has repeatedly stressed that the military presence and the strengthening of the grouping of Russian troops in Central Asia are associated with the withdrawal of NATO and US forces from Afghanistan.

The leadership of the Russian Federation admits that after the departure of foreign troops from this country in 2014, instability can spread to the territory of the CIS, including Russia. There is a possibility of a return of the Taliban movement to power in Afghanistan, which supported and supports militants in the Russian North Caucasus. Thus, strengthening military security in Central Asia is Moscow’s immediate geopolitical task. But its solution depends not only on the leadership of Russia, but also on all the states of the region. Namely, there are problems here.

First, the border with Afghanistan is only partly controlled and covered by Russian troops — only in the Tajik sector. From this control fall sections of the border, passing through the territory of Uzbekistan and Turkmenistan. The situation is complicated by the fact that Uzbekistan has withdrawn from the CSTO, and Turkmenistan is neutral. Now with these countries there are no serious and effective military-treaty international agreements related to countering the possible expansion of instability from Afghanistan. Unfortunately, it is not known for certain in what condition the border troops are in these states. To some extent, the fact that the Uzbek-Afghan border passes along the Amu Darya River can reduce the threat. And the sea border of Turkmenistan with Russia is more or less closed by our border forces, and Ashkhabad and Moscow have visa control. But there is a possibility that in the event of instability on the borders with Afghanistan, the Russian Federation will have to introduce additional military troops there to protect Russians and compatriots, as can now be done in Ukraine.

Secondly, in spite of the steps taken to strengthen our military bases in Kyrgyzstan and Tajikistan, their combat effectiveness could be higher if the leadership of these countries helped them more dynamically and substantively. For example, despite the fact that the 201-I Russian military base has moved to the divisional basis, it still lacks an aviation component. And negotiations on the deployment of our Air Force base in Aini are held with the leadership of Tajikistan, as they say, neither shaky nor rolls. The recent border conflict between these countries also contributed to the stability in the region in a better way. There is still no proper political stability of the authorities in Kyrgyzstan. A deputy of the Kyrgyz parliament Ravshan Zheenbekov said recently about the possibility of repeating the Maidan this spring in Bishkek. There is a possibility of Islamist militant attacks this summer in Tajikistan. Thus, the focus of our airborne units in Kant and in the 201 military base in Tajikistan will be associated not only with the reflection of common external threats, but also with possible military assistance for stabilizing the internal political situation in these countries.

Thirdly, the CSTO still does not have a proper stabilizing role in resolving crisis situations in Central Asia and throughout the post-Soviet space. Meanwhile, the Russian base in Kyrgyzstan functions precisely as an object of the CSTO. But its content, functioning and supply of weapons is completely on the balance sheet of Russia. The CSTO showed a certain detachment when bloody events occurred in 2010 in Kyrgyzstan. The organization also reacted to the situation that has developed in recent months in Ukraine.

Of course, Ukraine is not part of the collective defense system operating in the CIS. But the leadership of the CSTO should have thought about measures to stabilize the situation in this country. The possible entry of foreign troops into Ukraine under certain conditions could have taken place under the flag of the CSTO as a collective peacekeeping force. But the organization took a wait-and-see attitude, observing how one of the largest post-Soviet states disintegrates.

Ctrl Enter
Noticed oshЫbku Highlight text and press. Ctrl + Enter
We are
Military reform as an integral part of the security concept of the Russian Federation: Systematic dynamic assessmentRevealed the secret of provocation in the American Boston
Military Reviewin Yandex News
Military Reviewin Google News
102 comments
Information
Dear reader, to leave comments on the publication, you must sign in.