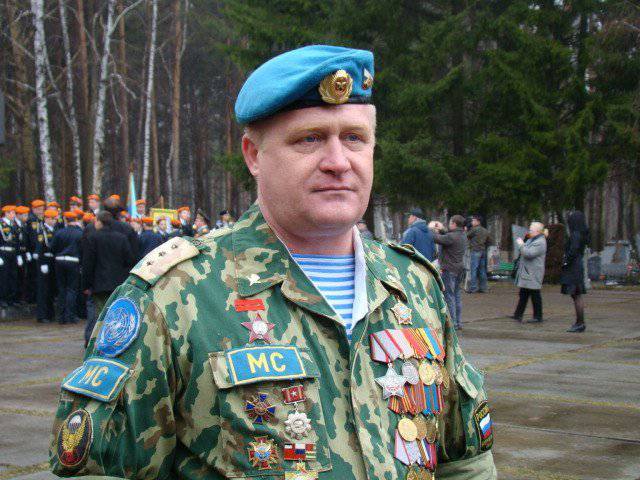 For one and a half years he performed international duty in the Democratic Republic of Afghanistan (DRA), Senior Ensign A.Shipunov. He commanded a separate platoon of 39-motorized infantry in three armored personnel carriers, two infantry fighting vehicles and an anti-aircraft installation installed in the back of a KAMAZ vehicle.

The main task: to provide cover for the attack of the dushmans (spirits) of our soldiers, who carried out repair work on the pipeline transporting kerosene from Termez (USSR) to Bagram (DRA) through the mountain-desert terrain. Platoon’s area of ​​responsibility - 90 km of pipeline. Here the "spirits" constantly organized sabotage. And it happened that, having been ambushed, the repairmen, doused with fuel, burned alive. Until the pain in my heart was a pity for these bezusyh 18-20 summer guys. They would live and live ... And instead, a living torch. It only remained to take revenge ... To smash the attacking "spirits".

Often we had to accompany our convoy of fuel, ammunition and provisions. It was a war on the roads. The enemy mined the road rut, arranged ambushes in the gorges. I set fire to the head machine - the column stopped, and from the mountains they continued to fire from grenade launchers, machine guns, setting fire to gasoline tank trucks - the mountains and people drenched in fuel were burning ...

... the foothills of the Himalayas. November 3 1988 of the year. Kara-Kuma Desert is a few kilometers away. And then our column came under the fire of "spirits". The head BMP was hit and burned. The rest of the cars backed away slowly down the mountain road. A few more seconds - and the "spirits" will bring down all the firepower to unprotected gas tankers. And then…

Immediately assessing the situation, the commander of a separate platoon of Ensign Ensign Shipunov decides to divert the attention of the enemy from the "pouring on". Let even at the cost of his life. “Crew, to battle! Forward! ”Continuously firing from machine guns and submachine guns, the BTR-80“ flies ”to the open mountain patch next to the damaged BMP and takes all the power of the fire of the“ spirits ”towards itself. Constantly maneuvering, the armored personnel carrier does not allow the grenade launchers of the “spirits” to make an accurate shot - the grenades tear the rocks nearby. And the commander, not looking up from a large-caliber machine gun, manages to spot enemy firing points and transmits their coordinates to the deployed anti-aircraft gunners on the radio. BTR shot down. Ammunition ran out. The crew leaves the car. Shipunov, opening the armored door of an armored troop-carrier, jumps off to the ground - immediately a bullet pierces the seat on which he had just sat. I also managed to tell where the sniper was hiding, I saw that the anti-aircraft gunners worked clearly. The explosion of a mine - and silence ...

The battle in the mountain gorge continued for five hours. The fighters managed to take the wounded and contused commander out of the fire bag on another BTR. Woke up on the armor. The head is buzzing. From the hip sticks out a large fragment of a mine. He asked for vodka ... It disinfects her wound, he himself pulls a fragment from the body ... He refused to go to the hospital, lay down in his cockpit. Details of the battle told fighters: the column almost died. While he was fighting, the "spirits" still set fire to the fuel truck. A minute of delay - and from the explosion of fuel the fire would spread to the rest of the car ... But the platoon fighter Dmitry Arnau was not taken aback. I managed to jump into the car and throw the KAMAZ into the abyss.

For this feat, Ensign Shipunov introduced the fighter to the medal "For Courage". But even before the new year, the hero was demobilized, without receiving an award. Already in the Soviet Union through the newspaper, the commander found his fighter ...

Five similar fights survived Shipunovtsy. Smaller (for them) clashes were much more. And the great merit of the commander, that returned to the mothers of sons all alive. Only four were injured.

Himself several times was in the balance of death. “Dad, daddy, daddy battalion commander, you didn't hide the heart behind the guys,” this is about Shipunov. Once in the desert were blown up with a driver on a mine. The blast wave threw out of the cab of KAMAZ. Gone with only light contusions ...

Another time I jumped off an armored troop carrier onto the ground and miraculously saw a mine between my legs. Without moving, I looked - minefield around. And behind it is a column. Then he alone neutralized almost 200 min. As you know, the sapper makes a mistake once ...

For combat exploits 10 his fighters were awarded the Order of the Red Star, 18 - the medal "For Courage"; 10 - Medal for Military Merit. 10 warriors were awarded repeatedly.

War is war, but there were moments of rest. Three times Alexander Rosenbaum visited them in a separate battalion. After these trips, he recorded the cycle "Black Tulip".

He was in the platoon bayanist, self-taught Sergei Kuzik. He sang heartily, and the fighters with him.

Despite the constant shelling from the mountains, they made a sauna with a sauna. And soared in her from the heart.

Released from Afghanistan 13 February 1989 of the year on the Termez bridge. But they were returned two days back to the river to cover the exit of the last units of the 40 th army ... It cost.

In 90, Senior Ensign Shipunov transferred to Schelkunsky unit by a platoon commander. Began to live in Sysert with his wife Galina and two daughters. But a peaceful, tranquil life is not for Shipunova. They say about these: man-war. He rushes to where the danger and risk, where it is hotter. He writes again reports requesting him to be sent to a “hot spot”. And he gets his way: in July 1997, he is sent as part of peacekeeping forces to the conflict zone in Abkhazia, Georgia, to guard a cascade of reservoirs in the 20-kilometer truce zone.

As in Afghanistan, served well. While completing the mission on an armored troop-carrier, he again exploded a mine. Got a contusion. A month later, again in operation. And again, combat service.

Here is an extract from the Order of the KSPM Commander in the conflict zone of Abkhazia, Georgia No. 13 of January 23, 1988, of Sukhumi, on encouraging Senior Ensign Shipunov Alexander Ivanovich. ”


“Senior warrant officer Shipunov A.I. from 19.07.97, he served in the Collective Peacekeeping Forces in the zone of armed conflict in Abkhazia, Georgia. During this time, he showed himself to be a competent, disciplined and executive ensign. To fulfill his duty treated with high responsibility. With honor and dignity fulfilled the peacekeeping mission in the conflict zone.

For exemplary performance of military duty, for high performance in service activities and exemplary military discipline in carrying out a peacekeeping mission in the conflict zone in Abkhazia, Georgia, I order:

1. Senior Ensign Shipunov Alexander Ivanovich to award with the Letter and submit to the state award: the order "For Military Merit". Give badge "For the implementation of the peacekeeping mission."

2. Order to bring to the personnel.

There is an order, but the Shipunov award has not been received to this day ...

Wounds and contusions have done their dirty deed. Returning to the Urals, in April 1999, for health reasons, he was enrolled.

Could live in peace on a military pension. But no. Since 2003, he has passed on his rich experience to young people - he is commanding a company of young cadets in the SPU "Cadet" in Sysert. Under his leadership 120 guys, students of 5-11 classes. Often in class and in their free time, they are asked to tell their mentor about the war. And again returns his memory in the heat of battle. Again makes you experience what will always be with him ...

God forbid that the boys do not have to go through it.
Ctrl Enter
Noticed oshЫbku Highlight text and press. Ctrl + Enter
We are
Tactics of the Afghan insurgents"St. Petersburg" company
Military Reviewin Yandex News
Military Reviewin Google News
9 comments
Information
Dear reader, to leave comments on the publication, you must sign in.