Kalashnikov reduced the number of managers 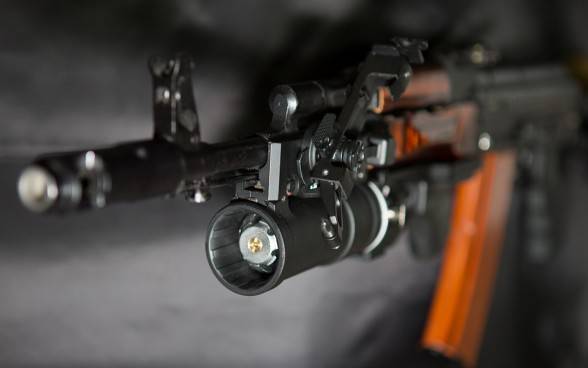 According to the concern’s new structure, the number of deputy general directors has been halved - from 12 to 6. The remaining zanyu staff will be directly subordinate to the head of the concern. The management structure has become more transparent - the deputies will head the Izhmekh production site, the production and financial-economic units, the design and technology center, the regime and security department, the Moscow branch.

All divisions were aligned with the main business processes operating in the enterprise.

“When forming the new structure, we set the goal of optimizing business processes to increase the manageability and speed of making management decisions. We also expect that the change in structure will reduce the costs of maintaining the administrative and managerial apparatus, ”said Alexei Krivoruchko.

Management optimization is one of the first decisions of the new general director of the Kalashnikov concern, Alexei Krivoruchko. Earlier, the Rostec state corporation approved the entry into the authorized capital of Kalashnikov by private investors, Alexey Krivoruchko and Andrei Bokarev, co-owner of Transmashholding, Andrei Bokarev, who will receive 49% of the concern.

At the first visit to the plant, Krivoruchko noted a “bloated” managerial staff. In total, the company currently employs about 11,7 thousand people. Given that the administrative staff is reduced, the staff of skilled workers in the factory will be increased. This is due to the concern’s plans to achieve a payback within two years and an increase in production.

Ctrl Enter
Noticed oshЫbku Highlight text and press. Ctrl + Enter
We are
Concern "Kalashnikov" modernizes production and expands the range of productsAlexey Krivoruchko: We are going to bring the Kalashnikov concern to the break-even level in 2 of the year
Military Reviewin Yandex News
Military Reviewin Google News
17 comments
Information
Dear reader, to leave comments on the publication, you must sign in.