Residents of Kharkov: Ukrainian media cover the situation in the country biased 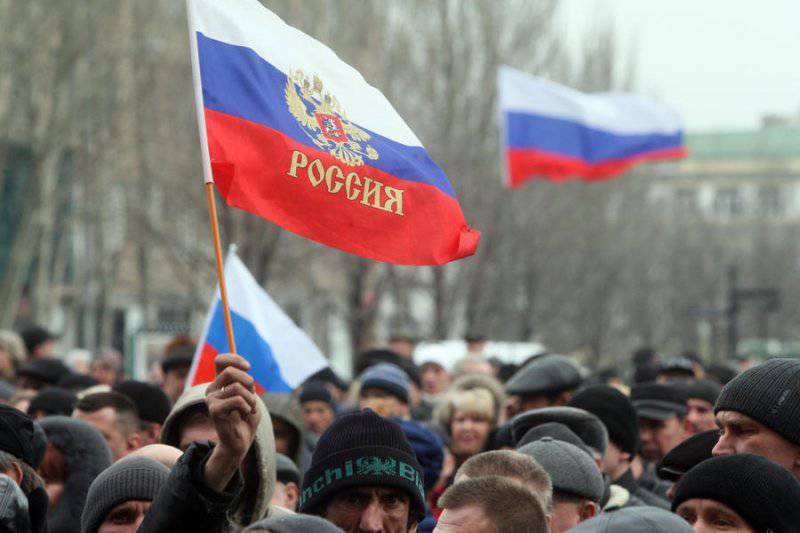 Kharkiv residents complain that they cannot receive objective information from the Ukrainian media, so they are forced to buy satellite dishes and watch Russian TV channels.


Residents of Kharkov complain that the Ukrainian media biasedly cover the situation in the country, ITAR-TASS reports. “We see with our own eyes what is happening in Kharkiv, and in television reports there is a completely different picture,” say Kharkiv residents. “We buy satellite dishes to watch Russian television,” they add.

However, the agency notes that buses and trams in Kharkiv follow in a normal schedule. There is no rush at banks and exchange offices; rubles, dollars and euros are available for sale.

Increased security measures are still being taken in the city center. The building of the regional administration is guarded by about 20 militiamen, a few meters from them, the militia of the people of Kharkov. They call themselves representatives of the movement “In Defense of the City”, the purpose of which is to prevent unrest.

A large number of law enforcement officials are also concentrated on the surrounding streets.

Local newspapers report on the new governor of the region, Igor Balut, who was recently sent from Kiev. According to local political scientists, the 44-year-old representative of “Batkivshchyna” will be able to find a common language with Kharkiv Mayor Gennady Kernes, who enjoys great prestige. However, on March 3, around 20, Cossack representatives held a picket around the administration building, demanding the election of the governor, and not an appointment from Kiev.

The day before, the OSCE Representative on Freedom of the Media, Dunya Mijatovic, called on all parties to the conflict in Ukraine to refrain from putting pressure on the media, the organization’s website reports.

Earlier, Moscow announced the inadmissibility of a ban on broadcasting channels of the Russian Federation on the territory of Ukraine, which was threatened by deputies from the Ukrainian Svoboda party.

“I urge all parties to refrain from restrictive and violent practices against the media. Shutting up the media is unacceptable at any time, and especially in times of crisis, ”Miyatović quoted as saying in a statement published on the OSCE website.

In a statement, the OSCE refers, in particular, to reports that in Crimea 3 March, the Chernomorskaya television and radio company was allegedly closed and a resolution of the Council of Ministers of Crimea was issued, threatening to stop broadcasting a number of channels from Kiev. Earlier, Miyatovic sent a letter to the appointed Verkhovna Rada Acting. President of Ukraine Oleksandr Turchynov condemning the initiative of a number of Ukrainian MPs from February 22 to ban broadcasting of certain television and radio programs in the country.

Deputies from the radical Ukrainian party "Freedom" offered to temporarily suspend in Ukraine the broadcasting of television and radio channels of states that did not sign the European Convention on Transfrontier TV. Russia joined this European Convention in 2006 year, but did not ratify it. As Russian Foreign Minister Sergei Lavrov said earlier, imposing a ban on Ukraine on broadcasting Russian channels would be a serious violation of international norms.