If Russia does not solve the issue of Crimea, then Turkey will decide it 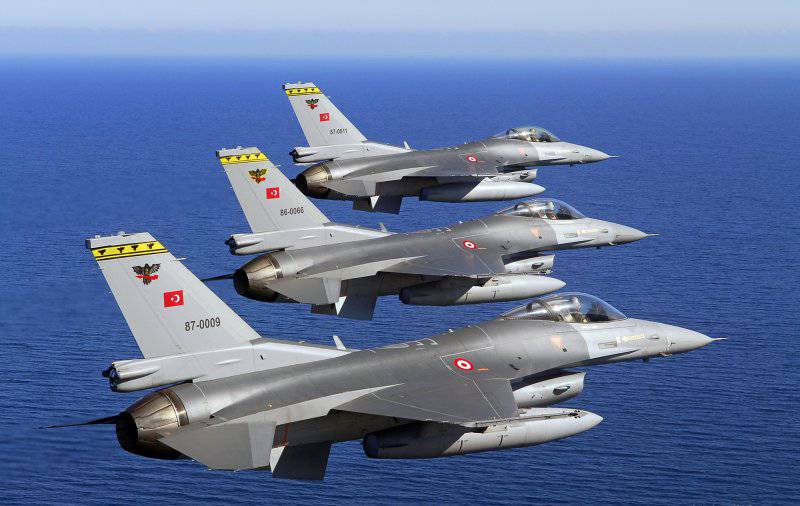 The events unfolding in recent months in Ukraine are an excellent occasion and an opportunity for Russia to once and for all resolve all issues relating to Crimea and the security of the Black Sea naval base fleet Russian Navy in Sevastopol. The role of the infrastructure located in the Crimea for the Black Sea Fleet is huge - up to 70% of all military facilities of this naval group are located there. It is worth noting that the creation of new bases of the same scale will cost the budget of the Russian Federation a lot of money. Naturally, the moral side of the issue should not be forgotten either - Russia, in any case, must defend the interests of Russians living in Ukraine.

So, let's imagine one of the options for resolving the current situation - the preservation of the Crimea as part of Ukraine, with some expansion of autonomy after the referendum. Russian troops, respectively, leave the peninsula, retreating before the threats of Western states. It would seem that with such a development of events the issue of Crimea is frozen for an indefinite period. However, it is difficult to believe in the political stability of Ukraine in the coming years, so the present situation could well be repeated - and then, with the second stage, Russia could finally take the Crimea into its composition (and possibly part of the eastern regions). This option seems to be quite far-sighted - especially if now, with the first stage, it would have turned Ukraine into a federal state. Then, after the final division into East and West, no one would have doubts about the legitimacy of what happened.

But the above scenario has one big drawback - a player such as Turkey is not taken into account. The Turks have their own plans for the Crimea - this was perfectly demonstrated by the urgent visit of the Minister of Foreign Affairs of Turkey Ahmed Davutoglu to Ukraine and his support for the territorial integrity of this state. And this decision is absolutely logical - if the Crimea will be part of the Russian Federation, then it will be impossible to wrest it from there. And always feverish Ukraine is a completely different matter. In this matter, time plays into the hands of Turkey - the number of Crimean Tatars in the structure of the Crimea AR population increased from 1,6% at the time of the collapse of the USSR to 12,1% in 2001 year. Data in recent years is not available, but in any case, the trend is on the face. The Crimean Tatars have already shown their desire to reunite with Turkey: when the unrest began in the Crimea, they even got into a fight with the rally Russians, but soon realized that so far there was not enough force to counter it. Already after this, hackers posted on the Internet a secret correspondence between Lviv radicals and the leaders of the Crimean Tatars, in which ultraradicals asked the Tatars to prepare for them weapon, so that they come to the Crimea and "figure it out" with everyone.

In addition, do not forget that Turkey is gaining more and more military power every year and is gradually becoming one of the strongest players in the region. If before the Turkish army was the second largest in NATO, but it could not boast of high-quality and modern military equipment. Recently, the arsenals of the Turkish Armed Forces are replenished every year, and in addition, own equipment of any complexity is being developed - for example, from 2015 it is planned to begin production of the national tank Altay, which according to the given performance characteristics is not inferior to the best world standards. Another major project is the development of its own 5th generation TFX fighter, which is scheduled to appear in 2020. As for more specific plans, Turkey plans to start purchasing US 5th generation F-35 fighters in 2017-2018. 100 aircraft will be purchased, which, combined with 200 F-16s, makes the Turkish Air Force a very serious rival for any country. The 4 B737 Peace Eagle long-range radar detection and control aircraft that are being bought in the United States and detecting targets at a distance of up to 600 km will be able to perfectly coordinate the entire combat Aviation. In other areas, success is no less - the development of their own drones, operational tactical missiles, various armored vehicles, etc.

It is clear that having strengthened so much, Turkey, which even now does not always act according to the official course of NATO, will begin to play its game. And in this case, very serious difficulties arise for the Russian Federation, since a civil war is already possible within the Crimea itself, with unpredictable consequences.

That is why, it is more logical and more correct to be right now, without missing an excellent opportunity, to help the Autonomous Republic of Crimea gain independence, and later, if there is a desire, to join the Russian Federation. This, of course, will cause a storm of indignation from the Western countries - there will be no need to wait for the recognition of the newly-baked republic, but in fact it makes little difference. The example of South Ossetia and Abkhazia is still before us - the pseudo-isolation of Russia will last for 1-2 of the year, after which they will simply stop talking about this problem and everything will return to normal. Only here, the Russians of the Crimea and the Black Sea Fleet of the Russian Federation will not have to worry any more, as today there is no need to worry about the safety of Ossetians and Abkhazians.

Ctrl Enter
Noticed oshЫbku Highlight text and press. Ctrl + Enter
We are
A great interview with Sergey Lavrov: about Ukraine, Obama and IranMilitary reform as an integral part of the security concept of the Russian Federation: Systematic dynamic assessment
Military Reviewin Yandex News
Military Reviewin Google News
119 comments
Information
Dear reader, to leave comments on the publication, you must sign in.