Do not dig another pit 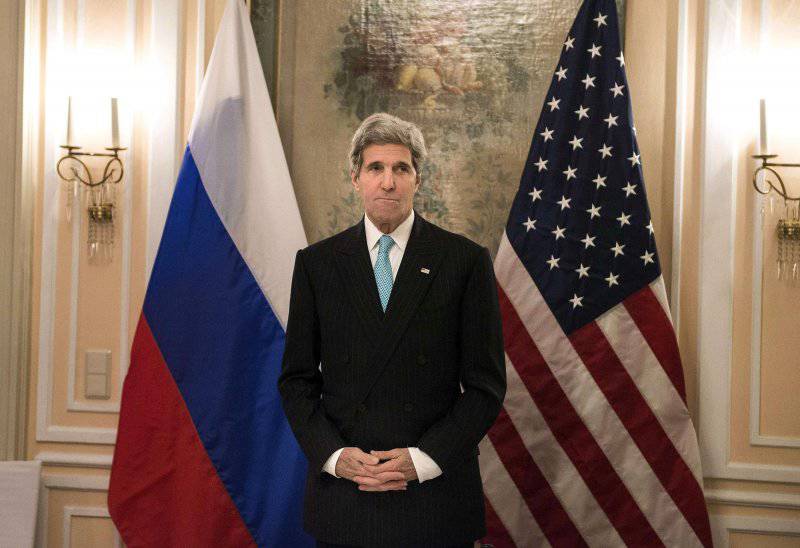 The West, which has provoked a crisis in Ukraine, is preparing to come to grips with Russia: the Kremlin is being accused ... of supporting the legitimate Ukrainian authorities and of trying to stabilize the situation in Ukraine. Such an unexpected and, frankly, contrived excuse can be used to impose sanctions against Russian officials, businessmen and ordinary citizens. However, contrary to expectations, only the European states will suffer from the economic blockade: the fact is that the anti-Russian sanctions are unprofitable to them.

Intentions of John Kerry and the American Press

US Secretary of State John Kerry 2 March promised to freeze the assets of Russian enterprises and impose a ban on the issuance of visas to some Russian citizens. However, foreign journalists, known for their love of sensations, not only quoted Kerry, but also voiced their versions and assumptions. Now a brief list of possible actions of the West looks like this:

• freezing of Russian assets;
• introduction of visa restrictions;
• obstruction in foreign trade;
• official condemnation of the Russian position in the UN;
• the refusal of Western leaders to participate in the Sochi G8 summit, as well as the exclusion of Russia from this club;
• mobilization of troops in NATO countries bordering Ukraine;
• sending the US Navy to the Black Sea.

However, most American experts agree that it is better to stay on the usual economic sanctions and abandon bellicose rhetoric. Bringing NATO troops into full combat readiness, according to analysts, will provoke Russia to more decisive actions, since the Kremlin will not leave without attention the growing threat to the country's national security.

Ignoring Russia in the political arena and its exclusion from the G8 are meaningless measures. The fact is that the West is interested in cooperation with Moscow, and G8 is an ideal international platform for face-to-face conversations. The exclusion of Russia from this club will lead to the fact that Western leaders will not be able to discuss with the Russian representatives Iranian and Syrian problems in a private setting - and Russia, as is known, is one of the most important players in the Middle East. According to American observers, disregard for the interests of Moscow will be one of the reasons for the escalation of violence in this region.

In addition, Russia will in any case remain a part of the G-20, a club of large regional states, opening up broader opportunities for cooperation than the G-8. According to Senator John McCain, Kerry and Obama have done a lot of stupidity when they refused to participate in the US at the G8 Sochi summit, because American diplomacy has lost a great place for discussion.

The most realistic scenario today is the introduction of visa restrictions. States will not lose anything if some Russian officials, not necessarily high-ranking ones, are barred from entering their territory. Europe may act in a similar way, but one should not expect a total refusal to accept Russians: for example, Turkey, concerned about the situation of the Crimean Tatars, is unlikely to open confrontation with Russia on the eve of the opening of the tourist season.

But economic sanctions for the West will become suicidal. Why?

The West has too close ties with Russia, so it will not be cut to the quick. Any economic blockade of the Russian Federation will result in irreparable losses for Europe: Russia is the main partner of many European countries and supplies its products and raw materials, including oil and gas. Western companies are interested in the development of fields in the Far North and equipment sales to Russian mining companies.

Russia as of 2012 year was the sixth power in the world in terms of GDP and only slightly inferior to Germany - by the way, one of our most important partners. Russia has overtaken Britain and France - the very ones who are now threatening us with sanctions together with the States.

The European Union is afraid of losing the Russian market: 45% of cars and 18% of chemical products produced in the EU go on sale in Russia. If this market closes in the face of European companies, many factories will cease their operations for a long time due to the loss of customers.

In addition, the supply of natural resources to the European Union will cease. In addition to oil and gas, Russia will leave Europe without palladium, titanium and platinum, which are needed for high-tech manufacturing processes. This will lead to even greater degradation of European industry and, ultimately, to the transformation of Europe into the periphery of the world - if, of course, the sanctions regime is in place for several years.

Japan, South Korea, and Russia's other neighbors in Asia can take advantage of the European embargo, and will begin to buy resources for the development of their own economies, and even for resale to stubborn Europe. Practice shows that as soon as a product becomes scarce, “well-wishers” immediately appear, ready to get it at any price.

China will extract the maximum benefit from the sanctions: it will immediately activate trade contacts with Russia and will replace many of its Western partners. Already, trade between our countries is about 100 billion dollars, and in the near future this figure will only increase. Beijing will also buy Russian oil: China, like no one else, needs to “feed” its national economy with cheap energy.

Any unilateral actions of the European Union will result in irreparable losses for it. The cost of products manufactured in Europe will increase, and markets will close. In the event of a trade embargo, European economies are guaranteed to be in a state of long-term recession.

European politicians understand all the possible consequences of the imposition of sanctions, and therefore are not in a hurry to go for confrontation. German Chancellor Angela Merkel took an especially soft stand: German enterprises cooperate with Russian ones and will suffer more than others. In addition, Germany wants to ensure its energy security: in Berlin, they fear that in the worst case Russia will stop selling gas. Germany has no alternative sources of supply of “blue fuel”, and is not foreseen in the foreseeable future.

In the dry residue

In short: The West turned out to be impotent. Plans for complete economic isolation of Russia cannot be brought to life, because in the modern world, where all states are closely interconnected with each other, it is impossible to blockade the country, especially as huge and strong as Russia.

In the 2008 year after the war in Georgia, the West tried to impose sanctions against Moscow, but these measures have come to naught: the effect is zero. Europe and the United States must take this experience into account.

Visa sanctions and freezing the accounts of individual officials is the maximum for which the United States and the European Union are ready. But now foreign leaders in verbal battles have gone so far that, in the event of non-fulfillment of promises, they can lose face, and therefore they will pull to make concrete decisions, and in response to Russia's small concession, they will abandon their Napoleonic plans. Say, we have achieved our goal - when in fact the refusal of the West from sanctions will be dictated only by the desire to quickly leave the economic battlefield with minimal image and financial losses.

Most likely, visa and economic restrictions will follow only from those countries that are weakly connected with Russia. The main Russian partners will make some loud statements, and after a few months, for pragmatic reasons, they will completely “forget” about their promises.

Ctrl Enter
Noticed oshЫbku Highlight text and press. Ctrl + Enter
We are
"Pathological liar" from the State DepartmentStrangulation: the context, conduct and consequences of the American naval blockade of China
Military Reviewin Yandex News
Military Reviewin Google News
119 comments
Information
Dear reader, to leave comments on the publication, you must sign in.