The lessons of Ukraine - the tasks of agitation and propaganda 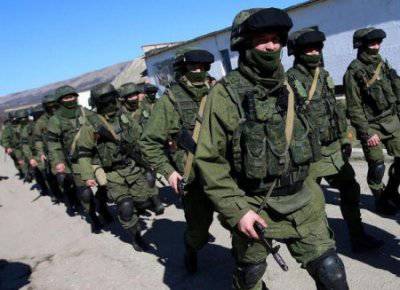 The current situation in Ukraine is a new challenge for Russia and at the same time a new “window of opportunity”. Any country, any state must have a sense of its existence. Depending on the decoding of this meaning and on how much this very “meaning” is recognized and felt by the citizens of this state, the weight of this state in the world arena largely depends.


“State with meaning” is a superpower. Already a superpower for today or a potential one in the future is not the point. Since only this very “meaning”, which is otherwise called a “civilization project,” is the very force, that indispensable attribute, ingredient. For any country, held as a superpower or aspiring to this role in the foreseeable future. The other is simply a country in which citizens are united only by a nation, or only by means of earning a living, or by their past, or by the configuration of all this in varying proportions.
The “meaning” of the existence of a state, its “civilization project,” is always a projection of the future. This is striving for tomorrow, this is a claim to a breakthrough, to receive an answer to the eternal question of any person on planet Earth: what is the meaning of his life? Why does he live, work, raise children, fight, make good and then die. The countries that found the answers to these questions and made these answers the backbone of their own policies always became superpowers. The completeness of the answer to this question, the ability to adapt it to the urgent needs of its own citizens in a changeable and unfriendly world, made them superpowers for a long time. But exactly until the “meaning” of their existence disappeared.

On the other hand, while fixing on “yesterday” and “today” no state could ever form its own “civilization project” and grow to the level of “superpower”. Such countries are always forced to "adapt" to those who "live with meaning." Sometimes it works well, sometimes not so much, but in any case history make "superpower", the rest only reap the fruits of their efforts. These fruits will be bitter or sweet, here as you are lucky with the historical era and the political balance of power in the struggle.

Examples of this do not count. From ancient Rome and Byzantium to all of us known to the USSR, the rise, rise and fall of all superpowers in the history of mankind is directly correlated with the rise, rise and fall of their “civilizational projects”. The "meaning" of the existence of all the superpowers of mankind was the "cement" that holds different people together almost always from different nationalities. This meaning was the “fuel” that moved these societies and forced them to achieve results that affect the lives of all contemporaries without exception. As soon as the "cement" gave a "crack", and the "fuel" eventually sour, the superpower went into oblivion and gave way to others.

When we, patriots, say that Russia is not a state in the usual sense of the word, but a separate civilization, we sort of mean a priori that there is a special meaning separate from other countries in our existence. And we understand that the loss of this meaning will be the next “closure of Russia”. Since there is no other meaning for the existence of different ethnically, religiously, and historically peoples within the same state-civilization, except for the aspirations of the majority to the future, and cannot be. It follows that, without forgetting about the daily bread (economy, armaments, social sphere and culture), it is vital for patriots to work on the creation and formulation of a new meaning. A new understanding of the eternal meaning of Russia as a state-civilization, uniting around the Russian people all the peoples of the Russian world. The meaning of this existence can only be the “Russian meaning”: the unification of peoples for the sake of peace. For centuries this union took place, somewhere peacefully, and somewhere through war and coercion, but in any case, the expansion of the Russian world to other nations always and everywhere brought to these peoples not prosperity, genocide and poverty, but prosperity and development.

The current situation in Ukraine is a unique chance for Russia to find itself as a superpower, as a state-civilization, which can win in this confrontation not only by its strength. weapons, and a clear and precise civilizational sense of their actions. An application for its own role in the world, which Russia has made, having thrown the glove in the face of the West, is first of all an application for itself. Like Russians, on people of a different, different from the West civilization of the Russian world, which united around itself people of different nationalities, religions and cultures.

In today's world, where power rules, Russia can oppose equality and justice. In today's international politics, where lawlessness with the help of double standards becomes a new paradigm of relations, Russia is obliged to provide an alternative to the law for everyone who suffers from this lawlessness and everyone who does not agree to put up with this state of affairs. Relying in their practical activities on equality and justice, to personify the law - this is the role of Russia, which meets its historical mission. Our civilization project, its "meaning". This is the natural role of Russia as a superpower, the departure from which could cost us all the loss of our beloved Fatherland.

But how to implement it in practice?

Challenging the West, you need to understand that it just will not give up its ideological-civilizational championship. We will not be able to win and establish ourselves in our own role as super-powers, civilization countries, if we are on the defensive. Constantly not defeated in the defense. So, our transition to attack is a matter of survival, the survival of us as a thousand-year-old country.

Thanks to the policy of “Putin's years”, through all the costs and shortcomings, we still reached a level where our military potential again poses a threat to our “partners”. The threat is so significant that open conflict is no longer possible. Talk from the beginning of 90-x about the possible introduction of a limited contingent of "peacekeepers" into the territory of Russia has already turned into political fiction.

However, today's victories are forged not only with the sword. And not even so much. Russia is not ready today to wage information wars, and this field of geopolitical confrontations has now completely replaced the shelling of past years. Successful waging information wars, the ability to defend against information attacks and, most importantly, to be able to successfully attack themselves - this is the best way to demoralize the enemy and the best way to achieve their own victory.

In the new round of tension in Russia, as in 1941, it is necessary to learn these wars “from the wheel”, to learn victories in them. And we need to clearly understand that we will not be able to retake this exam, if the process of “learning” is unsuccessful. So we need control over the media. And the “window of opportunity” for Russia opens up in order to receive it. This will protect the country from organizing a coup in the Ukrainian scenario and will now allow to break through the information blockade that may occur around the policy of our country.

Information security, information policy is not only following the letter of the law and the truth of life, but also the ability to oppose one's point of view with lies and anti-Russian propaganda - all this is not only the urgent tasks of the current moment, but also the question of Russia's survival as a superpower.

“Non-resistance to evil by violence” is a very beautiful theory. But, unfortunately, its effectiveness is not confirmed by life, if you are dealing with aggressive people without honor and conscience. Dealing with questions of agitation, we cannot but understand that our agitation will exist in the face of the dominance of world media on a global scale. And as in the case of the army, whose ability to destroy any enemy will save us from military aggression of the type of Yugoslavia. So it’s with the media: only the ability of our media to level out false propaganda against us and to conduct explanatory agitation among them can save us from the complete loss of our civilization exclusivity, and after it our statehood.

Ukraine is the very case when we can defeat the law there, defend the law and the rights of Russians, Ukrainians and people of other nationalities with a pen than with a sword.

It remains to realize this and start working in this direction.