US suspends military and economic cooperation with Russia

March 5 2014
145
The international situation around the situation in Ukraine is constantly becoming more complicated. 4 March it became known that the United States intends to increase pressure on Russia. As an argument, this time, the proposed rejection of cooperation in the military and commercial spheres. 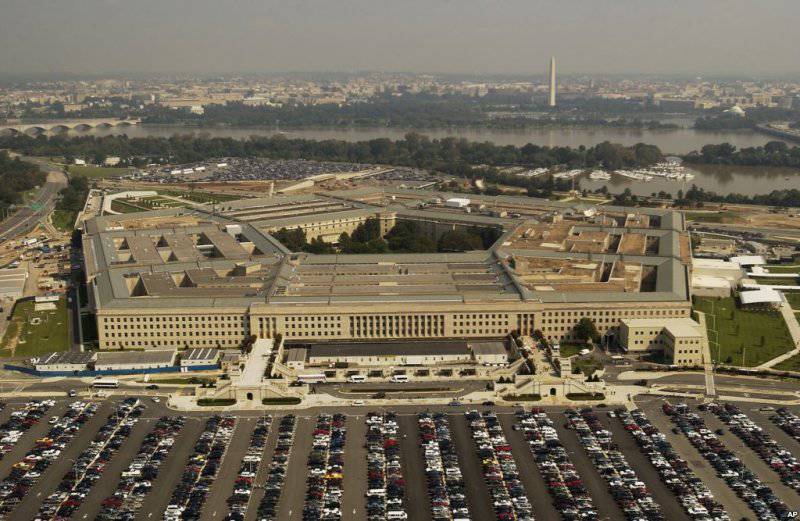 Spokesman for the US military, Rear Admiral J. Kirby, announced that the Pentagon, in the light of recent events, is forced to suspend military cooperation with Russia. The result of this decision will be the refusal to conduct joint exercises, bilateral negotiations, planning various conferences and friendly visits of warships. J. Kirby noted that the US military appreciates the successes achieved in cooperation with Russian colleagues, but the current situation in Ukraine forces them to take some measures. A spokeswoman for the US Department of Defense also spoke about the requirements for the Russian side. He called on official Moscow to de-escalate the crisis and withdraw troops from the Crimea. According to the Pentagon, the Russian military should return to their bases, as required by existing agreements on the status of the Black Sea fleet.

The official statement of the Pentagon on the termination of military cooperation with Russia is a logical continuation of the previous statements of the American leadership. A few days ago, US President B. Obama called Russian actions on Ukrainian territory unacceptable, and Secretary of State J. Kerry threatened Moscow with sanctions. Apparently, the rejection of military cooperation was the first step in this direction.

The second lever of pressure on Russia should be the plans of the Office of the Trade Representative. As the press secretary of this organization, M. Froman, said, the United States suspends trade and investment negotiations with Russia. All such activities carried out within the framework of the program to deepen trade and commercial relations are postponed indefinitely. The possible sanctions of an economic nature were mentioned at the end of February, but only now official statements of the relevant authorities appeared.

On Tuesday, it also became known that the United States Senate is considering the possibility of introducing new sanctions against Russia, its citizens and various organizations. The head of the Senate Subcommittee on European Affairs, C. Murphy, said that Russian banks could be subject to sanctions, and the assets of state institutions or individuals could be frozen. In addition, the issue of visa restrictions for citizens of Russia is being considered.

The other day in some media outlets appeared assumptions about the further development of events in Ukraine, in which the US military can take part. It is reported that the carrier strike group led by the ship USS George HW Bush (CVN-77) entered the Mediterranean Sea. Immediately there were suggestions that American ships could take part in an armed conflict in the very near future.

Commenting on these messages and guesses, Pentagon press secretary J. Kerry urged not to speculate on the movement of US Navy ships. All movements of the ship groups are carried out in accordance with previously developed plans and are in no way connected with the Ukrainian events. In addition, the American strategy in Europe and the Mediterranean has not undergone any changes due to the current crisis. All units remain on their bases, and the observed movements are carried out in accordance with existing plans.

The Russian Ministry of Defense has not yet commented on American actions. However, some Russian politicians have already made statements about this. Thus, S. Glazyev, an adviser to the president of Russia, noted that economic sanctions by the United States would lead to a number of specific consequences that could be unprofitable for the American economy. In the event of the introduction of economic sanctions, Russia will be forced to partially abandon the US dollar and begin using other reserve currencies, as well as create its own settlement and payment system.

Another consequence of the sanctions may hit US banks. According to Glazyev, Russian organizations will not be able to repay loans taken from American banks. Finally, in the event of the imposition of sanctions, official Moscow will recommend that state and private organizations sell US treasury bills. Thus, threats of economic sanctions can hit the economies of both countries.

The decision of the Pentagon to stop military cooperation with the Russian Ministry of Defense also turns out to be ambiguous. The partnership of Russia and the United States in the military sphere, despite the achievements that have been made, is still not fully friendly. The peculiarities of relations between the two countries are such that the termination of military cooperation will not have any noticeable consequences that could seriously affect the defense capability of Russia or the United States.

The crisis in Ukraine and related events in the international arena are in full swing. The opposing sides do not even think to make concessions and, therefore, they will most likely continue to exchange statements, warnings and threats in the near future. Which of them will be realized - time will tell. However, it is already clear that Russia's actions in the context of the Ukrainian events and, in particular, the processes in Crimea contradict the interests of the United States. Therefore, official Washington is ready to halt cooperation in the military and economic spheres, which can damage not only Russia, but also the United States.

Ctrl Enter
Noticed oshЫbku Highlight text and press. Ctrl + Enter
We are
Situational analysis of the death of the MH17 flight (Malaysian Boeing 777), made on the basis of engineering analysis from 15.08.2014Active phase of Sea Breeze 2013 exercises completed
Military Reviewin Yandex News
Military Reviewin Google News
145 comments
Information
Dear reader, to leave comments on the publication, you must sign in.