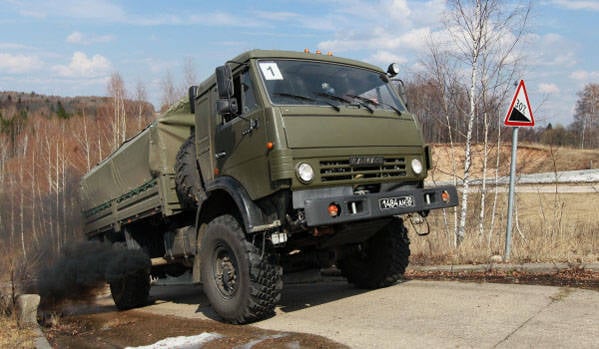 Russian corporation "KAMAZ" arranges deliveries to Indonesia. The truck will be purchased by the Indonesian company PT. Tehnika. The contract is designed for three years and involves the creation of a joint production for the assembly of heavy trucks in the Country of three thousand islands.


For the auto holding KamAZ, exporting its products is now a priority. Through 5 years, the corporation intends to almost double the supply of trucks to its partners. Now more than 6 of thousands of cars are sent annually from the assembly line. Thanks to the cooperation with Indonesia, this figure will grow by 500 cars per year. Even taking into account long distances, the export of Russian cars to the Country of three thousand islands has excellent prospects, says the press attache of KamAZ, Oleg Afanasyev:

"Southeast Asia is now one of the fastest growing regions in the world. Especially from the point of view of the development of the commercial vehicle market. This market is very interesting for us. As for Indonesia, heavy trucks of our class are in demand in this country. They are competitive in price, they can working under the toughest conditions. Our trucks, especially off-road ones, meet these requirements. "

The choice in favor of Indonesia was also made because there is now actively developing cooperation with the Russians and in other sectors. Among them - energy, light and chemical industries, as well as shipbuilding. So, KamAZ will be a good addition to the expansion of Russian business and mutually beneficial cooperation between the two countries.

Partnership agreements envisage, among other things, the organization of joint production for the assembly of Russian cars in Indonesia. Experience in creating a joint venture at the automaker solid. Conveyors have already been launched in India, Colombia, Vietnam, Kazakhstan, and Latvia. The leading expert of the management company Finam Management Dmitry Baranov comments:

“According to this scheme, KamAZ formed a joint venture in different countries. And they all work successfully. It’s about when vehicle sets are supplied to the country and assembled with possible modifications that take into account the desires of local consumers. This can be given the wet and hot climate Indonesia, for example, is installing an air conditioner. In general, there will be some localization in this joint venture. I have no doubt that the parties will create it. "

The fact that the "KamAZ" in Indonesia has great prospects, I am sure and the president of the Indonesian PT. Tehnika Pancha Tazakka. He believes that all-wheel drive trucks of the Kama Automobile Plant are among the best in the world. And confirmation of this is the victory in the Paris-Dakar rally.

The start of assembling "KamAZ" in the Country of three thousand islands, according to Pancha Tazakki, is scheduled for September of this year, after they have been fully certified. The parties have not yet announced the volume of investments in the joint venture. This question is at the negotiation stage. It is known only that the financing of the organization of the assembly will fall on the shoulders of the Indonesian company. KamAZ will be responsible for the supply of components.