The course of history: the difficult way of Ukraine 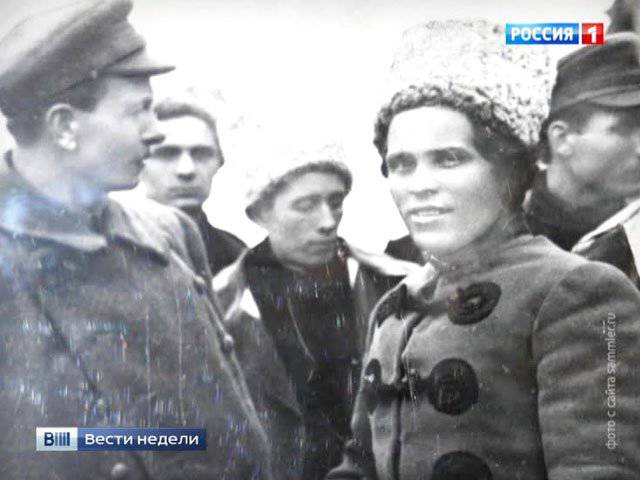 Reflecting on Ukraine and what is happening there, it is impossible to get rid of the pictures of the past. How did Ukraine change along the way? stories?

The first truly World War ended. Some empires collapsed, feeding their new fragments. Monarchs, chancellors, prime ministers, presidents, dictators - everyone hoped to defeat it completely, that is, to draw the boundaries that would guarantee security: strength for themselves, weakness for the rest.

The Russian empire was shared by everyone, even the allies of the Entente, and, of course, defeated Germany and Austria-Hungary. It looked like the Austro-Hungarian fantasy of a possible victory: move Russia to Kuban, make the resulting territory Ukraine. Wide buffer.
After the Bolshevik coup in 1917 in Kharkov, the Congress of Soviets created the Ukrainian Soviet Republic. There were also Odessa Soviet Republic, Donetsk-Krivoy Rog. West Ukrainian People's Republic is not Soviet. And not the Soviet Ukrainian People's Republic, whose independence was proclaimed by the Kiev Central Rada.

"When the Central Rada began to negotiate future borders with Germany and Austria-Hungary, they didn’t want to give up Galicia in any way. What was in the territories of western states. Moreover, they drew such conditions to Ukraine that 60 million pounds of bread should Ukraine was to supply these peaceful conditions directly to Germany and Austria-Hungary, ”said Mikhail Myagkov, head of the Center for the Study of Wars and Conflicts at the Institute of Universal History of the Russian Academy of Sciences.

The very first attempt of the Central Rada to stop feeding the German army ended in a coup. In the autumn of 1918, the Ukrainian People’s Republic was abolished. The Germans bring to power Hetman Skoropadsky, a former officer of the tsarist army. Declared Ukrainian state. Everyone is fighting with everyone. There are so many gangs operating around that the hetman himself leaves Kiev, accompanied by serious security. The peasants - no protection.

"Through the slot of the machine gun, I look for in the dust of the enemy" - these are the poetic lines of Nestor Makhno. He also built a free Ukraine. But without a state. An anarchist communist, contagious, desperate, he distributed his land, robbed others, did not give Jews any offense, oppressed German colonists. Such is the idea of ​​justice.

Makhno hated Skoropadsky for collaborating with the Germans. Skoropadsky defeated the chieftain so that he entered into an alliance with Lenin. Tales, fights with Denikin, taking Perekop. When Makhno was no longer needed, he was outlawed. Lenin had his own idea how to equip Ukraine. Old Man in her place was not. He fled to Paris. He died in poverty. The fate of the Ukrainian state under the leadership of Skoropadsky also proved tragic.

If you arrive in Kiev by train, you will immediately find yourself on Simon Petlyura Street. It is practically the center. Just five years ago, she bore the name of the Comintern. And they called it that in 1919. And not at all the Bolsheviks - they were not in Kiev then. There were hetmans, chieftains, cadets, royal officers, German occupying forces.

Petliura is a Social Democrat, a missed seminarian, a bright publicist. In the magazine "Ukrainian Life", he called on Ukrainians to "fight for Russia to the end." This is the beginning of the war. And already in 1917-m, he is engaged in the formation of the Ukrainian army exclusively from the Ukrainians. The Ukrainian Power does not recognize Skoropadsky and with his army - the Gaydamatsky cat - goes to Kiev to build his Ukraine - without the Germans, without the Russians, without the Bolsheviks.

"And who are the Petliurists? On whom did Petliura rely? These are the Haidamaks, the Sich Cossacks, the anti-Semites, the Russophobes. Massacre began in Kiev. Russian families were also cut out. Recall Bulgakov, the Myshlayevsky and the Turbins, who fled and did not know what to do, how to be in these conditions ", - said Mikhail Myagkov.

In the same year 1919 Petlyura captured Kiev. “Mysterious and Faceless” - this is how Bulgakov calls him in the novel “The White Guard”. Turbin House on Andriyivsky Descent. I wanted to see how the famous tiled stove is doing, but it’s impossible - they say it’s not enough that the museum was set on fire because of Russian journalists.

Petliura called the allies of the French, the Poles, but neither they nor others wanted to help him build an independent Ukraine. Very soon the Bolsheviks drove him out of Kiev, expanding the borders of Soviet Ukraine. But not for long - the Poles attacked.

Petliura fought on their side. Bargained for future territory. Only the case ended with the Polish occupation. And for Petliura - emigration. He fled to Paris, a city where both Russian officers and Jewish inhabitants fled from his Haidamaks. He was tracked down and shot on the street by a Jew Samuel Schwarzbard. It is still argued whether he was a Soviet agent or a Jewish avenger, or both.

Europe was also engaged in the division of a new world power - the United States of America. The Library of Congress holds the documents that President Woodrow Wilson had armed for Versailles talks. Recommendations of the American intelligence network.

“For example, in the case of Russia, how to divide, select which parts of the western former Russian Empire should become independent states. Creating a Crimean state separate from Russia seems unrealistic, and without Crimea, Ukraine has limited access to the Black Sea. The recommendation was to include Crimea in Ukraine Galicia, too, "said Ted Falin, a researcher at the Library of the US Congress.

“Galicia lost all contact with the Orthodox Ukraine from the 14th century and was under Poland. Then its pieces became part of the Hungarian kingdom. Then it became Austro-Hungarian territory. And that was before the First World War. And here the Russophobian version begins of the Ukrainian idea, because even the nationalists of the Central Rada, who spoke for a separatist Ukraine in 1917 and later, did not have such Russophobia. We were brothers in the faith, "said Natal, head of the Paris branch of the Institute for Democracy and Cooperation Iya Narochnitskaya.
In 1939, under the Molotov-Ribbentrop Pact, Galicia joins the Soviet Union, which means Ukraine. Stepan Bandera - from these places. The son of a Greek Catholic priest who has been preparing himself for war since childhood. He even went to the teeth not to see a doctor, but to a blacksmith. His ways of achieving the goal are terror. He organized the murder of a Soviet diplomat in Lviv, killed Polish officials, professors, students.

He was caught, sentenced and should have been executed. But the Poles did not have time - the Nazis came and released. Canaris himself gave the bride a promising fighter. His characteristic: charming, strong-willed, with the inclinations of a bandit. Can be used. He headed the Organization of Ukrainian Nationalists.
“The first major Jewish pogrom with the active participation of Bandera’s supporters was held in 1941. Then, in Volyn, in 1943, there were massacres of the Polish population. According to some calculations, more than 120 thousand Poles perished as a result of these pogroms. People were attacked and killed even during church service, "said Tamara Guzenkova, deputy director of the Russian Institute for Strategic Studies.
In 1943, the UPA and the OUN acted on behalf of Bandera, but without him, the Nazis put him in a concentration camp. But, of course, not for the Jewish pogrom in 1941, but for the fact that he solemnly announced the creation of an independent state. He was sure that it was the Germans who were waiting for him. The Fuhrer got angry, but didn’t kill Bandera. Held to 1944 year. And when it took to cover the German retreat, released.

Bandera, though he was not very obedient, but partisans regularly worked against the Red Army. And after the war, the nationalist underground was called Bandera, although Bandera himself lived abroad. He was killed in 1959 in Munich by Bogdan Stashinsky, a Ukrainian nationalist recruited by the Soviet secret services. I splashed poison into Bandera. Got praise and fled to West Berlin. Infrequent case of double betrayal.

So, by 1953, the border of Soviet Ukraine looked like this: in the west - according to the Molotov-Ribbentrop Pact, in the south - history had a peculiar sense of humor - in 1954, Khrushchev, unknowingly, fulfilled the wishes of American intelligence - transferred Crimea to Ukraine.

The Soviet man thought little about who came from. They understood, of course, that Brezhnev was from Dneprodzerzhinsk, but they did not know that in the passport the general secretary wrote nationality “Russian”, then “Ukrainian”. It was not decisive, as it probably was for Lanoviy, Vertinsky, Kozlovsky, Paton, Vernadsky, Bystritskaya, Bondarchuk - the overwhelming majority of those who lived within the boundaries of that uneasy Ukraine.

Ctrl Enter
Noticed oshЫbku Highlight text and press. Ctrl + Enter
We are
Donetsk Republic: Myths and RealityFrom the history of own names of aircraft of Russia, 1885-1917 years
Military Reviewin Yandex News
Military Reviewin Google News
15 comments
Information
Dear reader, to leave comments on the publication, you must sign in.