Not so easy to make Russia pay

March 4 2014
195
Even before Vladimir Putin publicly announced his intention to send troops into the Crimea on Saturday, Obama and his team had already discussed how to respond. They considered the cancellation of the president’s trip to Russia for the June summit, the postponement of a possible trade agreement for an indefinite period, the expulsion of Moscow from the G-8, or the sending of American warships to a problem region. 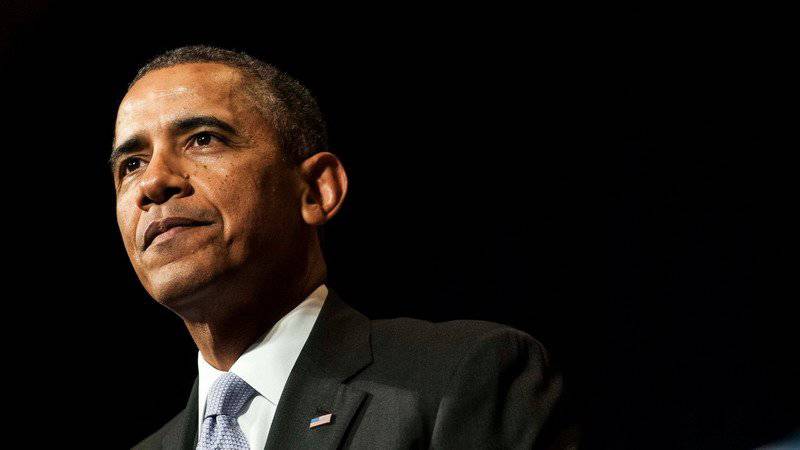 The same set was offered to George W. Bush in 2008 during the Russian-Georgian war, another wayward former Soviet republic. Then the "payback" was not very effective and short. Russia stopped the offensive, but did not fully fulfill the terms of the peace agreement. Obviously, past experience does not deter Russia from again threatening its neighbor.

“The question is, will these measures be enough to prevent Russia from taking advantage of the situation in Crimea?” This is a very complex topic, ”retired US brigadier general Kevin Ryan, who was the military attache of the US embassy in Moscow, believes. He now works at Harvard and coordinates the informal talks of former Russian and American officials.

Obama’s first reciprocal step on the 90-minute phone conversation with Putin was the suspension of preparations for the June G-8 summit in Russia. The White House said that “Russia's continued violation of international law is fraught with considerable political and economic isolation.”

According to Michael McFaul, who resigned from the post of US ambassador to Moscow, the president should make it clear to the Russian business community that it will be cut off from the rest of the world. In his opinion, it is necessary to conduct a serious discussion of economic sanctions as soon as possible and voice them before Russia takes further action.

But Putin has already shown that issues of international prestige will not stop him. The Winter Olympics have just ended in Sochi, and he must understand that with today's actions he is practically throwing away his seven-year efforts and $ 50 billion aimed at improving Russia's image. Putin has already decided that historical Russia's interests in Ukraine, which was ruled by Moscow before the collapse of the Soviet Union in 1991, are more important than any diplomatic damage.

Putin may refrain from directly joining the Crimea, but instead leave the troops there for an indefinite period, proclaiming the need to protect the local population from the new pro-western Kiev government. Following his proven scenario, he will create a loyal Moscow state, as happened with South Ossetia and Abkhazia, breakaway from Georgia. In addition, the White House fears that the expanding crisis will push the entire Russian-speaking Eastern Ukraine to the attempts of separation.

It will be difficult for Obama and his European allies to make Putin change his mind. The American president has repeatedly come across the fact that the US threats do not prevent authoritarian rulers from using force. So, Syria violated his ban by using chemical weapon.

Putting pressure on Russia is even harder. Even in the post-Soviet era, it is too serious a force to succumb to the formidable suggestions or demonstrations of military power. Economic sanctions will also not cause much harm to a resource-rich country in a short time. The veto in the UN Security Council allows you to ignore the global community. In addition, Russia is the main European supplier of natural gas, which puts it in an advantageous position over America’s allies.

Long-term measures are more effective, but they are not indisputable. Thus, bank sanctions can be applied to Russia, similar to those that strangled the Iranian economy. But Europe, which has strong economic ties with Russia, may oppose. And Obama himself is unlikely to resort to such powerful financial weapons, especially when Russia’s assistance in Iran and Syria issues is required.

“So what can we do?” Asked Fiona Hill, a Brookings Institution employee who specializes in Russia and held a high position in intelligence during the Georgian war. - “We will face sanctions, prohibitions, we will reach madness. And he will just watch from the side. He knows that no one wants war. ”

Jeffrey James in August 2008 was Bush's national security adviser. He was the first to inform the president about the advancement of Russian forces in Georgia in response to the "aggression against South Ossetia." Coincidentally, the then clash also occurred during the Olympics, when both Bush and Putin were in Beijing for the summer games.

The pressure on Putin failed. Then Bush sent American ships to the troubled region and provided military transport for the return of Georgian troops to Iraq. He sent humanitarian aid with military aircraft, hoping that because of the presence of the American contingent, Russia would not attack Tbilisi. In addition, Bush has suspended work on the pending approval of the Russian-American agreement on cooperation in the field of civilian nuclear energy. The North Atlantic Alliance interrupted military contacts with Russia.

“We did a lot, but our capabilities were severely limited,” recalls Jeffrey.

In the Bush administration, more active actions were discussed, for example, the bombing of the Roki tunnel to block Russian forces or the delivery of Stinger anti-aircraft missile systems to Georgia. Secretary of State Condoleezza Rice tore and metal. National Security Advisor Stephen Hadley convinced the president to hold a meeting with his team about the possible dispatch of American troops.

There were no supporters, and Bush did not want to exacerbate the situation. Although Russia stopped its advance towards Tbilisi, it ensured the actual independence of South Ossetia and Abkhazia, leaving the troops in the areas from which they were to be withdrawn under the terms of the truce. About a year later, the isolation of Russia ceased. Obama came to power and tried to improve relations. Military cooperation between Russia and NATO resumed in 2009. In 2010, the United States returned to work on an agreement on civilian nuclear power.

Jeffrey, now an employee of the Washington Institute for Middle Eastern Policy, believes that Obama must act decisively, proposing to place NATO forces on the Polish-Ukrainian border: “Now we will not save Ukraine. Save the alliance - that's all we can. ”

Other experts, for example, Kevin Ryan, warn that Ukrainians may mistakenly interpret the movement of troops as aid from the West and begin to act more aggressively towards Russia.

Fiona Hill believes that the Russian leader can simply wait, “Time is working for him.”

Ctrl Enter
Noticed oshЫbku Highlight text and press. Ctrl + Enter
We are
"Polite people" in the Crimea through the eyes of AmericansUS National Security Interests and American Values: Primary and Secondary
Military Reviewin Yandex News
Military Reviewin Google News
195 comments
Information
Dear reader, to leave comments on the publication, you must sign in.