The West is no longer so unanimous in anti-Russian hysteria 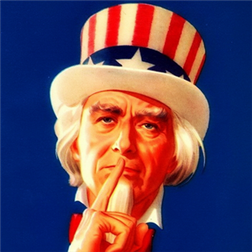 Not all Western experts and journalists are jackals in the interests of the State. US and NATO departments. After the revelations of WikiLeaks and Edward Snowden, there was a rethinking of attitudes towards the US and NATO. Many are fed up with an empire of lies that invades other countries and overthrows objectionable governments, hiding behind the rhetoric of human rights protection.


With regard to the events in Ukraine, there is no longer such a harmonious flow of false propaganda as was the case during the August 2008 events in South Ossetia. Since deceiving people who have access to a wide range of information resources on the Internet, it becomes more difficult and threatens to lose its reputation.

“Now we see easily predictable consequences of the fact that at the time when Russia’s attention was focused on the Olympics in Sochi, the United States and the EU irresponsibly supported the organizers of the coup, aimed against the lawfully elected president of Ukraine.

The office pyromans, who decided without taking into account the possible consequences of playing with fire, having set one part of Ukraine against another, can now, of course, express dissatisfaction with the arrival of the Russian “firefighters”. However, it is precisely these pyromania who will have enormous responsibility before history for the general weakening of the Ukrainian state. "

“The actions that Russia is taking in Crimea cannot be considered something unexpected. Crimean ports are extremely important for the security of Russia. It is perfectly predictable that the Russians will not allow themselves to be held. They take protective measures against the power of the coup-adventurers, which is under the abominable influence of neo-Nazis.

The legitimate discontent of the Ukrainians benefited from people receiving a salary from North Americans, including the most despicable and dangerous. Relying on the corruption and cruelty of people who are now in power in Ukraine, the United States and NATO have been playing against Russia for many months. ”

“Russians can, not without reason, assert that the United States is interested in territorial integrity only when it is in their interests. The track record of US governments shows that they ignore it when it suits them, as when they, along with NATO allies, violated the territorial integrity of Serbia by creating and then recognizing independent Kosovo. And besides - by supporting the separation of South Sudan from Sudan, Eritrea from Ethiopia and East Timor from Indonesia. In other words, lecturing on the observance of sovereignty and territorial integrity may be perceived by the United States as a claim to special rights that are not recognized for others. The current confusion in Ukraine is not caused by Russian intervention, but by how this country was randomly assembled from a number of not always compatible parts. Because of its history, geography, and economic ties, Ukraine can by no means be a prosperous, robust and united country without friendly (or at least not hostile) relations with Russia. ”

Former US Ambassador to the USSR Jack Matlock.

“The bloody junta in Kiev has no right to exist. In Kiev, there was a fascist coup.
Russia has the right to protect people in the Crimea and in Eastern Ukraine. ”

"Do not make a drama of the Crimean crisis", - with such a heading the other day a newspaper appeared The Times.

“NATO countries should not overreact to Vladimir Putin’s protection of Russia's historic Russian interests in eastern Ukraine. For us in the West, this crisis is a crisis only to the extent that we ourselves wish it, ”the author’s article, former British Ambassador to Germany and the United States Christopher Meyer, cools compatriots, adding that the crisis for the Russian president is immense. “In Russia, he faces almost universal contempt if they consider that he has lost Ukraine and especially Crimea.”

"The Ukrainian crisis: John Kerry and NATO should calm down and retreat," and this is a call from the British edition. The Guardian.

“The threats of John Kerry to exclude Russia from the G-8 and the Ukrainian government’s pleas for help to NATO create a dangerous escalation of the crisis that can be easily resolved if cold heads prevail,” says journalist Jonathan Steele. - In Washington and Kiev, it seems, hysteria reigns, since the Ukrainian Prime Minister declares: "We are on the verge of a catastrophe." And announces mobilization in response to the movement of Russian troops in the Crimea. If he spoke about the economic problems of the country, it would be understandable. Instead, together with the majority of American and European media, he is too dramatizing events in the east, where, for obvious reasons, the Russian-speaking population is alarmed by the abolition of the language law by the new Kiev authorities. They see this as evidence that anti-Russian ultra-nationalists from western Ukraine still control the situation. Kerry's desire to punish Russia and the decision of NATO to hold a meeting of the Alliance members in Brussels was a mistake. Ukraine is not part of this alliance, and no obligations for collective defense are not valid here. NATO should stop crawling into the affairs of Ukraine both in words and in deeds. There is no doubt that the Pentagon once wants to replace the Black Sea Fleet with the American fleet in Sevastopol and Balaclava. ”

Quotes taken from the site kp.ru

Ctrl Enter
Noticed oshЫbku Highlight text and press. Ctrl + Enter
We are
"We will not give anyone back the peace brought by Russia" - Ambassadors of South Ossetia and Abkhazia to the Russian FederationNikolay Silaev, Andrei Sushentsov: Georgia after the elections and prospects for Russian-Georgian relations
Military Reviewin Yandex News
Military Reviewin Google News
45 comments
Information
Dear reader, to leave comments on the publication, you must sign in.