Refugee from Ukraine: I do not want to participate in a fratricidal war 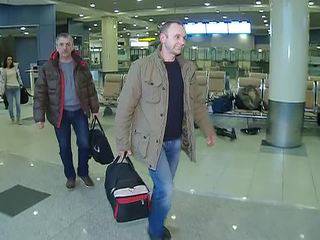 Not all military service in Ukraine are going to weapons in the hands to defend the new power. So, one of the residents of Kiev came to Russia and intends to seek political asylum here.


At four in the morning, Anatoly Kokhno found out about the mobilization and tore up his military ID. At seven I arrived at Boryspil airport, at eight forty flew away from Kiev. In Moscow, Anatoly said he did not want to participate in hostilities and asked for political asylum.

"If it was some kind of real threat to the population, and not political games, it would be a completely different conversation. But I don’t get into politics: it's bad when a brother goes to his brother," Anatoly explains his decision.

According to Anatoly, many Ukrainians were shocked by the announcement of mobilization. Several of his friends also tore up their documents and did not go to the military registration and enlistment offices.

Anatoly is sure that in the near future thousands of people will leave Ukraine for Russia. The flow of people, he said, is likely to go through Belarus.

Those with relatives in Russia will be much easier to move and obtain citizenship. For example, Anatoly in Moscow was waiting for his wife and daughter. Did not sleep all night. "I asked to collect things and urgently take off. Because the child needs a father. Alive," recalls Anatoly, Zemfira, wife.

In the coming days, Anatoly will need to go to the Federal Migration Service and write an application for asylum. He has seven days to do this.