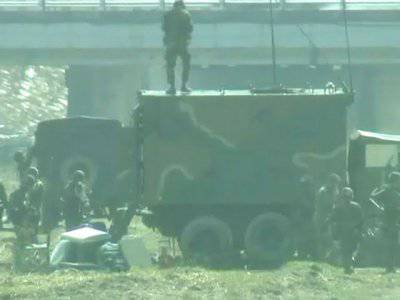 The DPRK launched two short-range missiles from the east coast of the Korean Peninsula, Yonhap reported, citing the South Korean Ministry of Defense. According to the agency, we are talking about Scud-C missiles, which are in service with the Korean People’s Army. Their range is 500-600 kilometers, ITAR-TASS reports. This allows them to be used to defeat targets in South Korea and in parts of Japan.


Earlier, on February 27, the North Korean military launched four short-range ballistic missiles. All rockets had a range of no more than 200 kilometers and were launched from the southeast coast of the DPRK. It is assumed that this is related to the large-scale exercises of the South Korean and American armed forces now being held in South Korea, which Pyongyang calls the development of the invasion of North Korea.

Ctrl Enter
Noticed oshЫbku Highlight text and press. Ctrl + Enter
We are
BAE Systems Launches 3D Virtual Ship Simulation Technology for Royal NavySyria launched dozens of ballistic missiles, so that they did not get the rebels
Military Reviewin Yandex News
Military Reviewin Google News
2 comments
Information
Dear reader, to leave comments on the publication, you must sign in.