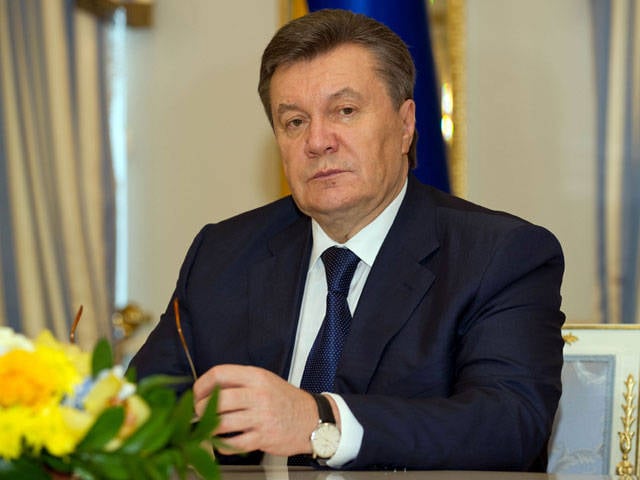 The General Prosecutor’s Office of Ukraine opened a new criminal case against Viktor Yanukovych, ITAR-TASS reports. "After Yanukovych’s speech in Russia in Rostov-on-Don, it was decided to open a criminal case for trying and calling for overthrowing the constitutional order in Ukraine,” said acting Prosecutor General Oleg Makhnytsky on the Ukrainian First National TV Channel on Sunday, March 2.


The reason for the inspection was the statement of the people's deputy of Ukraine Valeriy Karpuntsov: he believes that the statements made by Yanukovich and the mass media circulated, as well as his decree of February 27, contain signs of such a crime.

Ctrl Enter
Noticed oshЫbku Highlight text and press. Ctrl + Enter
We are
The Prosecutor General's Office of the DPR opened a criminal case against Poroshenko, Turchinov and YatsenyukPolish prosecutors opened a criminal case against the UPA
Military Reviewin Yandex News
Military Reviewin Google News
36 comments
Information
Dear reader, to leave comments on the publication, you must sign in.