Pilot Aces of the East 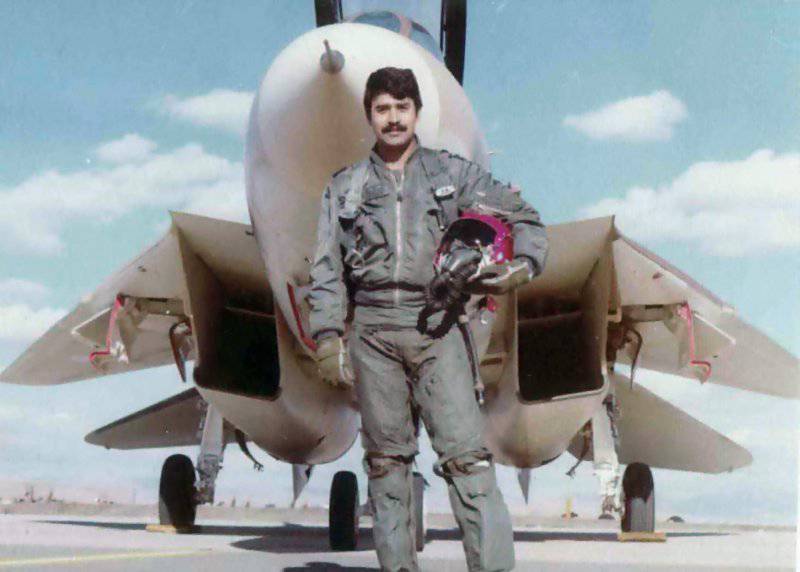 “The experience of war makes it possible to make such a conclusion. Each regiment had about 5, a maximum - 7 pilots who shot down much more than others in aerial combat (they accounted for about half of all enemy planes shot down) "
- G. Zimin. “Tactics in Combat Examples: Fighter aviation division".

The phenomenon of the appearance of aces-pilots remains the greatest mystery in stories combat aircraft. Professional intuition, piloting skills and a keen eye. The usual luck or the result of the accumulation of combat experience in exhausting battles with the enemy? Science does not know the exact recipe for success.

Such people were born in different countries at different times. And, every time, they turned out to be among the rare "lucky ones" that brought half of the air victories of the squadron (regiment, division - while changing the scale, the proportions remain).

The East is a delicate matter, said Comrade Sukhov. And he was absolutely right: the mores of the inhabitants of the Muslim East are fundamentally different from the norms adopted in European Christian society. Different stories, other ways of civilization development.

The great past of Central Asia has dissolved in time - for the past several centuries, this region has objectively inferior to Europe in economic, industrial and scientific development. The immigrants from the peoples of the Caucasus and Central Asia entrenched a stable status of "guest workers", "ethnic bandyuk" and "lazy merchants apricot." Completely unsuitable for controlling such complex and expensive equipment as a combat aircraft.

But is it really?

Included in the number of 50 most successful Soviet fighter pilots of the Great Patriotic War. One of the five Soviet aces who managed to overcome the bar in 600 sorties (along with A. Alelyukhin, A. Pokryshkin, N. Skomorokhov and L. Shestakov). 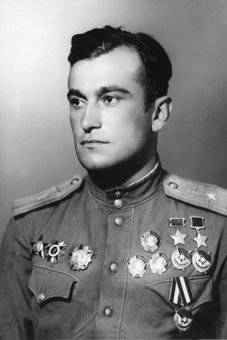 It is considered the leader in the extermination of Xe-111 (seven downed bombers of this type). It is worth noting that from the middle of 1943, the Heinkel carried reinforced defensive armament: the rear hemisphere was covered by 4 firing points, which made its interception a deadly task.

During the war years, a talented pilot mastered several types of fighters: the domestic I-153, Yak-1, Yak-7B, foreign Hurricane and Bell Aircorb. Victory Amet Khan Sultan met on the most powerful La 7. In total, during the flight work as a military pilot and test pilot, he mastered about 100 types of aircraft, with a total raid of 4237 hours!

Like many aces (the same German G. Barkhorn), Amet Khan began his career no matter: in the first year of the war, he never managed to shoot down a single enemy plane. He won his first air victory on 31 on May 1942 of the year under very unusual circumstances: he caught up with the reconnaissance Junkers at maximum height, shot all the ammunition, and then rammed the enemy, striking him from below with his left wing.

The strongest blow crumpled the lantern and for a moment stunned the pilot. Amet Khan regained consciousness from shaking and a deafening whistle - burning Yu-88 went to the ground, hooking his “Hurricane” with it. Thick smoke blanketed the cabin, gasping for lack of air. At the moment of mortal danger, consciousness prompted the only true thought: "Jump!" With a quick movement, he unfastened his seat belts and rushed out of the cab - and stopped in horror. The cabin of his fighter covered with the right wing of the "Junkers", the exit was blocked. At the cost of incredible physical efforts, Amet-khan managed to push his plane away (!) And safely get out of the fire trap. 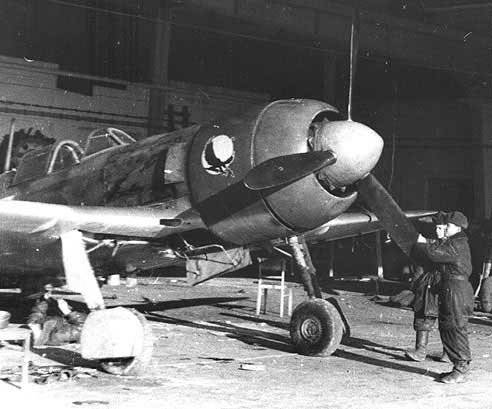 Fighter La-7 Amet-Khan Sultan with the legendary eagle from Mount Ai-Petri
With each departure, the flight, tactical and shooting skills of the pilot grew, the number of victories grew and self-confidence strengthened. In the fall of 1942, he assumed the position of commander of the 3 squadron of the 9-iap, one of the best fighter units of the Red Army air force. As part of his regiment, Amet Khan defended Stalingrad, took part in the liberation of Rostov-on-Don, the Kuban and the Crimea, fought in East Prussia, participated in the capture of Berlin. Major Amet-khan Sultan, his last airborne victory, won 29 on April 1945 of the year, knocking down the FW-190 fighter over the Tempelhof airfield in Berlin.

The famous pilot died in the 1971 year, during the tests of the flying laboratory of the Tu-16LL.

Soviet attack pilot, twice Hero of the Soviet Union, the record for the number of sorties on the IL-2 and the number of enemy aircraft shot down on it.

In the tactical leadership of the Luftwaffe pilots, a categorical ban was imposed on the Il-2 attack from the front hemisphere. There is no need to even try to get Ilu "in the forehead" - an armored attack aircraft with 23 mm guns and ShKAS machine guns will sweep away any target in its path with fire.

Firepower and booking - these are the advantages of his plane brilliantly owned by Talgat Begeldinov. In his hands, the slow and clumsy "IL" turned into a mighty flying fortress, able to stand up for themselves in air combat with any "Messerschmitt." The command trusted the young pilot so much that he often let him go on missions without fighter cover. 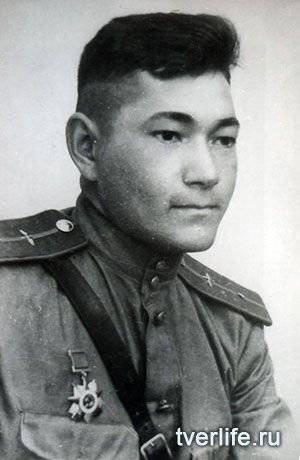 Talgat Yakubekovich Begeldinov was born on August 5 on 1922 in the village of Maybalik, Akmola region, in the Kazakh SSR in a peasant family. By nationality - Kazakh.

On the fronts of World War II from January 1943. He flew in the squadron of the Hero of the Soviet Union S. P. Poshivalnikov. Soon he became his deputy.

October 26 1944 of the Guardian Senior Lieutenant Begeldinov Talgat Yakubekovich for bravery and combat skills shown during the liberation of the cities of Znamenka, Kirovograd, for the 4 aircraft personally shot down in aerial battles awarded the title Hero of the Soviet Union. 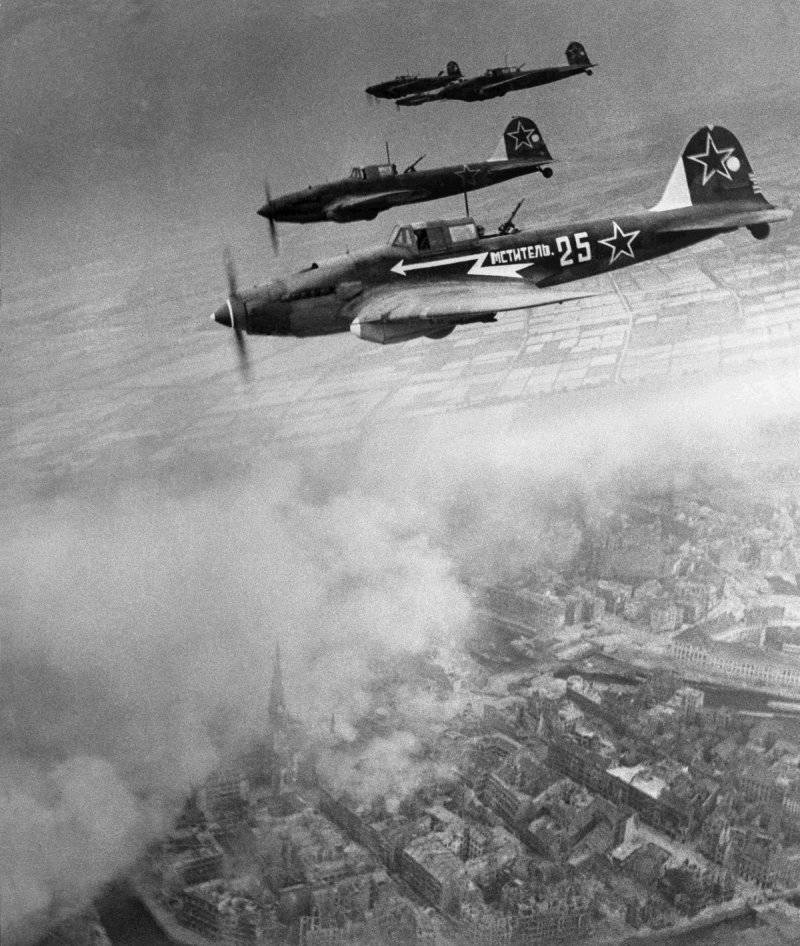 In total, over the two years of the war, T. Ya. Begeldinov made 305 combat missions to attack manpower and equipment, simultaneously shooting down enemy aircraft in 7 air battles.

The air forces of the Democratic Republic of Afghanistan were notorious among Soviet military pilots. The Afghan pilots came from noble Pashtun and Tajik families - therefore, they considered themselves absolute kings in the air and did not pay attention to various prescriptions and instructions. They flew little and reluctantly, with mandatory, prescribed by the Quran, weekends on Fridays. They preferred to drop bombs at random - and quickly returned to the base. Of course, one could not pay attention to such petty pranks of the “allies”, if they did not regularly hijack aircraft in Pakistan and did not “merge” information about the upcoming operations to the field commanders of the Mujahideen.

However, even in this gathering of mediocrity, parasites and traitors there were truly dedicated to the sky pilots who were ready to fulfill their duty to the end. That was Ghulam Mustafa Khan (1953-1994) - deputy. 355 th commander apib Air Force DRA. 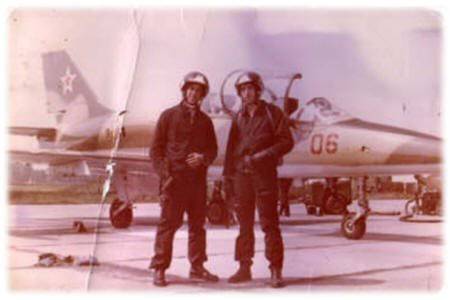 Ghulam Mustafa Khan (right) during training in the Soviet Union
Having received a brilliant flight training in the USSR, Mustafa returned to his homeland, where he was enlisted in the Afghan fighter-bomber air regiment at Bagram airbase. Already at the stage of formation, the young pilot was distinguished by good piloting skills, technical literacy, and moral and volitional qualities. By 1987, Mustafa was the only pilot from the entire regiment who was allowed to fly at night and in adverse weather conditions.

In the same year there was a tragedy - the Mujahideen slaughtered the family of Mustafa. From now on, the pilot's fury knew no bounds - Mustafa Ghulam made several combat sorties every day, dropping tons of bombs on the Afghan mountains and ravines. During the fights for Jellalabad, he literally did not get out of the cockpit of his Su-22 (export version of the Su-17), flying with a maximum load for the person. By 10-11 departures per day!

During one of the sorties, Mustafa was shot down, his spine was injured. After prolonged treatment, he received the rank of general and was presented to the award “Hero of the Democratic Republic of Afghanistan”. But even after moving to a staff position, he could not leave the fighter steering wheel. During the attempted military coup of 6 in March of 1990, when part of the army units rebelled against the government of Najibullah, General Mustafa personally led the operation against the Bagram airbase, which had sided with the rebels. Taking off at the head of the group from the airfield near the town of Mazar-i-Sharif (obviously, with AB Shindad), he bombed the Bagram runway, thereby prejudging the outcome of the uprising. For which he was re-submitted to the highest award of the Republic of Afghanistan. 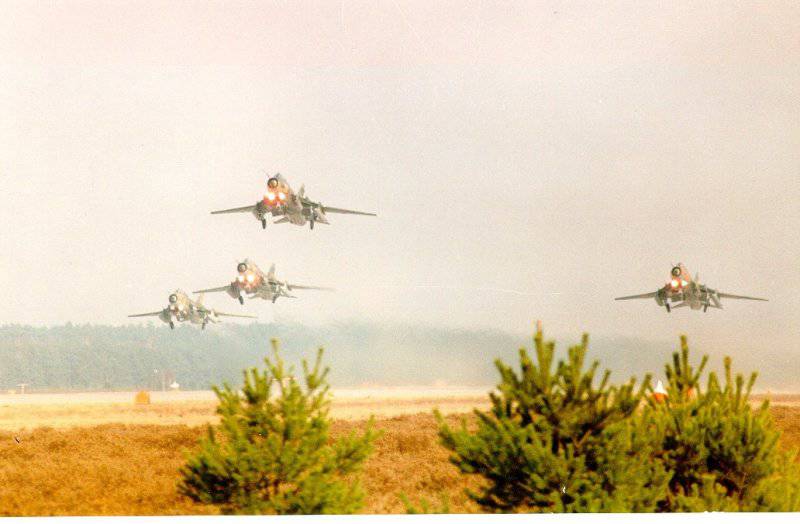 Death found a hero during one of the sorties to bomb the positions of the Taliban. 30 January 1994 The “Drying” of General Mustafa was intercepted by the Islamic State of Afghanistan Air Force MiG-21 fighter - the plane crashed in the mountains northwest of the Salang Pass.

The crash site and the remains of a brave pilot were accidentally discovered in 2009 and reburied in Kabul with all military honors.

Sniper of the Persian sky, considered one of the most successful fighter pilots of the jet era. The world's best heavyweight F-14 interceptor. The original “Top Gun” - unlike the showy Maverick, who was successfully played on the screen by T. Cruz.

The life and career of this ace is worthy of a tough Hollywood blockbuster - with sharp turns of plots, deafening failures and bright victories. 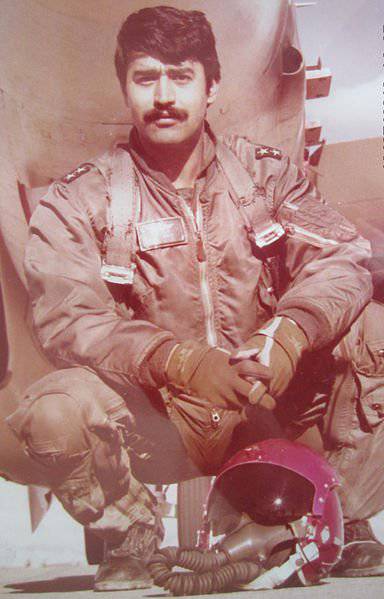 Jalil Zandi came to aviation during the Shah’s reign, when Iran was still a secular state and maintained friendly relations with the West (this is about the appearance of the latest F-14 fighters in Iran). With the change of regime, Zandi started in trouble - not fully realizing the seriousness of his act, he openly opposed the excessive Islamization of the Iranian Air Force. For which he immediately went to the tribunal - The Guards of the Islamic Revolution issued a heretic hard verdict: 10 years in prison. Parting with your favorite heaven, prison dungeons, five-time prayer - from such News Zandi completely lost heart and began to fasten the tourniquet from the sheet to the hook on the ceiling. It was literally a miracle that saved - all the co-workers stood up for the budding pilot.

Six months later, Zandi was released from prison and again fell into the inferno. A brutal Iran-Iraq war broke out in the region, killing almost half a million people on each side in the next 8 years. The tragic events became Jalil Zandi's “high point” - while flying the F-14 supersonic interceptor, he managed to write 11 air victories into his account! According to official data, among the Zandi trophies are three fighter-bomber "Mirage" F1, a pair of Su-22, a pair of MiG-21 and four MiG-23.

Of course, when it comes to casualties in a war, all the data presented have a certain shade of improbability - state propaganda tends to inflate the losses of the enemy and underestimate losses on its part. It is possible that part of the victories were attributed to Zandi at the request of the higher leadership. The pilot himself spoke only about 9 victories, of which only 6 - 8 were reliably confirmed. But, in any case, this is an incredible amount in the era of modern jet aircraft.

Good luck left the pilot in February 1988 of the year - in an air battle, his unbeaten Tomkat was shot down by the Iraqi Mirage F1. The crew managed to successfully eject.

Jilil Zandi managed to safely survive the Iran-Iraq war and reach the rank of brigadier general. The celebrated ace pilot died tragically in a car crash in 2001. 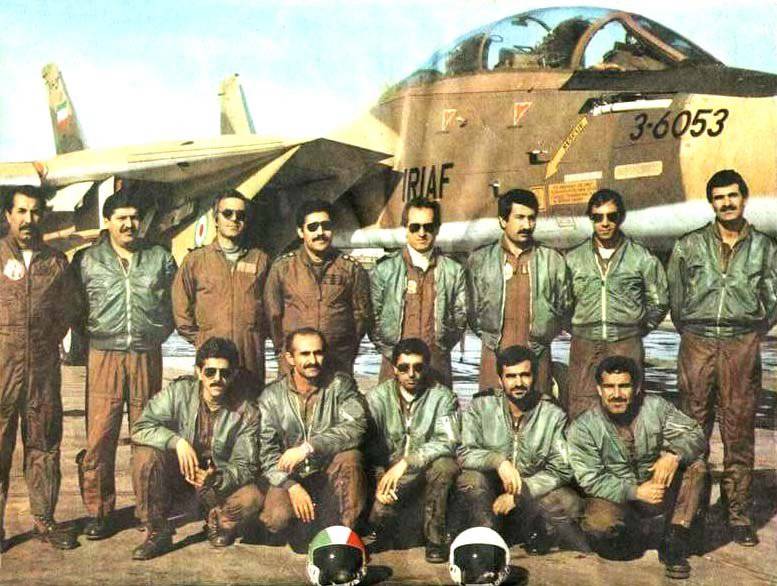