Who is Nikita Khrushchev? 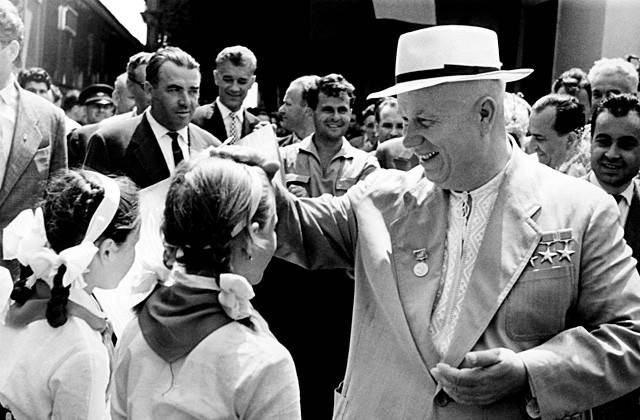 The actor, the psychological manipulator, the politician who has refused public drinking parties: the file of the CIA on the secretary general is published

Nikita Khrushchev was a "master of the word", confident in his unconditional rightness. Such a characteristic in 1961 was given to the First Secretary of the Central Committee of the CPSU by the Central Intelligence Agency (CIA) in a report, an excerpt from which published the February Slate 21 publication. The 155-page document, recently posted on the John F. Kennedy Library website, was prepared for the American president on the eve of his meeting with Khrushchev in June 1961 of the year in Vienna, where the heads of state were to discuss the German issue.

In addition to the dossier on the CPSU General Secretary General, the report included reference materials on the negotiations between Khrushchev and President Dwight Eisenhower, as well as other materials on stories diplomatic relations of the USSR and the USA.

“In his speeches he often refers to his simple origin. He is proud of his personal accomplishments and is confident that his abilities, determination and initiative are commensurate with his position; He feels jealous of his privilege and is proud of his resourcefulness, which allowed him to bypass his rivals who had underestimated him, ”the document was written by Khrushchev.

The dossier says that after Stalin’s death in 1953, Khrushchev was not a noticeable figure in the international arena, unlike Molotov, Malenkov, Beria and Mikoyan. But over time, he began to emerge from their shadows.

Initially, in the eyes of the West, Khrushchev created the impression of "an impulsive, limited, difficult-to-communicate person, to some extent even a jester and a drunkard." 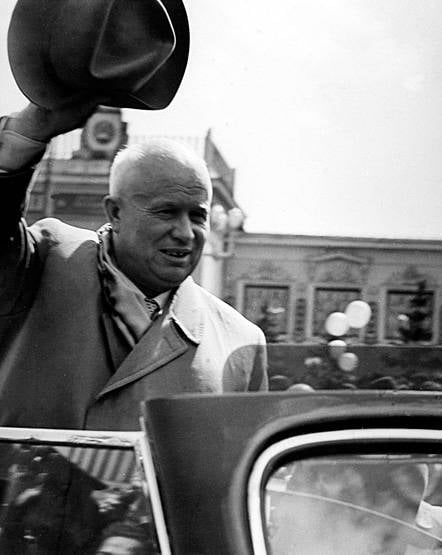 “As soon as the“ cult of Khrushchev ”rapidly increased its influence, the Secretary General himself rose to an ever higher hierarchical level and acquired new powers. Over the past two years, significant changes have taken place under him, both within the Communist Party and in the government as a whole, ”the document says. And after the first secretary settled in the top of the Soviet hierarchy, "Khrushchev and his propagandists began to inflate his image to an international figure."

At the end of 1950's, the image of the secretary general was adjusted: Khrushchev decides to abandon the public manifestations of his addiction to alcohol; thanks to the professionalism of his staff, he appears before the world community as a person endowed with a sharp and lively mind, eloquence and possessing deep knowledge in various fields.

Representatives of the West, noted in the dossier, when analyzing the personality of Khrushchev, were divided in opinions regarding the motives of his actions. Some have come to the conclusion that he is an absolute pragmatist and practitioner, following the Stalinist doctrine of habit rather than of conviction. Others were stunned by his dogmatism and noticed the limitations of his outlook on the ideas of Marx, Lenin and Stalin.

“In fact, he could work with time-tested doctrines, even if they seem outdated or inappropriate to them, as, for example, in the case of Lenin’s assertion that war is inevitable. And at the same time, he repeatedly repeated to the world community about the upcoming triumph of communism, ”wrote US intelligence officers.

They described Khrushchev as "master of the word", "actor playing bright roles" and "psychological manipulator." At the same time, he is credited with such qualities as lack of insight and confidence in his unconditional rightness, sometimes not supported by any arguments: “It is because of this character trait that he seems faithful to the communist ideology, when in reality he follows the principles of communist progress, where the end justifies the means, and the very commitment to communist doctrines grows more out of blind faith than out of their understanding. ”

The meeting between John Kennedy and Nikita Khrushchev was held in Vienna on June 4 1961. On it, the heads of state were to determine the prospects for further relations between the US and the USSR and discuss the resolution of issues related to, inter alia, the civil war in Laos, the ban on nuclear testing weapons and the Berlin crisis, the beginning of which is considered to be Khrushchev’s ultimatum from November 27 1958 of the year (known as the “Berlin ultimatum”). The negotiations failed, resulting in the erection of the Berlin Wall in August 1961, which was only demolished at the end of 1989.

Ctrl Enter
Noticed oshЫbku Highlight text and press. Ctrl + Enter
We are
Diplomats of the People's Commissariat of Defense: on the eve and during the warToday 79 would be the first man who flew into space - Yuri Alekseevich Gagarin
Military Reviewin Yandex News
Military Reviewin Google News
28 comments
Information
Dear reader, to leave comments on the publication, you must sign in.