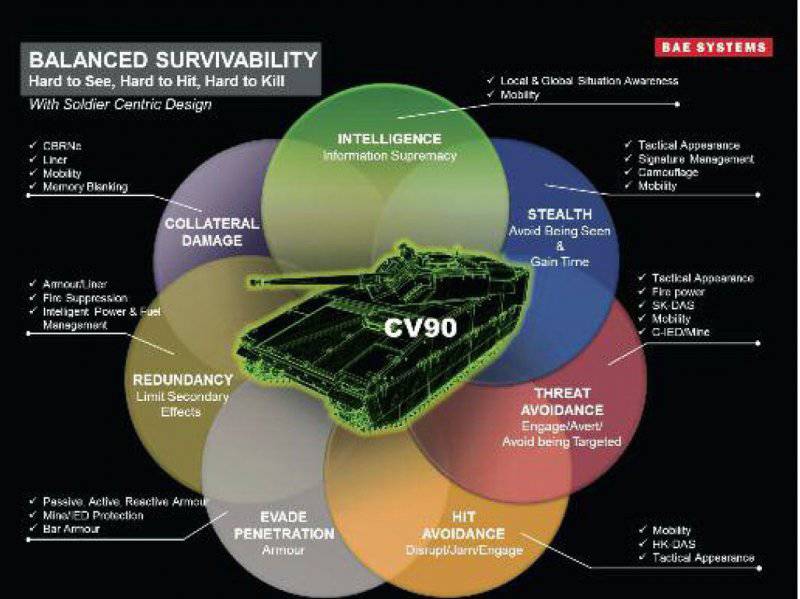 As we can see from the drawing by BAE Systems, the survivability of a machine is not the sum of the various protection systems available, but rather the integration of these systems in order to use the quintessence of their characteristics. While the concept of “survivability bulbs” remains valid regarding the sequence of actions from the point of view of the attacker, “to see - to aim - to hit - to break through - to destroy” intelligence and surveillance, with many other components may have different effects on survivability.

A good example of solving the problem of complex survivability is the approach to complex survivability in a CV-90 machine developed by BAE Systems. Compared to the original machine, the current version of the CV-90 Mk3 is fully updated in terms of mobility and protection, but mainly due to the digitization process, which made it easy to add new sensors and systems to improve crew situational awareness. BAE Systems is committed to providing the crew with the tools they need to see first, understand what is happening and, if possible, suggest what will happen. Low visibility is another key factor and includes not only a variety of equipment, ranging from advanced camouflage systems and ending with rubber tracks, but also combat training, since special tactics avoid detection. In order to hide the machine from the view, optical-electronic countermeasure systems (CEP) are used. Active defense complexes can intercept an attacking projectile at some distance from the machine. Then comes armor in various forms, reactive or passive, the latter is usually chosen in order to avoid piercing it. In order to prevent the effects of piercing armor, not only the splitting and fire extinguishing systems are responsible, but also a proper design that allows separating the dangerous material part from the crew.

A discussion of the entire set of systems and concepts involved in the protection and survivability of a machine may go beyond the article. Thus, we will try to describe the current state of affairs in some areas, for example, advanced camouflage, passive and active counteraction and passive booking systems, fully understanding that when it comes to security systems, most companies are not very talkative. Other systems, such as situational awareness sensors, have already been discussed in recent articles, while others, such as transparent armor, will be the subject of future articles. 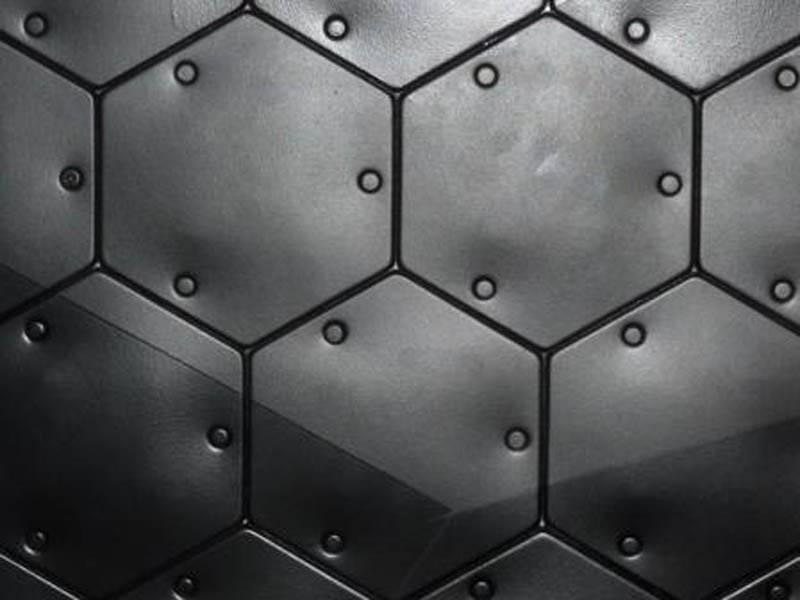 A frame from the BAE Systems advertising video (above). A close-up of the CV90, shown at DSEi 2011, shows the shape of the temperature-controlled tiles that make up the Adaptive camouflage system. 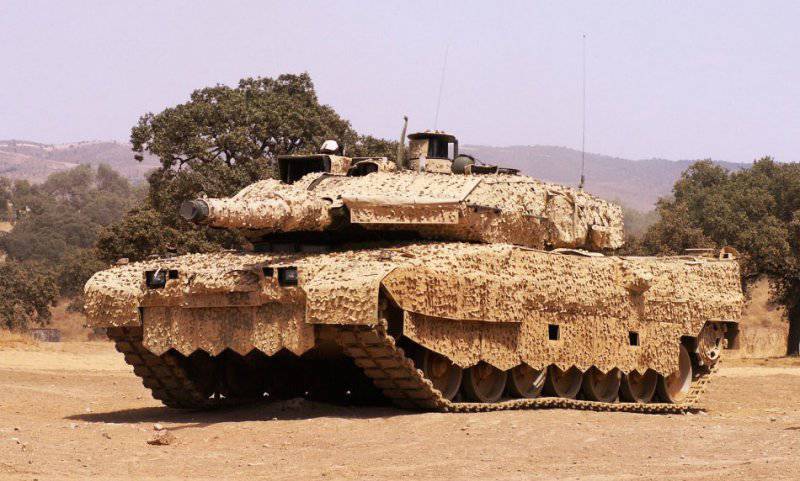 Adaptive camouflage systems are still far from practical reality, and in the meantime, Saab Barracuda offers a Mobile Camouflage System, which, according to the Swedes, covers most of the current camouflage requirements in the IR spectrum.

Video demonstration of the Adaptive camouflage system from BAE Systems

These infrared images show the deactivated Adaptive system (left), merging with its background (in the center) and the highest detail with imitation of a regular car.

The best way to avoid detection is to mix the machine with its background in all spectra. Passive systems, such as camouflage paint, camouflage nets, infrared paint, and radio absorbing coatings do this, but not to the full. In the future, however, active systems should be able to adapt camouflage to new scenarios. With the increasing penetration of technology on the battlefield, an integrated approach to disguise is needed. In the visible part of the spectrum, polymer light-emitting diodes PLED (Polymer Light Emitting Diode) and LCD (Liquid Crystal Display) are among the most promising technologies. Recently, an example of a “camouflaged” car was shown when the automaker launched an advertisement in which its car was made “invisible” by installing several LED mats on the driver’s side, while on the reverse side the background was removed by a video camera to hide it using LED mats. Defense companies are working on such solutions in full, while at the same time solving the complex tasks of ensuring not only visual, but also full-spectrum camouflage.

The question of how much adaptive systems surpass existing systems is open for discussion. According to the official representatives of one of the leaders in the field of camouflage, Saab Barracuda, many situations are currently closed by “static” systems: thermal imaging or infrared can be processed by existing systems in 90 percent of cases, the remaining 10 percent are definitely better processed by active systems. Today, Saab Barracuda’s top vehicle product for vehicles is the Mobile Camouflage System (MCS) camouflage system, designed primarily for protection during movement and in combat. MCS has several configurations and provides subtle signs in the visible, near-infrared, thermal infrared and broadband radio frequency bands. A system consisting of interlocking panels is fastened in various ways, none of which require modification of the machines. Saab Barracuda, however, is already looking to the future and 20 allocates% of its turnover to R & D, most of these funds are spent on researching new materials and on new solutions in chemistry and nanotechnology. The company believes that in the medium term, new, truly adaptive camouflage systems will appear in both the visible and thermal ranges of the spectrum.

Greek company Intermat, known for its camouflage coloring Chameleon, recently introduced a self-adhesive camouflage system in the visible and IR spectra, which was designated Chameleon Skin. A new camouflage layer can be quickly glued even by non-specialists at the lowest echelon, allowing you to quickly adapt the car to the surrounding terrain.

Some companies have already started showing some of their products. In 2006, the American company BAE Systems Land & Armaments applied for a patent for a multispectral camouflage system based on multiple reflective layers controlled by applying different electrical voltages to them. What happened to this program and how it affected other programs within the company is unclear, however BAE Systems is undoubtedly involved in the active visual camouflage industry and has recently confirmed that the multispectral camouflage system will be available "in a few years."

Further work has advanced in the infrared region of the spectrum. At DSEI 2011, BAE Systems showed its Adaptive system, funded on equal terms by industry and the Swedish military. Hexagonal tiles based on a semiconductor material that acts as a heat pump are connected to a computer, which also receives data from a thermal sensor directed toward the background (in other words, 180 degrees from the front of the tiles), which allows you to adjust the temperature of each tile to optimize merging the thermal signature of the machine with the thermal signature of its own background. The tiles across are about 150 mm in size. Thus, it takes about 450 tiles to close the CV90 board. The time required to change the temperature of the tiles allows you to use "camouflage in motion" up to the speed of 30 km / h. Therefore, the dimensions of the system are optimized for low visibility in the IR spectrum at a distance of about 500 meters. To break the reconnaissance and information circuit of an Adaptive opponent, it can also be used as a misleading system, since it allows you to show an IR signature of a completely different type of target. According to BAE Systems, the Adaptive IR system also has good radio absorbing characteristics. 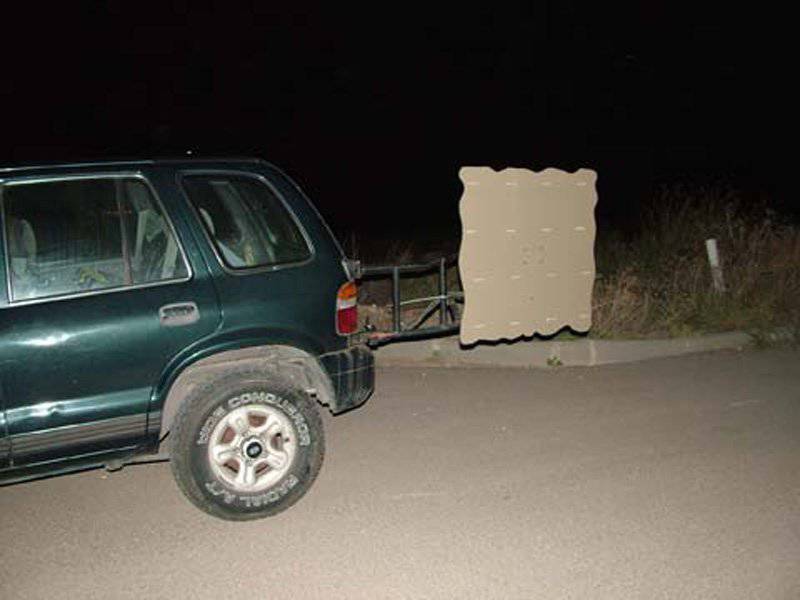 Another company active in the field of active infrared camouflage is the Israeli Eltics. Its multispectral technology of low visibility of Black Fox is now fully mastered, the company has received two patents for it, while several more are under consideration. The Black Fox touch kit is based on two cameras that scan the surrounding 360 ° space and output a thermal image to a computer, which in turn ensures that the signal is output correctly to rigid panels mounted on the vehicle in order to merge its signature with the background. Each panel works as a multi-element pixel surface, the temperature of which is set in such a way as to fool thermal imagers operating in the long-wave (8-12 μm) and medium-wave (3-5 μm) IR spectral regions. Eltics emphasizes how important the imitation of other vehicles is, interfering with and confusing the adversary's information about the concept of overall survival. Based on this, the company has developed a network-centric low-visibility and camouflage system that allows staff structures to monitor and track the camouflage colors of their vehicles on the battlefield in order to optimize disorienting actions. 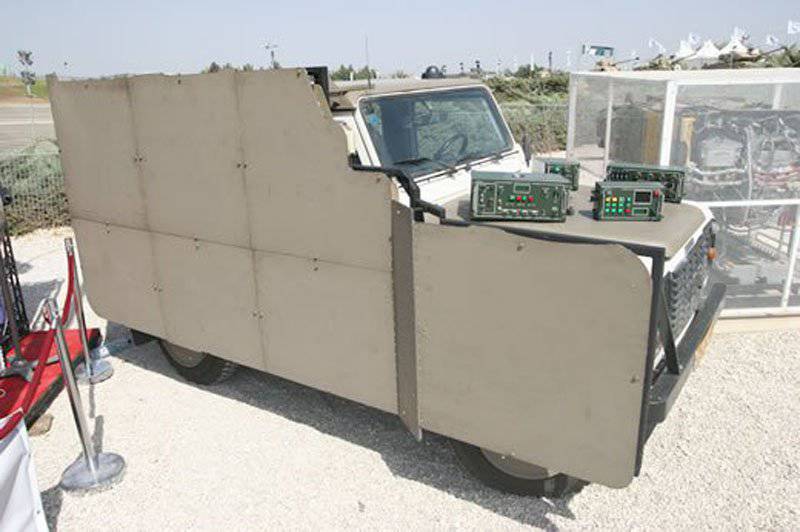 Eltics has been very successful in developing an infrared camouflage system. Frame video of one of the tests of such a system

Eltics has also developed a technology that allows you to get the same effect as with panels reducing visibility only with transparent materials while guaranteeing visibility from the inside, which is very useful, especially for wheeled armored vehicles, characterized by large surfaces of armored glass. The company does not spread much about its programs, since they are in the process of transition from laboratory conditions to production. Several ways are considered, for example, cooperation with a large international company that has production and marketing capabilities or the sale of technology to a large company.

Noise is another significant problem. The sound signature is capable of giving out a machine that has managed to avoid all other sensors, since more and more acoustic systems are being used on the battlefield. Engine noise may be limited, but not completely muffled, despite the fact that wheeled vehicles are by their nature less noisy than tracked vehicles. Rubber tracks are developed for tracked vehicles. Canadian company Soucy is leading in this area and provides its solutions for various machines, for example for CV90. Norway was the first country to study this option, initially for the M113 BTR, and then for the CV90 infantry fighting vehicle. Rubber tracks are being developed for machines with an increased total weight: 28 ton CV90 have already been deployed in Afghanistan and are being tested for 35 tonnes. Rubber tracks can not only reduce the noise signature (currently up to 10 dB), but also reduce vibrations by 65 percent, increasing endurance of the crew and increasing the life of the subsystems. They also reduce the effectiveness of seismic sensors.

Although it is not possible to make the vehicle completely invisible, reducing the distance from which the enemy can detect it will, accordingly, shorten the reaction time required by the opponent, and thus, will allow the enemy to be neutralized before he sees the threat.