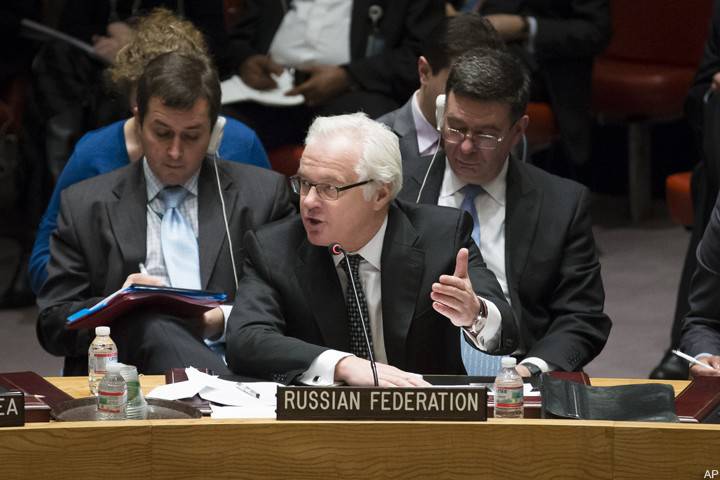 Speaking at an emergency meeting of the UN Security Council, Permanent Representative of the Russian Federation Vitaly Churkin called on the organization to influence the radical forces operating in Ukraine. In addition, the Russian side called on the international community to return the legal situation in Ukraine by the time an agreement is reached between the country's legitimate authorities and the opposition, that is, at the time of February 21 2014.

Ctrl Enter
Noticed oshЫbku Highlight text and press. Ctrl + Enter
We are
Churkin: A number of Security Council countries are trying to artificially inflate the situation in UkraineOf the Russian Federation in the UN: Yanukovych asked Putin to engage the Russian troops in Ukraine
Military Reviewin Yandex News
Military Reviewin Google News
196 comments
Information
Dear reader, to leave comments on the publication, you must sign in.