Russian activist Maidan: there were mercenaries from many countries 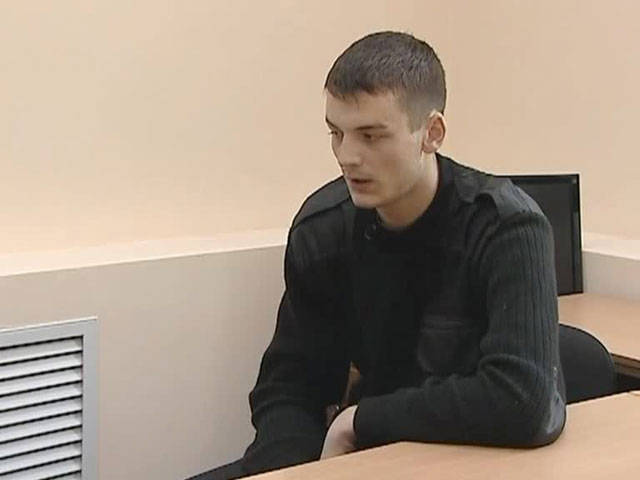 In the Bryansk region detained a citizen of Russia - an activist of the Maidan. He has already managed to take part in the riots in Ukraine and returned to his homeland. As the detainee said, the core of the Kiev protests is exactly the same as he is - mercenaries from different countries.

The new self-proclaimed Ukrainian government hastened to amnesty all demonstrators convicted of using violence in the center of Kiev. Now it turns out that among the militants of Maidan there were also citizens of Russia. One of them was detained by border guards in the Bryansk region. It is not known exactly what exactly he is accused of - while he is under investigation. To him can apply the article of the Criminal Code "Mercenary". The detainee himself says that he went just to look at the riots, perhaps to take part in the looting.

“To see how people are looting, If anything, I thought that I would take part in it myself,” says Vladislav. “I didn’t get fit, I took a pistol, body armor and equipment from Moscow. Suddenly, life is one.”

By the way, he was not alone in such a non-Ukrainian. Arriving in Kiev, he was surprised how many so-called visitors were there. True, there were few Russians among them, the overwhelming majority came from very different countries.

“There are mercenaries there, but they come from the States, from Germany. They come in the same military uniform. And they constantly discuss something and sign something with these defense captains,” the detainee said. “I can even tell you about the number. sixty people came. The Germans came, the number in the area 30-40-50. The Poles came, the Turks, many from other countries. "

Life on Maidan immediately seemed to him not particularly attractive: “People are very angry there, under alcohol, drugs. There is nothing to do. I was in the Right Sector, was considered a mercenary, that is, they believed that I was a mercenary, a Russian sniper. Once in the trunk rolled - they were not sure that I, from Russia, did not kill them themselves. "

He says he managed to see what the militants of the Right Sector are doing now, by the way, under the guidance of those same American mercenaries. Some go to the apartments and dachas of disgraced deputies and state officials (apparently, we are talking about members of the Party of Regions and the Communist Party of Ukraine), break open the door and conduct searches there. And this is not about looting. Militants seize documents, give some inspectors, and they renew the property to themselves. Others take away other people's expensive cars for sale.

"All the money is divided between them and, as they say, it will all be spent on weapon on the black market, "continues the story Vladislav.

He says that he ran away when he unsuccessfully gave an interview - he said that the Maidan should not disturb Russia, angered his commander, and he again ordered to interrogate Vladislav as a Russian provocateur. He managed to convince the militants that he was not guilty of anything, but decided to no longer tease fate - even simply disobedient Maidan punished extremely harshly, well, and those who were suspected of treason were facing a quick death.

“For insubordination, they were very seriously beaten right in the middle of the street. And if there was some treachery, they would simply lead us to the basement and kill them. And that’s all”, says Vladislav.

It is worth noting that mercenaries as such have generally become the hallmark of Ukrainian protests. The former guard of Dzhokhar Dudayev, Sasha Bilyy, aka Alexander Muzychko, still plays a significant role. Previously, he fought against Russia in the Caucasus, then against Yanukovych, as part of the Right Sector, now became a headache for the Maidan authorities. The new head of the Interior Ministry Avakov the other day tried to call Muzychko to order. And that's how he said: "I Avakov, like a dog hang by the legs, if you come here."

And this is not the only out of control mercenary. The alarm is beaten by the authorities of the Russian regions, which border on Ukraine — unknown armed people also began to seep through.

“Crowds of armed people wandering around the region, who have come from nowhere, organize various provocations. Yesterday there was an attempt to block the Moscow-Crimea road, which worries us very much,” said Yevgeny Savchenko, the governor of the Belgorod Region.

Russia is unlikely to have problems with the suppression of these armed gangs, but most of the mercenaries are now heading for the Crimea. Their goals, in general, are clear: to provoke a new wave of crisis and to plunder the population on the sly.

Ctrl Enter
Noticed oshЫbku Highlight text and press. Ctrl + Enter
We are
About Stalin and KhrushchevWhat you didn't want to know about England
Military Reviewin Yandex News
Military Reviewin Google News
53 comments
Information
Dear reader, to leave comments on the publication, you must sign in.