Prosecutor General of Ukraine: Kiev launched the procedure for the extradition of Yanukovych 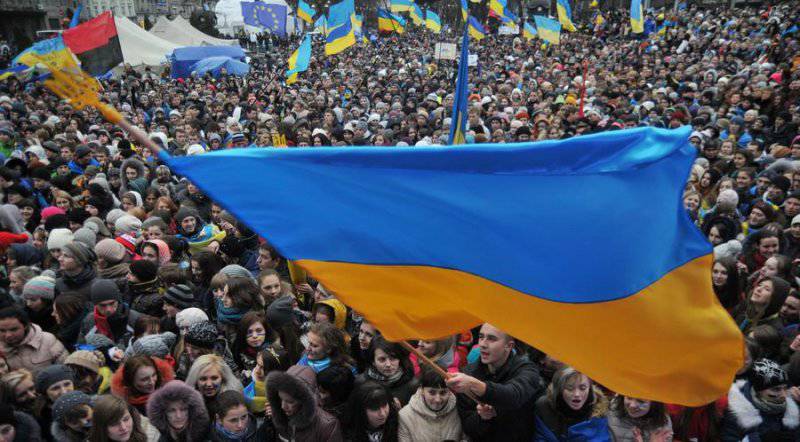 "At the request of the investigator, the court gave permission for the detention of Viktor Yanukovych," - said in a statement released on the website of the Prosecutor General.

At the same time, the document emphasizes that international law obliges states to extradite to each other persons brought to criminal responsibility in their homeland. “Relations, in particular, with the Russian Federation in the field of extradition are also regulated by the European Convention on the Extradition of Offenders 1957 of the Year,” the statement says.

According to Interfax, the press service of the Prosecutor General’s Office of Ukraine noted that a press conference in Rostov-on-Don, a citizen of Ukraine Viktor Yanukovych, is officially confirmed by its location in the Russian Federation. After contacting Moscow, Kiev is expected “to receive a positive response from the General Prosecutor’s Office of the Russian Federation in the near future.”

Ukraine’s Prosecutor General Oleg Makhnitsky said that he considered Viktor Yanukovych’s statements during a press conference in Rostov-on-Don “to be irresponsible and not conducive to political stabilization in Ukraine as a whole, and in the Crimea, in particular, and aimed at aggravating the current civil conflict on Peninsula.

Earlier, the Prosecutor General’s Office of Ukraine announced that Viktor Yanukovych and a number of other Ukrainian officials were put on the international wanted list. According to Prosecutor General Makhnitsky, Viktor Yanukovych and former Interior Minister Vitaly Zakharchenko are suspected of mass murder of people during the recent riots in Kiev. The Central Investigation Department of the Prosecutor General’s Office of Ukraine opened criminal proceedings on suspicion of a number of persons in the organization of premeditated murders during mass events in the center of Kiev from November 2013 to February 2014.

The suspects in the case are Viktor Yanukovich and Vitaly Zakharchenko, as well as the former head of the presidential administration Andrei Klyuev, the ex-prosecutor general Viktor Pshonka, the former head of the security service Alexander Yakimenko and the former commander of the internal troops Stanislav Shulyak. The Verkhovna Rada of Ukraine plans to transfer Yanukovych to the International Criminal Court in The Hague.

The president of Ukraine, Viktor Yanukovych, who was dismissed by the Verkhovna Rada of Ukraine, at a press conference in Rostov-on-Don, said that he had to leave Ukraine because of threats to himself and his relatives. Previously, he appealed to Russia with a request to ensure his personal security. And, according to ITAR-TASS, the Russian authorities have satisfied this request.