March 1 2014
31
February 27 in the Damascus quarter of Al-Kassaa thundered a strong explosion. "Hellish car" was laid by terrorists in a package near the hospital. On the contrary - a toy store, a grocery store, a pharmacy, apartment houses ...


Especially got a toy store. At that time there was a woman with two daughters - one girl of 13 years, the other about five. The children came for gifts, for joy - these days many enterprises give out salaries, and her mother wanted to please her daughters with something ... The older girl was killed, the mother and the youngest daughter were injured.

The people who went to the hospital were also at the pharmacy. According to doctors, 36 people were injured, many of them in serious condition. 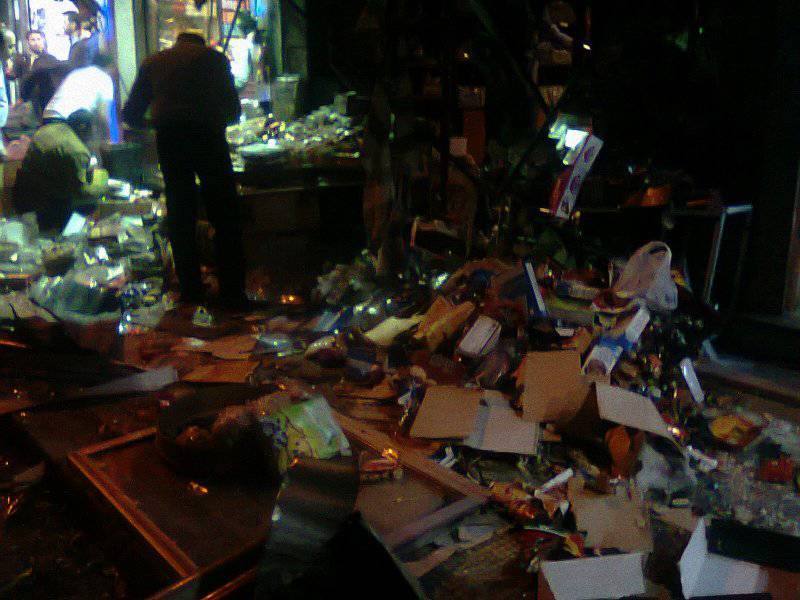 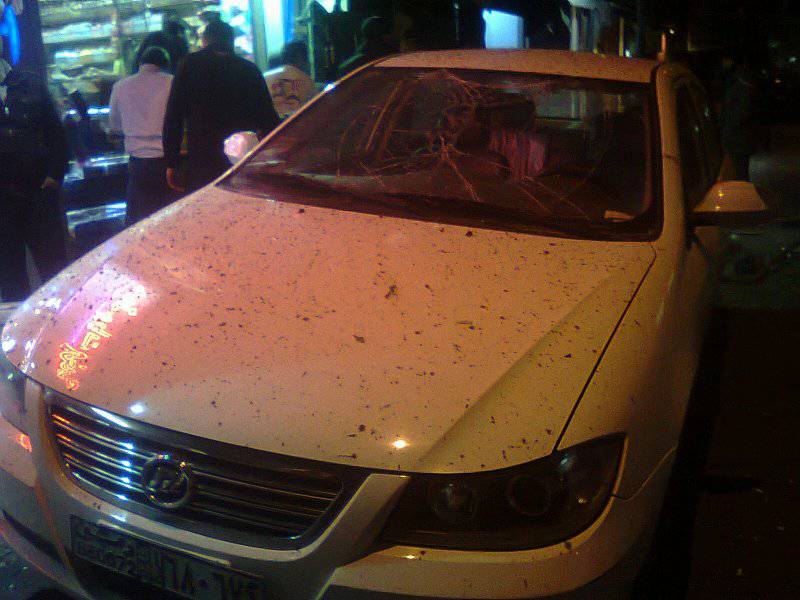 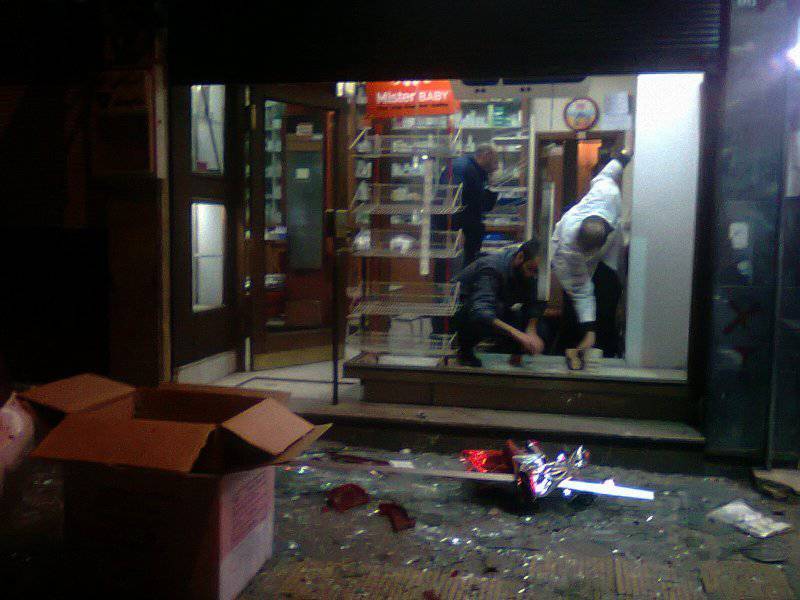 In addition to the shops, cars and apartments of citizens parked near the explosion site were damaged. In the general trash heap, into which children's toys, food, personal belongings of citizens, broken glass pieces, turned into a bag, from which five sandwiches fell out — someone was carrying dinner to his family and not informed ...

This is not the only terrorist attack that took place in Syria that day.

In the suburb of Damascus Harasta, terrorists fired a mortar and hospital and Al-Biruni Oncology Center. 6 people were injured. Hospitals suffered material damage. On the road leading to Harastu, sniper fire was opened on a passing car, one person was injured. And on the eve in the same city, gangsters killed a member of the Committee on National Reconciliation, Suleiman Salyaus.

In the village of Kudseyya, the criminals burned the car of the head of the local Committee for National Reconciliation of the religious leader Adel Masty, he, fortunately, was not injured. But attacks on members of the Reconciliation Committee prove that radical militants are trying to thwart the process of local reconciliation that has begun on the ground.

In Homs, gangsters fired on the densely populated Al-Akram neighborhood. Five people were killed, 13 citizens were injured, shops, houses, cars were injured ... In addition, a residential building was damaged in Homs in the Wadi Al-Dahab quarter.

In the province of Homs, in the peaceful Christian village of Al-Hwash, mortar shells of terrorists were also fired. Two local residents were injured.

In the same territories that were not lucky to be under the control of bandits, orders are established that are far from any proclaimed “freedom”.

Thus, in the city of Raqca in the north of the country, which since the spring of 2013 has been ruled by radical Islamists, the Islamic State of Iraq and the Levant organization tightens the rules of life, especially for Christians. They were forced to pay a "cap per tax" in the equivalent of the cost of 17 grams of gold per month. In addition, it is forbidden for Christians to wear crosses, rebuild ruined temples and monasteries and build new ones, hold processions, ring bells, and also eat pork, have homes weapon (despite the fact that Islamist militants are armed to the teeth and can create any outrage against even Christians, even Muslims).

One of the Christians, a young Assyrian Joseph Hannah from the province of Rakka, was mobbed by inhuman people to desecrate icons from the church. He refused, for which he was severely beaten, subjected to public flogging.

At this time, the UN held special hearings on the humanitarian situation in Syria. According to this international organization, 2,4 million Syrians were forced to flee the country, and 9,3 million people need humanitarian assistance. As the head of the UN High Commissioner for Refugees Antonio Gutierrez said, the number of refugees from Syria exceeded the number of those who were forced to flee Afghanistan. UN Secretary-General Ban Ki-moon urged to do everything possible to implement the Security Council resolution to assist the people of Syria. Only one “forgot” to mention Ban Ki-moon - that in this situation, those who continue to help militants, terrorists, extremists of all stripes who flooded Syria, those who fight with children, hospitals, and toy stores are to blame. , with pharmacies ... In a word - with the Syrian people. If such assistance to the bandits stopped, the situation would have normalized a long time ago, and people would not have to leave their homes and suffer from the actions of ruthless bandits.

PS Meanwhile, in Damascus, Syrian President Bashar Al-Asad met with the Iranian delegation, led by the Chairman of the Committee on National Security and Foreign Policy of the Shura Council of the Islamic Republic of Iran, Alaeddin Boroujerdi.

The Syrian leader noted the particular importance of close cooperation between the countries of the region to combat terrorism and extremism. He stressed the need to coordinate efforts between the SAR and the IRI, as well as between the parliaments of the two countries, in order to combat the extremist Wahhabi ideology, which poses enormous threats to the Middle East and the whole world. “The Syrian people are opposed to such thinking with all their forces,” the head of state said.

In addition, Bashar Al-Assad congratulated Iran on the diplomatic successes achieved at the session of the Inter-Parliamentary Union of Islamic Countries, held in Tehran. “Damascus considers Iran’s successes as its successes and is confident that in these clashes the front of the resistance to the Zionist regime will emerge victorious,” he said.

For his part, Boroujerdi expressed support for Syria in its struggle and said: “The strong resistance of the Syrian people and government in the face of conspiracies by the United States and the Zionist regime proved that Syria won the fight against terrorists, and this victory will continue in the future.”

Ctrl Enter
Noticed oshЫbku Highlight text and press. Ctrl + Enter
We are
Results of the week. “Mom, mom, what will I do? Koo! "Toys for the little angel. In memory of Ksenia Ivakhno
Military Reviewin Yandex News
Military Reviewin Google News
31 comment
Information
Dear reader, to leave comments on the publication, you must sign in.