What are dolphins silent 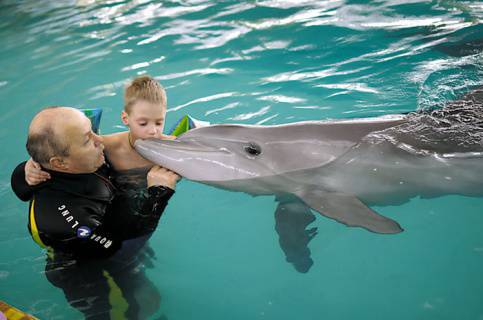 Five dolphins and one sea lion of the State Oceanarium of the Armed Forces (SC) of Ukraine were illegally exported abroad. Such are the disappointing results of an official investigation conducted by the Main Inspectorate of the Ministry of Defense at the Research Center (NIS) of the Armed Forces of Ukraine “State Oceanarium” located in Sevastopol. It was found that the activities of the Research Center, to put it mildly, are ineffective, revealed corruption schemes of its leadership. By the way, in October 2013, the auditors of the Accounting Chamber of Ukraine conducted an audit, and no major violations were identified. However, the troubles of the dolphinarium are not over.


Hot on the heels of the inspection of the Ministry of Defense began to dig deeper. Military auditors were able to detect a large shortage in the herd of marine animals. As it turned out later, three bottlenose dolphins and one sea lion sea lion were freely transported by sea to Turkey. The management of the oceanarium wrote off animals from the balance as dead by old age, receiving in return monthly from foreign partners 7 thousand dollars. Approximately the same fate befell other brethren, "adopted" by the will of the commanders, Lithuanian citizenship. From this transaction, the leadership of the Sevastopol NIS had 6 thousand dollars per month. In this case, the mammals were also illegally written off. Over the last four years, a herd of marine animals has thinned visibly: 18 remained in stock of 13 dolphins, and the number of sea lions decreased by half. Retired dolphins, listed on the balance of the aquarium, do not participate in research and are simply “for furniture”.

The auditors identified misuse of funds in the amount of 4,2 million hryvnia. Only for the maintenance of non-working equipment 600 thousand hryvnia was spent. More than 90% of full-time employees, and this is 280 people, do not meet the stated qualification requirements. The question involuntarily arises: what about dolphin therapy, which brings considerable profit to the scientific center? After all, only one cycle of treatment of the child costs about 1 thousand dollars, and the line is painted for months in advance. Parents with sick kids come here from all over the former Soviet Union. Over 20 years, more than 8,5 thousand children underwent rehabilitation in the center.

It was the commercial activity of the head of the SIC Anatoly Gorbachev that not everyone liked and served as a pretext for internal disassembly. The artificial “leakage” of fake information about the escape of combat dolphins alarmed not only Sevastopol, but also the neighboring Black Sea states, incidentally highlighting far from scientific problems in the scientific team. In their summary, the inspectors of the Ministry of Defense were unanimous: the aquarium is not involved in addressing issues related to the development of science - service marine animals are exploited for commercial purposes.

Minister Lebedev made a decision to remove Anatoly Gorbachev, head of the aquarium, from the post, and hand over the audit materials to the prosecutor’s office. “In order to solve the accumulated problems, the Minister of Defense decided to create a state enterprise on the basis of the State Oceanarium Research Center,” Admiral Commander Yury Ilyin said. - The military personnel of the research center will continue to serve in vacant positions in the military units of the Naval Forces of Ukraine. Civilian personnel will be partially employed in the new state-owned enterprise as much as possible. ”

The commander did not drop a word about how oceanarium employees with scientific degrees of candidates and doctors of sciences would be re-certified as boatswain and machine gunners. As you know, orders for navy do not discuss. The largest scientific center in Europe ceased to exist.

Ctrl Enter
Noticed oshЫbku Highlight text and press. Ctrl + Enter
We are
Did the Ukrainian military lose their armed battle dolphins during training?Ukraine resumes training of combat dolphins - in their own and Russian interests
Military Reviewin Yandex News
Military Reviewin Google News
14 comments
Information
Dear reader, to leave comments on the publication, you must sign in.