The appearance of the Vietnamese corvettes project SIGMA 9814

February 28 2014
0
As previously reported, the Damen Shipyards Group reached an agreement in 2013 for building the Vietnamese Navy’s two corvettes of the SIGMA 9814 project (in the designation of the project, the number "98" means the length of the ship in meters, and "14" - width). The ships will be equipped with modern Western weapons. Construction of one ship, presumably, will be carried out at the enterprise Damen Schelde Naval Shipbuilding (DSNS) in the Dutch Vlissingen, and the second corvette, apparently, should be assembled in Vietnam at one of the enterprises Damen. 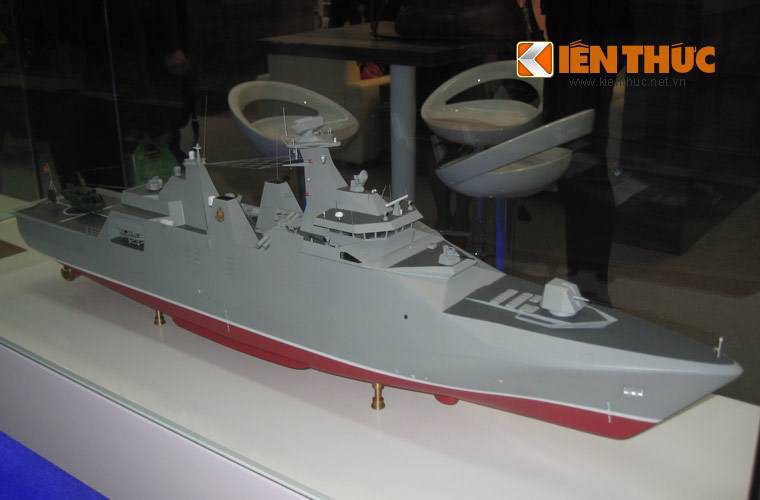 The model of the corvette ordered by Vietnam for the SIGMA 9814 project at the Vietship 2014 exhibition (c) www.kienthuc.net.vn