Business on the blood 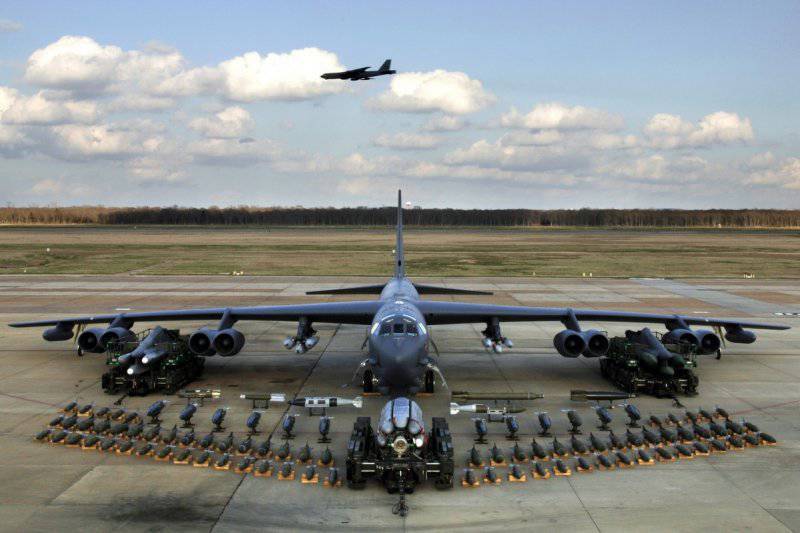 It's no secret that defense enterprises provide the lion's share of the US economy. Washington is also increasing its military budget: for example, over the past decade, spending on the maintenance of the armed forces has increased 2,5 times and reached the level of 750 billions of dollars. At the same time, the main buyers of American weapons they are not in the States at all: military corporations supply their products to many countries of the world, including those countries where armed conflicts have been fought for decades.

The dictatorship of the industrialists

US lawmakers do not interfere with the enrichment of the owners of weapons companies. Moreover, the Congress annually adopts legislation to meet the new demands of the manufacturers of weapons and the Pentagon. The United States benefits from wars, even if they themselves participate in and face casualties.

In fact, the US Department of Defense is working for the benefit of weapons manufacturing companies. Each new war promises a good profit - this is the main principle of politicians and industrialists.

The largest profits to the US budget come from several companies, namely Northrop Grumman, Raytheon, General Dynamics, Boeing and Lockhed Martin. They operate with amounts comparable to the budgets of individual states, and bring a huge income.

Lockhed Martin knows how to carry death from heaven

Lockhed Martin ranks first in the top 5 of the most powerful US weapons companies, which means it is the world's top corporate killer. To date, the turnover of this company is 40 billion dollars, its factories employ over 116 thousands of employees. The company is engaged in the space industry and aircraft manufacturing, and also produces electronic devices for various purposes.

Lockhed Martin's most famous designs are the P-3 Orion, the F-22 Raptor, the A-4aR Fightinghawk, the C-130 Hercules. Now the company is engaged in the modernization of the F-35 Lighting fighter II and Trident missiles.

The use of new weapons of the company raises concerns among independent military experts. Observers note that modern radars cannot distinguish the launch of a Trident missile from launching missiles capable of carrying nuclear warheads. With a very high probability, one of the states may take the launch of Trident as the start of a nuclear attack, and immediately counterattacks. The sad outcome is obvious.

In addition to large-scale arms trade, Lockhed Martin became famous for participating in several corruption scandals. For example, in 2001, the company clashed with NASA, and paid 7,1 a million dollars to the US government to end the dispute in its favor. But journalists learned about the bribe, and the scam failed miserably.

However, Lockhed Martin did not abandon the policy of "sponsoring" senators, congressmen and government officials. In 2009, the company spent 13,7 million dollars on lobbying interests, 2010 million in 13,2, and settled conflict with the US Navy with 2011 million dollars in 2.

Contrary to the well-established stereotypes, Boeing produces not only aircraft, but also components of combat systems. The company's budget is 38 billion dollars, its staff is 171 thousand employees.

The main achievement achieved by Boeing Corporation for all history its existence - the B-52 bomber, nicknamed "stratospheric fortress." With the help of these weapons, tens of thousands of inhabitants of Vietnam, Iraq, Yugoslavia and Afghanistan were destroyed. It is symbolic that B-52 was used to test the first hydrogen bomb.

The biggest Boeing-related scandal is the cessation of the development of the P-8 Poseidon bomber in the 2003 year, due to the corruption of the company's top managers. In 2005, Boeing was accused of industrial espionage and lost the court to its main competitor, the already mentioned Lockhed Martin. Since then, the corporation spends huge sums annually on lobbying its interests: in 2009 and 2010, the amount of "financial assistance" to officials reached 17 million dollars. During the presidential election of 2008, an entrepreneurial company financed both Barack Obama and John McCain - however, the winner Obama received a sum of five times more than outsider McCain.

General Dynamics is able to make amends for poor-quality components

In third place in terms of income (and corruption) is General Dynamics. Its annual budget is 25 billion dollars, and there are about 95 thousand people in the staff. The company is engaged in the manufacture of small arms, artillery, ammunition, aircraft and ships, electronic devices and military vehicles.

General Dynamics has a wealth of experience in the production of killing machines: the machinery it manufactures is used in all corners of the world by the armed forces of the United States and NATO countries, as well as various terrorist and rebel groups. General Dynamics engineers developed the most massive fighter in the Western countries, the F-16 FF, used in the wars against Somalia, Iraq and Afghanistan.

General Dynamics, like its competitors, lobbies its interests in Congress and the executive branch of the United States. Interestingly, the company does not help the congressmen themselves, but politicians who claim to be in the Congress. Thus, the actions of General Dynamics from a legal point of view, corruption is not, because the current congressmen do not get a penny.

In 2008, the corporation sold low-quality components of submarines and the military to the U.S. Department of Defense. aviation. In this regard, the US government filed a lawsuit, but the dispute was amicably resolved: General Dynamics paid off the plaintiff with 4 million dollars.

Another major corrupt official from the defense industry is Raytheon. It employs 68 thousands of employees, its budget is 24 billion dollars. The scope of the enterprise is astronautics, rocket production, production of electronic devices.

Today, the corporation is engaged in developing "non-lethal weapons" - devices that can stop and demoralize the enemy's living force without killing. However, at the same time the victim feels strong physical torment, and may receive serious injuries. Raytheon is testing his "non-lethal weapons" on prisoners in a California prison. None of the power holders are in a hurry to stop the inhuman experiments: the company skillfully protects its interests and knows how to properly manage the money earned.

The Raytheon missiles were widely used in a series of military operations against Iraq. Today, the corporation is equipping a missile defense system, which the States intend to deploy in Eastern Europe.

Former US President Bush senior complimented Raytheon products, including praising the Patriot missile developed by this company. American allies immediately became interested in this miracle weapon, and made several orders. In fact, the head of the United States made an advertisement for Raytheon. Congress later found out that Bush greatly exaggerated the merits of the Patriot, and deceived the journalists who later quoted the president. It is not known for certain whether it was an accident or a prepared action.

The company is actively attracting to its activities the officials of the Ministry of Defense: it is easier to sign defense contracts. For example, Raytheon's chief consultant is Richard Armitage, who previously held the position of US undersecretary of state. The board of directors of the company includes former Senator Warren Rudman and former CIA chief John Deitch.

Northern Grumman’s budget is 22 billion dollars, 68 has thousands of employees. The company is engaged in the manufacture of components of intelligence systems, the construction of missiles, ships and aircraft. It was Northern Grumman engineers who created the B-2 Invisible Bomber. Today, the company's conveyors are assembling drones - unmanned aerial vehicles, which are used by the States to conduct undeclared wars in many countries in Asia and Africa.

Northern Grumman receives good defense orders because it is closely linked to Congress. In 90, the company spent 8,5 a million dollars to support various candidates during election campaigns. In 2005-2006, the corporation allocated a million dollars to future 1 congressmen.

James J. Roche, head of Northern Grumman, was for some time one of the claimants for the post of head of the Pentagon, but he discredited himself by participating in a sex scandal and was forced to abandon his ambitious plan. Despite this, several top managers of the company became members of the Bush administration, among them Paul Wolfowitz, who later served as head of the World Bank.

Northern Grumman uses the services of its powerful allies and dictates the White House who should sell American weapons in the world and who shouldn't. In fact, the corporation, like its competitors, sets the vector for US foreign policy and actively intervenes in the work of various departments. Connected by blood and money, American politicians and entrepreneurs have made war a profitable business, and are looking for another victim. If it does not work out to organize open aggression, the States clash their heads with their heads, and then sell them weapons. Let us recall, for example, Irangate, when individual members of the US administration managed to supply weapons to a potential enemy of Washington.

In the modern world, ideology fades into the background. Business - the background of all the wars of America. Killing people is a profitable business that brings a lot of money to the gun nouveau riche and the owners of Washington offices.