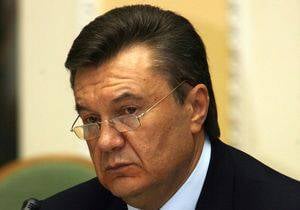 The Decree of the President of Ukraine No. 90 / 2014 of February 27 of February 2014 appeared on the Internet. As noted, the text is translated from Ukrainian to Russian. There is no such document on the official website of the head of state. The people who posted the Decree on the network do not disclose where this document comes from.

22-23 February in Ukraine there was a military coup in which groups of armed Nazi militants with military-political support of foreign powers seized the central government in the capital city of Kiev, and a number of regional administrations in the western part of the country.

Part of the political forces of Ukraine acted as traitors to the people and collaborators who collaborated with the fascist militia that seized state power in the capital in order to form a puppet government entirely dependent on the external sponsors of this coup d'état represented by the United States and NATO countries, primarily Germany and Poland. Fascist gangs ousted employees of the Presidential Administration of Ukraine from Kiev, seized the Central Rada, perpetrated repression against deputies who did not support the putsch, up to their beatings, abductions, arson of houses and threats of reprisals against deputies and their families. In this regard, the continuation of the activities of the constitutional authorities in Kiev has become impossible for military reasons.

To cover the goals of the coup d'état, the participants used the “Agreement on the settlement of the crisis in Ukraine” of February 21 of 2014, in which, together with me they stated: “They intend to form a coalition and form a Government of national unity within 10 days”, before the first Martha. This Agreement was initialed by the Ministers of Foreign Affairs of France, Germany and Poland, who later not only failed to fulfill their obligations as guarantors of the Agreement, but also took a direct part in promoting a coup in Ukraine.

The President of Ukraine remains the only party to this Agreement, which has strictly and fully fulfilled its obligations. In connection with the expiration of the period declared by the 21 Agreement in February for the formation of the Government of National Unity in Ukraine, and attempts by some of the putschists to form their own illegal puppet government in Kiev, I announce the following measures of the legal authority of Ukraine to restore constitutional order:

1. Cancel the Decree of the President of Ukraine No. 52 / 2014 of January 28 2014 “On the resignation of the Prime Minister of Ukraine and the Cabinet of Ministers of Ukraine”. Members of the Cabinet of Ministers, their deputies, and heads of departments and services arrive at the point indicated by me in the Circular letter to continue the work of the legitimate Government of Ukraine in the manner prescribed by Resolution No. XXUMX “On the Proclamation of the Cabinet of Ministers of Ukraine”. The Cabinet of Ministers to take comprehensive measures to restore public administration and fulfill the Government’s social obligations in regions unoccupied by the putsch, paying particular attention to the issues of paying pensions, allowances and social support to the population in the regions, as well as resolving material issues and paying loyal to legitimate power structures, determine the measures of material support of the people's teams and the sources of their financing. In case of insufficient funds, to betray for the purposes of deploying the services of the People’s Brigade in the regions any state property, and the rights to use it locally.

2. Determine the location of the Supreme Commander’s Headquarters of Ukraine - the Headquarters of the Navy of Ukraine, the city of Sevastopol. Admiral Yuri Ilyin, the Commander-in-Chief of the Ukrainian Navy, takes exhaustive measures to establish communication with all units, subunits and ships of the Armed Forces of the Ukrainian Navy in order to respect unconditional sovereignty, territorial integrity and protection of the lawful state authorities of Ukraine. Temporarily entrust him with the duties of the Chief of the General Staff of the Armed Forces of Ukraine. All commanders of units, subunits and ships in the period of no more than 24 hours after the promulgation of the Decree to get in touch with the Headquarters of the Supreme Commander in the city of Sevastopol, about which I issued Order No. XXUMX of the Supreme Commander. After the expiration of the specified period, consider all commanders who have not fulfilled the requirements of the Order as traitors, to deprive them of their military rank without an additional Order, with the disruption of the pursuit before the formation. Junior officers take measures to remove them, including the use of weapons to defeat those who resisted, in order to immediately implement the orders of the Supreme Commander, and report on the implementation of the order to the Chief of General Staff in the city of Sevastopol.

3. Heads of the militia and the SBU of Ukraine go over to military service in the order specified by order No. XXUMX of the Supreme Commander, All commanders of the police units within 2 hours after promulgation of the Decree to get in touch with the Headquarters of the Supreme Commander in the city of Sevastopol. After the expiration of this period, consider all commanders of the police and SBU units who have not fulfilled the requirements of Order No. XXUMX as traitors, without an additional Order to remove them from office, with the aim of the junior officers to take measures to remove them, including the use of weapons to defeat resistance, with the aim of immediately fulfilling the Orders of the Supreme Commander’s Stake, and to report on the implementation of the Order to me personally.

4. Foreign powers wishing to maintain diplomatic relations with Ukraine, send their naval attaches to communicate with the legal leadership of the country to the main headquarters of the Ukrainian Navy, Mr. Sevastopol, before creating the conditions for the accreditation of foreign embassies in it.

5. Determine the location of the Ministry of Foreign Affairs of Ukraine and the National Bank of Ukraine at the location of the Supreme Commander General Headquarters. The Ministry of Foreign Affairs and the Head of the Central Bank to warn foreign powers about the inadmissibility of the theft of Ukraine’s financial reserves, which only the legal authorities of the country have the right to dispose of, and to restore correspondent relations with international banks and financial organizations. In the case of theft. appropriating or freezing these funds, or using them at the direction of the illegal provisional authorities of Kiev, to compensate for the losses due to the nationalization of funds and property owned by the Governments, organizations and citizens of the countries concerned, up to a judicial decision of this issue in the interests of Ukraine. In this regard, the Government should freeze all assets of foreign companies and any companies with foreign participation and transfer them to full state administration, until the confirmation of the readiness of foreign powers to faithfully fulfill their financial obligations to the legal Government of Ukraine.

6. To invite all those faithful to the Constitution of Ukraine to the deputies of the Verkhovna Rada to arrive in the city of Sevastopol for an exit session on March 3, 2014, with an agenda on the deprivation of the inviolability and deputy authority of participants in the armed coup in Kiev, by-elections to the Verkhovna Rada and the resumption of its work under occupation historical the capital of the country.

7. Elected authorities in the regions of Ukraine before March 3 offer me the candidacies of the heads of the respective regions, from among the deputies or citizens loyal to the legitimate Government of the country. Candidates with mandates from representative bodies of power arrive in the city of Sevastopol by March 3, for approval by me as Governors. Until this date, all elected local authorities form the people's guards, from among the people loyal to the legitimate Government of the country, appointing them heads of officers with combat experience, or employees of the Berkut unit and the Internal Troops who distinguished themselves by personal courage in protecting the legitimate authorities in Kiev, as well as independently take all necessary measures to restore the constitutional order throughout Ukraine.

President of Ukraine Viktor Yanukovych
27 February 2014 of the year

Meanwhile, the Crimean television company ATR published videowhere Yanukovych’s decree is read out to representatives of the Russian community of Crimea who have gathered for a rally in Simferopol. A man in civilian clothes who read the text called himself a Cossack officer.

Surrounded by Viktor Yanukovych, the request of the former president of Ukraine to the Russian authorities to ensure his personal safety, distributed on the Internet, was called a fake, Gazeta.ru reports.

Ctrl Enter
Noticed oshЫbku Highlight text and press. Ctrl + Enter
We are
Report on the results of the survey-2013 "Evaluation of state political figures"
Military Reviewin Yandex News
Military Reviewin Google News
285 comments
Information
Dear reader, to leave comments on the publication, you must sign in.