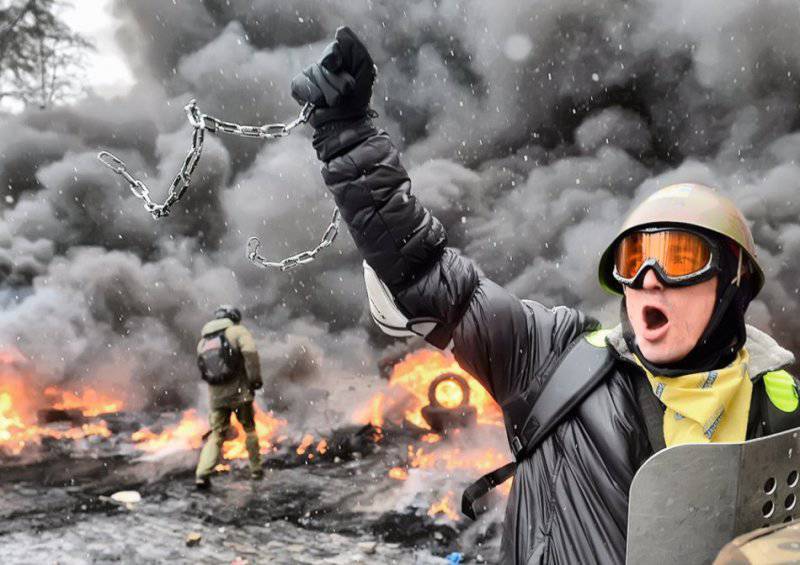 “We know what kind of world we live in,” Vladimir Putin once said after some summit. When the black smoke of euromaidan disappeared in Kiev, we all saw more clearly what kind of “world community” we live in: in which the Bandera militant is called a “peaceful protestor”, a planned “orange” coup d'état is a spontaneous popular uprising, and at the same time murders and executions police officers do not see at close range.

This once again speaks of what Western democracy, freedom, and “honest” word actually cost: they do not cost anything! West welcomes the February Bandera fascist coup in Kiev! Let's try to figure out why, and why was it possible?

Recall: the Orange Revolution in Ukraine in 2004 was successfully completed, and President Yushchenko, an outspoken protege of the US State Department, came to power. Let us make an assumption, not at all incredible, that under its cover, Ukraine really began to manage the American embassy with Payette at the head, as the States were trained to do in Latin America. The Americans, through their puppets, dealt with the foreign policy and strategic issues of the country, leaving internal affairs to the native president, and then to a certain extent.

That is, Ukraine has long been, under the presidency of Yushchenko, under the “orange”, “quiet” political occupation, it has de facto become a protectorate of the United States, under the cover of the de jure “national statehood”. With President Yanukovych’s “coming to power,” there wasn’t any serious political change in Ukraine, the new, supposedly “pro-Russian,” president began to pursue the “old” course.

Only now, after the overthrow of Yanukovych, it becomes clear to an outside observer how strongly Americans were hobbled up by Ukraine: even in their native Donetsk, Yanukovych was apparently already “waited”, and he was forced to flee from reprisal. After all, the defeated president is a source of particularly important information, and a dangerous witness for the emerging “new order” in Ukraine. In his last video message, Yanukovych bluntly said that fascists had come to power, like they had once been in Germany. The frantic campaign to discredit Yanukovych, launched by the winners, is designed to devalue his possible testimony. 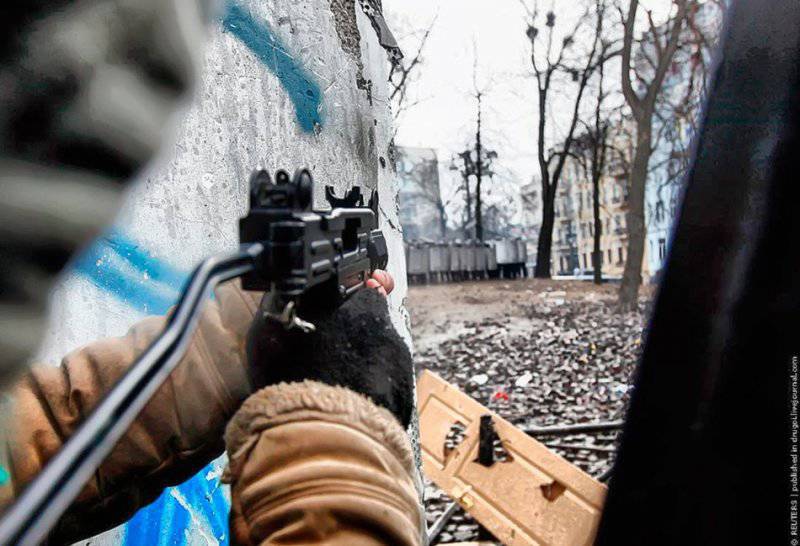 How was Ukraine hobbled? The States occupied the political occupation of Ukraine with a network of NPOs, they created for this the atmosphere most favored, were a cover for direct agents of influence and for them to conduct various special operations, primarily information and propaganda. Ukraine, after all, is not Latin America, and the States tainted "democratic propriety" - they tried to do everything in "white gloves". So far, Yanukovych has not spoiled them a wonderful combination of “Euro-association”, having disrupted the Vilnius Summit.

It is clear that under a special, unwritten, but tough police control, Payette kept Eastern Ukraine, suppressing the hands of his henchmen with pro-Russian sentiments and their political representatives. Eastern Ukraine completely by chance lost its “passion” - its representatives were simply harshly suppressed, like Odessa Markov. And in western Ukraine at this time, Bandera militants underwent “combat training”, under the guise of local authorities, and lying about fake “passionarity”: nothing can be done about this ...

Therefore, the state of emergency and martial law, President Yanukovych really could not enter: the security agencies of Ukraine were in touch (control) at the Pentagon. Yanukovych, in fact, rebelled in Vilnius, forgetting from whom he once received a “label” for the presidency. From this point of view, the Bandera coup d'état of the United States was unusual: it was also the suppression of the Vilnius revolt of Yanukovych. The US embassy became the headquarters of the management of the brown Bandera revolution - after a call from the embassy, ​​Bandera stopped their attacks, released captured buildings. What more proof is needed of this? ..

Yanukovych’s rebellion and its suppression revealed all American networks in Ukraine, including Eastern Ukraine: Payette had to bring them into action. Now, when the game of Western intelligence services and their henchmen in Ukraine "lit up", Russia was given the opportunity to begin the liberation of south-eastern Ukraine from the American occupation.

In retaliation, the United States intends to kindle a civil war in Ukraine, its beloved "controlled chaos", as in Syria, from the principle: do not get to anyone! For this, Washington in Ukraine has the opportunities, and most importantly, the executioner is brought to the forefront - the Bandera "Right Sector".

And he has already shed his first blood, and noted the terrible executions and torture of the Berkut policemen who were captured. And the “Berkut” became a symbol of resistance to the Bandera fascists, and he will spread his wings in eastern Ukraine.

In this situation, Russia does not recognize the legitimacy of the Pro-Bandera Verkhovna Rada, and recalls the ambassador from Kiev, in other words, says: do not even think about setting fire to Ukraine! Do not try to kindle a fire of civil war at our doorstep - extinguish so little that no one seems to be!

In the events taking place there are, of course, similarities with the 1941 eve of the year. The West then financially assisted Hitler, “pacified” him, today he also nurtures and takes care of Bandera fascism, which already announced its final goal — a march on “imperialist” Moscow ”, in the words of the new Fuhrer Dmitry Yarosh, as Hitler used to Mine Kampf - on the march to "Bolshevik" Moscow.

But the times in the world are different: “Europe”, first of all Germany, is very unprofitable for the destabilization of Ukraine, it will reject it in economic development. Therefore, today the interests of “Europe” and Washington collide in Ukraine, on which Russia can play. And the most mysterious thing about these events: why did Yanukovich, this “weak-willed and corrupt” activist, at the last moment rip off the stop-switch of the “Euro-Association” of Ukraine? Klitschko reiterated in the last days of the coup, that Yanukovych is "inadequate." In the mouth of the "adequate" Klitschko is in fact a recognition of "normality" ...

Ctrl Enter
Noticed oshЫbku Highlight text and press. Ctrl + Enter
We are
The fall of the Syrian airbase Abu ad-Duhor. The longest siege of the civil war is overResults of the week. “Apolitically argue, I swear, honest word”
Military Reviewin Yandex News
Military Reviewin Google News
134 comments
Information
Dear reader, to leave comments on the publication, you must sign in.