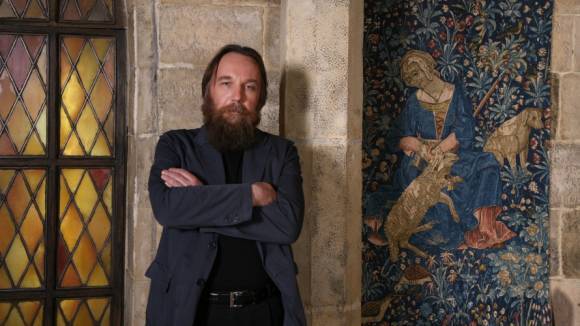 For the fifth time Russia faces the need to protect its sovereignty, the real threat of its loss. Before that, 1991 was a year: the loss of the sovereignty of the USSR - in fact, Greater Russia - and the collapse, during which modern Ukraine appeared. 1993 year - the loss of sovereignty of the Russian Federation, where, after the shooting of the patriotic parliament, pro-American liberal groups seized full power and began the disintegration of Russia itself.

As a direct consequence of 1993 - the first Chechen campaign. Then 1999 year - the bombings of houses in Moscow, the invasion of Basayev's gangs in Dagestan, the arrival of Putin and the second Chechen company. Then the sovereignty of the Russian Federation was restored by Putin.

Next year 2008 - Russia's challenge through the attack on Tskhinval. The introduction of troops prevented the collapse of the Russian statehood in the North Caucasus and fixed Russia's position in the post-Soviet space — sovereignty was confirmed and strengthened. The fifth time is now.

Either we preserve and strengthen our sovereignty, which is the same thing in the current situation, or ... see the fate of the USSR, the Riga riot police, the Berkut, etc.

In Kiev, there was a coup. The government has an atlantist liberal-nazi junta. This junta is part of the global network of American hegemony, a segment of the New World Order desperately trying to survive. In Russia itself there is another adjacent segment of the same network. He prevailed in 1990, exerted a strong influence in 2000, almost returned to the fullness of power in 2008 – 2012, was again pushed back by Putin in 2012.

The coup in Ukraine is the success of the activity of this network. Let me remind you: it occurred as a response to the step of Yanukovych in the direction of Russia. Everything else is a cover operation.

But this will not stop. The coup goes to Russia. Kissinger says this directly: "Putin is afraid that we will do the same to him." What does it mean to arrange? This means that the fifth column in Russia is on alert.

How the power structure can break up, the Party of Regions and Yanukovych demonstrate visually. What can end the power of corrupt officials and temporary workers, also shown clearly.

In the face of the Kiev junta, Putin decides not just the fate of the Crimea and Eastern Ukraine, he decides the fate of Russia, moreover - the world stories. If he gives an adequate answer, he will face the furious resistance of the World American Empire, which is now demonstrating that it is still strong and that Europe is under her fingernail. If he does not give an answer, he will delay with him, recognizing the junta, the battlefield will not just move closer to our borders, but will be transferred to Moscow.

The Russian segment of liberal Nazism, where the Nazis invariably play the role of “useful idiots” for liberal gentlemen, does not have such mass support as in Ukraine, but is no less fundamentally represented in the political elite and the top society.

We know Putin is not Yanukovych and Russians are behind him. But the Americans and the Ukrainian Nazis are now demanding to prove this in an ultimatum. Putin has been challenged: of course, you are not Yanukovych, which is now identical to such characters as Yeltsin and Gorbachev, but what if ...

Risk balance? The risks are the same: not recognizing the junta, supporting the Crimea and the East, preserving Russia's sovereignty - which is the same today - means a conflict with the United States and their European puppets. Recognizing the junta as a legal government is the same as betraying the “Berkut”, the Russians of the East and the Crimea, and giving the green light to new initiatives to dismantle Russia - from the outside and from the inside.

The fifth column is mobilized. There is tremendous pressure on Putin from the outside and from the inside.

Now the main thing is to assess what happened in Kiev as an illegal coup and refuse to recognize the legality and legitimacy of the coup. And this means to deny Ukraine its sovereignty in its current political state, like Georgia’s right to control Tskhinval and Sukhumi. Recognition of the Kiev junta will be a huge blow to the sovereignty of Russia itself, putting it in question.

No more, no less. The world froze. And he did the right thing. These minutes determine the course of world history.

Ctrl Enter
Noticed oshЫbku Highlight text and press. Ctrl + Enter
We are
A bit about patriotic education in RussiaTskhinval: a chronicle of destruction
Military Reviewin Yandex News
Military Reviewin Google News
Add a comment
Information
Dear reader, to leave comments on the publication, you must sign in.