Without the participation of employees of this unit, no serious operation is actually carried out to curb the activities of various criminal groups, free or seize hostages in the territory of the city of Moscow and the region. In addition, Bulat employees are regularly recruited for business trips to the North Caucasus, where they make a feasible contribution to the fight against members of illegal armed groups. Currently, only officers serve in this unit, all of them are true professionals in their field. Almost all employees were awarded state awards, some have several awards.

History "Bulat" began in a dashing 90-e and has nearly two decades. Since then, the unit has changed its name more than once, but its main purpose has remained unchanged: the fight against organized crime, the fight against terrorists, and the provision of power support during operational activities. Despite the fact that the phase of an active counter-terrorist operation in the North Caucasus has come to an end, the SOBR fighters from the Moscow region continue to perform various service and combat missions in a troubled region of our country. On average, every employee of Bulat spends about 3 a month on business trips. Therefore, SOBR officers always have something to tell, although they do not like to brag about their participation in special operations. 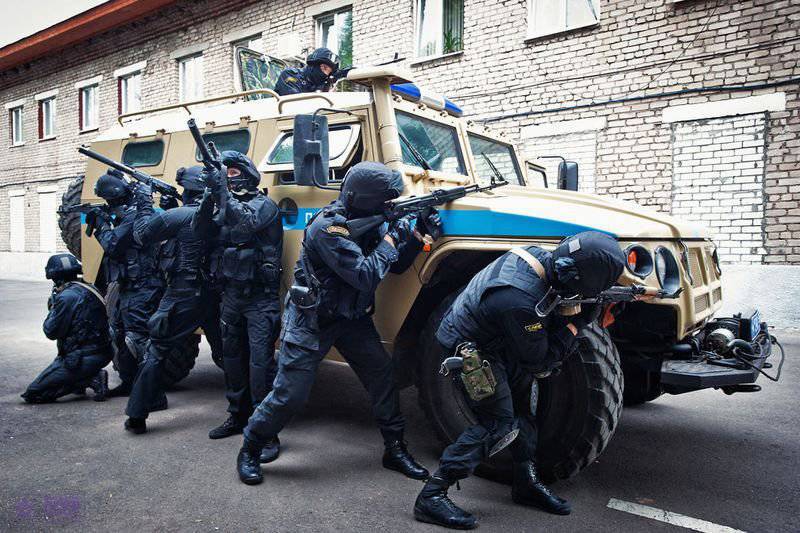 For example, in May 2007, as part of special events in one of the settlements in the territory of Dagestan, Bulat employees managed to find a caches with weapons and seize 20 high-power improvised explosive devices. Thanks to the actions of the officers of the detachment, it was possible to thwart the attacks, which were being prepared by the militants on May 9, in particular, for the parade in Makhachkala. Also managed to prevent an attempt on the head of the Ministry of Internal Affairs of the Republic of Dagestan.

Therefore, there is nothing surprising in the fact that the difficult and very dangerous work of the special forces of the Ministry of Internal Affairs was repeatedly noted by the Russian leadership. Today, in the squadron, almost all employees have state awards. Four officers have become three-time cavaliers of the Order of Courage, another employee has two awards “For Courage”, and more than 100 special forces officers have been awarded the Order of Courage. Four officers of “Bulat” were awarded the title Hero of Russia: Alexander Golovashkin, Evgeny Ostroukhov and Farvat Yakupov; Viktor Matveyev was awarded the title posthumously. In total, since the formation of the 500 squad, its employees have been awarded state awards.

At the same time, the detachment does not forget their dead comrades. The memory of them for the officers of the unit is sacred. A memorial was erected on the territory of the detachment's detachment, the names of each of the fallen employees were carved on its marble slabs. In turn, the command of the unit regularly arranges meetings with the relatives of the deceased officers who gave their lives in the performance of their duty. As far as possible and strength, they support the families of the victims. 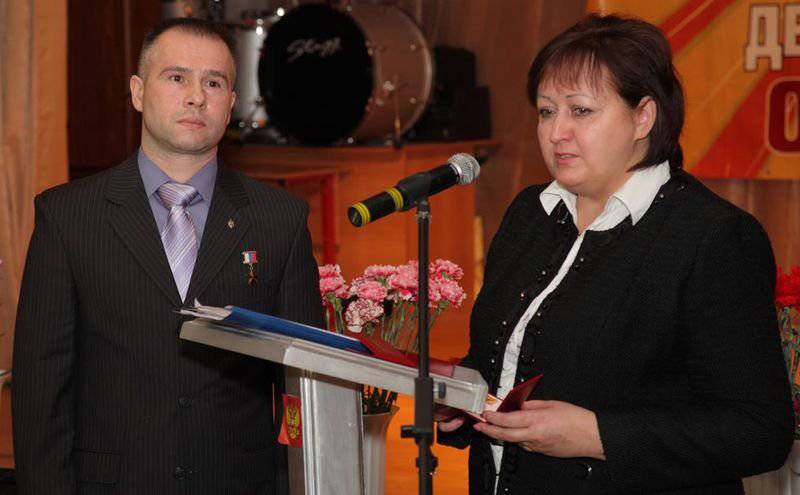 One of the police officers, Hero of Russia, Lieutenant Colonel Alexander Golovashkin, continues his service in the unit, recovering from severe wounds received during one of the special operations. Alexander Golovashkin was born on December 4 1972 of the year in the small village of Likino, Odintsovo district, Moscow region, of Russian nationality. In the 1988 year, after graduating from the 8 classes at Likinskaya Secondary School, he entered a vocational school, which he successfully completed in the 1991 year. In the same year, he was called up for military service, which he served on the territory of the North Caucasus region in the Russian Interior Troops.

In 1993, Golovashkin was dismissed, while he decided to link his fate with the police and joined the police, for many years linking his fate with the Moscow-based special forces detachment Bulat. Being in the service, Alexander Golovashkin repeatedly traveled on business trips to the territory of the North Caucasus, including Chechnya. He is a member of a large number of special and combat operations, the main purpose of which was the destruction and seizure of leaders and rank-and-file members of illegal armed groups.

During their regular business trip to the Caucasus 12 in May 2007, in the Dagestan city of Khasavyurt, a unit of the Bulat group searched for armed militants. During the inspection of one of the private houses, the detachment suddenly collided with militants who opened fire on the soldiers literally at close range. Police major Alexander Golovashkin was saved by the fact that he, although he was ahead of everyone, was carrying a special protective shield in front of him. Once in the line of fire, the officer covered his comrades with himself and continued to fight, even when he was seriously wounded. Golovashkin received numerous bullet and shrapnel wounds, but gave his staff a retreat and survived. For a long time he was treated in a hospital, he could lose his sight, but the doctors managed to return both his sight and health to him. 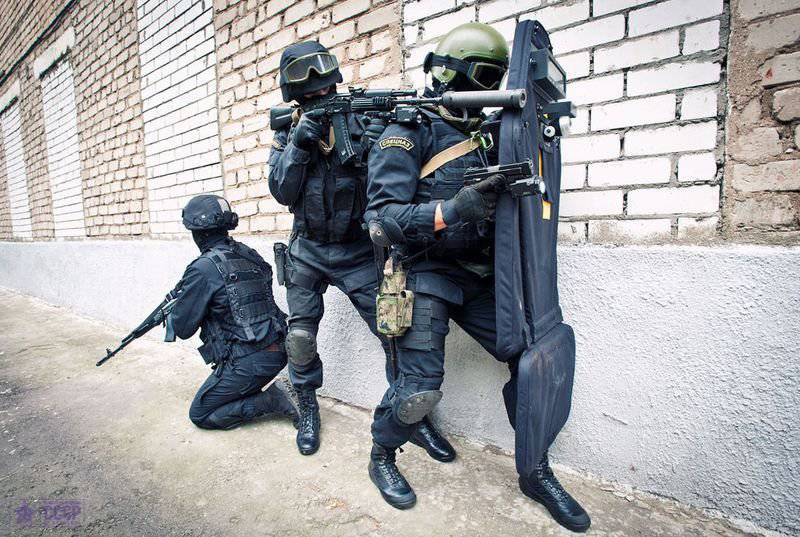 This is how he described this fight himself, now Lieutenant Colonel of Police, Alexander Golovashkin.

“This operation is our common merit, since we are a single team. On the day of the operation, I did just that because my comrades were next to me. I just did my job. On May 12, as part of a pivot group, we were combing one house, at this moment on the second floor in one of the long corridors, the gunmen met us with fire. In the assault group, which entered the house, except for me and my deputy, there were only young employees who still had little real combat experience. That is why I made the decision to enter with the shield first into the room where the militants were hiding. My deputy was number two.

At that moment, when we started to enter, almost half the store was released into us from a meter and a half. Already after the battle, one could see that my helmet was pierced right through, two bullets were found in the collar of the bulletproof vest, several more bullets were stuck in the shield. At the same time, one of the militants rolled out two self-made grenades of the "hatabak" on us, I had no choice but to cover the grenades with a shield and pounce on him myself, protecting my comrades. Splinters from the grenade explosion hurt my face, my friend was wounded by shrapnel. As a result, we caused the militants to fire on themselves, and our comrades were able to destroy them. ”

By decree, the President of the Russian Federation from 11 February 2008 of the year for heroism and courage to the major of militia Alexander N. Golovashkin was awarded the high title of Hero of the Russian Federation with the award of a special distinction sign of the Gold Star medal. The award ceremony took place on the eve of the Defender of the Fatherland Day. In presenting the awards, Vladimir Putin noted that February 23 is a historical date for our Armed Forces. Many pages of the history of Russia are inextricably linked with feats of arms. In this case, the main characters of a large number of victories remain people dressed in military uniforms.