The refueling mission of the US Transit Center "Manas" is completed

February 27 2014
17
Bishkek (AKIpress) - The US Manas transit center refueling mission is completed on 24 in February, said the head of the press service of the Center, Max Dispeyn, on February 12 at the closing ceremony of the Cooperation and Security Division.


According to her, at this time cargo-passenger aircraft continue their work on the territory of the Center.

“Most of the refueling aircraft are sent to the United States. Cargo and passenger airplanes will remain on the territory of the Transit Center until the equipment is completely removed, ”M. Dispin said.

From the 2001 of the year, the Manas Transit Center carries out 4 main activities: air refueling, personnel overload, cargo overload and partnerships. Air refueling is carried out on tankers KC-135R.

“The staff of the Transit Center“ Manas ”performs approximately 25% of operations on air refueling, if compared with all other operations, and 33% over the territory of Afghanistan. The key of all this is that we are very close to Afghanistan, this is the 1,5 flight hour, ”said Center Commander Colonel John Millard earlier.

Since 2001, the US Manas airbase (Transit Center) has delivered more than 12,2 billion gallons of fuel from Bishkek to Afghanistan as part of the “Enduring Freedom” antiterrorist operation. The pilots of the air base made 33,5 thousands of sorties and refueled 135 thousands of aircraft.

The day before the ceremony of the end of the Center’s refueling mission was held at the Manas airport. The servicemen solemnly conducted a KC-135 tanker aircraft during the flight. 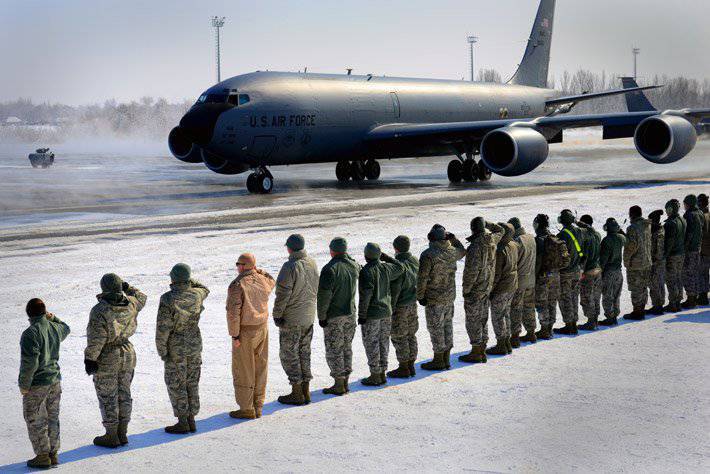 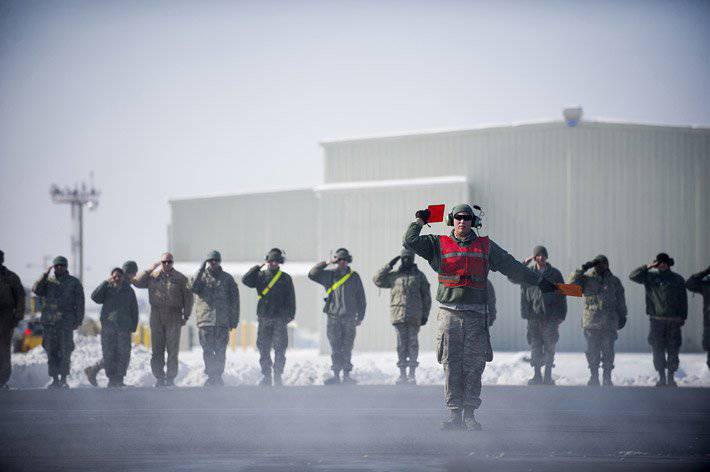 Ctrl Enter
Noticed oshЫbku Highlight text and press. Ctrl + Enter
We are
Completed a surprise check of the troops of the Central Military DistrictHopes for the anniversary MAKS
Military Reviewin Yandex News
Military Reviewin Google News
17 comments
Information
Dear reader, to leave comments on the publication, you must sign in.