Iran: the era of accomplishments. Extraordinary and Plenipotentiary Ambassador of the Islamic Republic of Iran in the Russian Federation 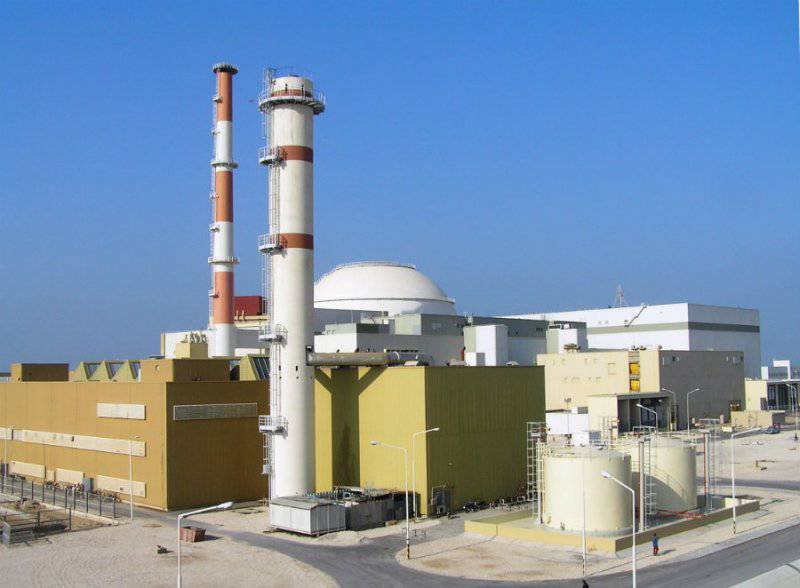 The Islamic revolution and political system that took place in Iran, which followed this year in February 1979 in the country, was formed in many ways, new phenomena in international politics. For the first time in the newest stories world politics revolution formed on a religious basis and declared the establishment of power based on religious principles and norms, and led by a clergyman. Therefore, this revolution was not only able to create a new direction in theories about the origins of revolutions, but also forced many government officials and political scientists around the world to follow this new approach from that time until today.
Today, after 35 years after the victory of the Islamic Revolution in Iran, taking a look at the various areas of activity carried out in this country, we can begin to consider how successful or unsuccessful Iranian statesmen were in achieving the goals and aspirations declared by the revolution.

In recent decades, one of the most important areas of activity of the Islamic Republic of Iran has been foreign policy. The dream of Iranian revolutionaries, like many other revolutionaries in various countries of the world, was to achieve political independence and withdraw from dependence on the major world powers in the framework of ensuring the country's national interests. This dream in the first years after the victory of the revolution and in the period of the cold war crystallized in the slogan "neither East nor West" and following the same course with the Non-Aligned Movement.
In the years following the end of the cold war, Iran continued to make efforts to preserve the independence of its actions in various international and regional spheres. The independent position of this country in various international issues, as well as self-reliance in the approach to foreign threats and the protection of national security by strengthening its defense base are talking examples of following such a policy. Despite the fact that in past years, this country sometimes had to endure disaster in order to protect its independence, today we can say that the Iranian revolution, unlike many other revolutions that took place in developing countries, did not slip into being dominated by major powers. .

Such independence of actions and reliance on one’s own forces caused many liberation movements in various Islamic and even non-Islamic countries to look for a worthy model for their development in the Iranian revolution and try to demonstrate greater resistance in the face of foreign and domestic pressure. Also, due to the fact that the Constitution of the Islamic Republic of Iran, among other revolutionary aspirations, proclaimed support for oppressed peoples and free men and women, all these years, Iran has constantly made efforts to support the oppressed peoples in international communities, defending their persecution against them . This fact has led to the fact that the Islamic Republic of Iran enjoys sympathy and occupies a worthy place in the ranks of the majority of the world community. Examples of this can be seen in the formation of non-governmental groups opposing attacks on Iran in various countries of the world, from the USA to East Asia, and in the organization in recent years of various processions held by people from different countries to protest against discrimination of Iran and in support of its nuclear program country.

In the field of domestic policy, despite the fact that the ruling revolutionary system has undergone extensive changes over the years, its political essence, which was formed on the basis of the aspirations of the first Iranian revolutionaries, is still alive. After leaving behind the crisis years of the Iran-Iraq war and the establishment of peace and stability in the country, at least three political schools came to power in Iran. First, the power was received by technocrats who rebuilt the country in the years after the end of the war and in this work focused on economic development. Then, after the victory of the reformist principles, groups of intelligentsia tried to push the country towards political development. After some time, the conservatives took their place, who were convinced that society was moving away from the initial aspirations, and it would be necessary to re-search for revolutionary values ​​in both domestic and foreign policy. And finally, for several months now, this group in turn has given way to moderate politicians who at the same time support political and economic development within the country and the expansion of international cooperation in order to raise the global status of Iran.

During all these years, Iranian society also developed and gained greater maturity, and the transfer of power from one political wing to another political wing and party increased the political and social awareness of the Iranian people of the goals and programs of each of these parties and groups. Therefore, the Iranian political system, unlike other countries around it, has enough potential to make the changes necessary for the society gradually and based on its national interests. Such practicality in the implementation of its policies, along with the preservation of the original aspirations, can rarely be found among revolutionary revolutionaries in other countries of the world.
Also from an economic point of view, despite the fact that from the very beginning of the formation of a new political system in Iran, this country faced various international sanctions, and for many years there was no opportunity for extensive foreign investment in important industrial sectors of the country, especially in the economic sector Iran still managed to avoid the onset of the economic crisis and famine in the country. Over the past three decades, Iran’s population has more than doubled and increased from 35 to 75 million people. Meanwhile, comparing statistics, one can see that life expectancy has increased from 58 to 69 years, medicine and education have become more accessible to the people, and with the opening of various universities, higher education has become not so difficult for young people. In 2012, it was announced that the number of Iranian students studying at various levels of higher education throughout the country reached 4 million people. At the same time, the need to improve the level of education and the effectiveness of training for the upbringing of a generation with high knowledge and production skills is still striking.

By the time the revolution was accomplished, more than half of the Iranian people lived in the villages. Today, 70 percent of the country's population are urban dwellers. This means a strengthening of the services sector and industry compared to the agricultural sector, and in fact it can be seen that the majority of urban improvement services, an extensive road infrastructure, factories, production workshops and power plants serve the industrial and commercial sector. At the same time, it cannot be denied that today the young Iranian society, despite its high educational qualifications, like any other young societies, faces such difficulties as unemployment, the high cost of housing and other social services. The problem of providing sufficient potential for employing these forces and the foreign economic pressure on the country created the basis for class differences and the inability to sufficiently use the scientific and practical skills of the younger generation and gave rise to the need for careful expert planning required to apply the existing potential.

Over the years, Iran has also shown good progress in the scientific field. If we recall that many Iranian scientists, due to sanctions, were denied access to new and relevant knowledge, and then analyze the progress made in the fields of medicine, pharmacology, nuclear energy, stem cells, information technology and other industrial fields, then we can say that Iranian researchers, given the opportunities available, did a good job. The efforts made by them, in particular, in the field of military technology, are also well visible. Construction of long-range ballistic missiles and anti-aircraft missiles, submarines and anti-submarine destroyers, armored personnel carriers and tanks, combat aircraft and drones, progress made in the field of space industry and nanotechnology, and, finally, advances in technology of cybernetic and electronic wars - all this led to the fact that Iran in the military field has become one of the most powerful countries in the Middle East region.

Thus, the 35 year-old track record of a post-revolutionary Iran can serve as good proof that, despite external pressure and internal problems, the people of this country could still overcome the path of progress and development, and today with the support of the government "moderation and hope" is in waiting for an even brighter tomorrow, accompanied by inner peace and stability and friendship with various nations of the world.

Ctrl Enter
Noticed oshЫbku Highlight text and press. Ctrl + Enter
We are
The world we leave, the world we enter, and the world between themAbout Stalin and Khrushchev
Military Reviewin Yandex News
Military Reviewin Google News
7 comments
Information
Dear reader, to leave comments on the publication, you must sign in.