Eurasian Union and Latin America: how we will help each other 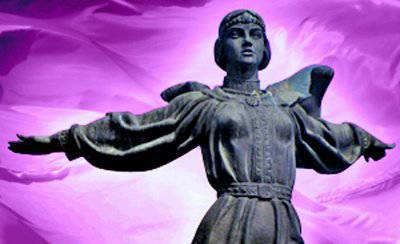 Last November, US Secretary of State John Kerry announced his farewell to the Monroe Doctrine. Even if one considers the words of a high-ranking official to be banal flirtations with Latin America, they still mean that things in the back, that is, southern, US yard are not the best.


The whole epoch that lasted 190 years goes into the past. In 1823, the United States demanded that the whole world recognize its special rights in two American continents, initially planning to conquer the entire New World. In the XIX century, the United States annexed the Republic of Texas, then reduced the territory of Mexico by almost half, seized the Spanish colonies in the Caribbean - Cuba and Puerto Rico.

However, subsequently the territorial expansion to the south was stopped. Cultural differences of civilizations were too great for Latin America or a significant part of it to become part of the United States. Instead, the region fell under the neo-colonial, military-political, economic, and "democratic" control of Washington. For nearly two centuries, American embassies organized revolutions here, changed local governments, conducted financial experiments on a continental scale.

However, already in the 90 of the last century, an interesting tendency was revealed: after the fall of the USSR, US influence in Latin America does not increase, as is the case everywhere in the world, but decreases. The crisis of external control is obvious. And for us in this crisis lies the same chance as for the countries of South America.

Market at 8% of global GDP

Coming from under the umbrella of the umbrella, the Latin American states face at once two challenges. First, they need to address the issue of regional integration. Secondly, there is a need for external partnership - economic, military and political.

Naturally, both issues are interconnected. Interestingly, shortly before his death, Stalin met with the Ambassador of Argentina and probed the soil about the creation of the South American states of America. The diplomat answered him that there are prerequisites for the unification of the continent, but so far they are being extinguished by the United States, which are not interested in strengthening the countries of Latin America and their cooperation among themselves. With external support historical the development of the region even then could have gone differently.

Today in Latin America there are several associations, the integration of which is based not only on the economic, but also on the ideological foundation (which is a complex mixture of the Catholic spirit, Bolivarian socialism and linguistic community). This is Mercosur - a common market of five states, the leaders of which are Brazil and Argentina. This is the Bolivarian ALBA alliance from eight countries, in which Venezuela and Cuba occupy a leading position. Perhaps one of these unions will become a point of crystallization, around which the entire region will begin to unite.

On the other hand, the United States is trying to seize the lost initiative. Under their patronage in 2012, a new geopolitical project was created - the Pacific Alliance (Mexico, Peru, Chile, Colombia, Costa Rica). Nothing has been decided yet; Washington is going to fight for its patrimony.

It would seem that we are with these American affairs? However, the logic of geopolitical positioning of Latin America is such that the more its countries leave from under Washington tutelage, the more intensively they are oriented towards economic and political cooperation with Russia, as well as with other post-Soviet states. And this is the market that makes up 8% of global GDP. That is, we are talking about the prospects for the export of goods, weapons and technology for decades to come.

Thanks to the “Belarusian intelligence” on the South American continent, we could have guessed about the decline of the Monroe doctrine and the opportunities opening up in the process even earlier. This is a special relationship between Belarus and Venezuela. Often, the nature of the latter was simplified to the friendship of the “two dictators” of modernity - Alexander Lukashenko and the late Hugo Chavez. Not without friendship, but the reasons for cooperation still go beyond any personal contacts.

In fact, Venezuela was looking for ways out to Russia. The fact that Lukashenko worked faster and removed the first dividends is his merit. As a result, Belarus and Venezuela today have more than 80 joint projects - from housing construction to oil production and truck assembly. However, in the future, the Venezuelan-Belarusian partnership should still grow into a Venezuelan-Russian one.

Already outgrowing, because the economy of a relatively small Belarus simply cannot provide the entire spectrum of scientific, technical, military tasks facing Venezuela (and, all the more, the entire Latin America). The famous saying about the Bolivar, which will not take out two, in this case is hardly appropriate. Projects enough for everyone.

The arms market in Latin America is a separate topic. Many experts believe that the region is on the verge of large-scale retrofitting. It can be said that the armies in the southern part of the Western Hemisphere were delayed with technical modernization, they still use the 60 – 70 weapons of the last century. However, a number of Latin American countries plan to correct this gap in the near future.

Over the past seven years, Russian exports weapons in the Western Hemisphere amounted to over 10 billion dollars. It is not very much. So, of all the arms exports in 2013 (13,2 billion dollars) to Latin America, one and a half billion fell to Latin America. Will this amount grow to the next seven years? This question should be answered not by gunsmiths, but by politicians.