February 27 2014
5
At the end of last year, the Federal Space Agency (Roscosmos) published documentation on two tenders. The purpose of the tenders was to find an organization capable of performing a number of research projects. In mid-February, it became known that these tenders attracted the attention of the Prosecutor General's Office. Inspection of tender documentation showed that announced tenders could lead to inappropriate spending of budget funds. 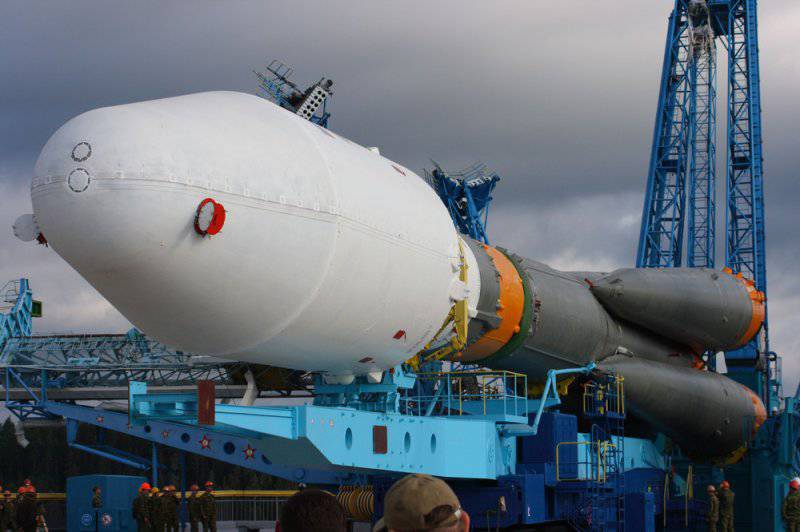 According to the newspaper Izvestia, on January X, the Prosecutor General’s Office sent a submission to the leadership of Roskosmos, in which the organization was informed about the violations. According to Izvestia, for organizing contests that contradict existing legislation, Roskosmos leadership may be brought to disciplinary responsibility.

The claims of the supervisory organization relate to tenders “Development of conceptual documents on the development of space activities in Russia based on system studies of the problems of studying and conquering space in the country and abroad for the period up to 2030 and clarifying the strategic goals and tactical tasks of domestic space activities” and “System studies of development problems space tools and the development of program-planning documents (concepts for the development of space vehicles up to 2030, the Federal Space Program Sessions on 2016-2025 years, etc.) on the creation of promising space assets, taking into account the country's transition to an innovative socially-oriented development model and the results of a long-term scientific and technological forecast. ” The initial value of the contracts was determined in 883 million and 968,8 million rubles, respectively. Thus, the total value of the two contracts exceeded 1,8 billion rubles.

February 5 was announced the winner of both competitions. Two contracts were to be received by the Central Scientific Research Institute of Mechanical Engineering (TsNIIMash). However, the signing of contracts has not yet taken place. In early February, Roskosmos received a submission from the Prosecutor General's Office, according to which all work on the preparation of agreements had to be suspended.

According to Izvestia, two Roscosmos tenders contradict the law “On Space Activity”. In accordance with existing legislation, the creation of projects of the federal space program, as well as the conduct of systematic research relating to the further development of the national space program, should be carried out by the Federal Space Agency. However, the conditions of the two contests implied that such research should be undertaken by a different organization. In this regard, the Prosecutor General’s Office demanded that the results of the tender be canceled and that Roskosmos employees who committed such violations be brought to disciplinary responsibility.

The task of the two tenders that attracted the attention of the Prosecutor General’s Office was to determine the current state of the domestic space industry and the prospects for its development. In addition, the studies assumed to take into account the state of foreign space exploration, the Russian economy and some other factors. In other words, the works ordered were not so much the development of a cosmonautics development strategy as an attempt to collect information on various aspects of the state and development of the industry.

Izvestia cites the words of Corresponding Member of the Russian Academy of Cosmonautics A. Ionov. In his opinion, the essence of the current Roscosmos problem lies in the fact that in two tenders a huge number of different questions were combined. In addition, according to Ionov, the Federal Space Agency needed to be more attentive to the wording. For example, the wording “preparation of materials for strategic research” could protect the tender from claims.

It is not yet known how Roscosmos will solve the existing problem and carry out the planned work. Peculiarities of the legislation do not allow the Federal Space Agency to involve third-party organizations to carry out certain works, which is why it will have to look for some ways to comply with all the formalities.

Cancellation of the results of two tenders will affect not only Roscosmos, but also related organizations. After signing two contracts, 1,8 of a billion rubles was to be received by the Central Research Institute of Mechanical Engineering, however, due to the submission of the prosecutor's office, the money will remain with Roskosmos. According to reports, the peculiarities of the work of TsNIIMash are such that the bulk of the salaries of employees is formed due to the implementation of research works. Thus, the legal features of the two tenders should first hit the employees of TsNIIMash.

Interestingly, at the end of last year, information appeared in the media about the financial problems of the Federal Space Agency. Then the Kommersant publication, citing its sources in the industry, wrote that of the 170 billions of rubles allocated to the space program last year, Roskosmos did not manage to distribute about 30 billions. This amount is made up of the value of unsigned contracts, non-submitted works, etc. It was reported that Roscosmos is looking for ways to absorb the remaining money, since they cannot transfer to the organization’s budget for 2014 a year.

Who and when will begin the study of the prospects of the space industry is not yet completely clear. Apparently, the Federal Space Agency will have to carry out all the necessary work independently, without turning to TsNIIMash or other organizations.

Ctrl Enter
Noticed oshЫbku Highlight text and press. Ctrl + Enter
We are
Completed a surprise check of the troops of the Central Military District
Military Reviewin Yandex News
Military Reviewin Google News
5 comments
Information
Dear reader, to leave comments on the publication, you must sign in.