This aircraft is the first built under the contract of 29 December 2012 of the company “Company Sukhoi” with the Russian Ministry of Defense for the supply of 16 Su-30М2 aircraft in 2013-2015. Another Su-30М2, built in 2013 under this contract (tail number "41 blue"), was seen in January 2014 at the Central Corner airfield (Primorye Territory) as part of the recreated 22 Guards Fighter Aviation Regiment of the same 303- Guards Mixed Aviation Division.

Previously, under the 2009 contract with the Ministry of Defense, the Sukhoi Company had already manufactured four two-seat Su-30М2 fighters built in Komsomolsk-on-Amur and transferred to the Russian Air Force in 2010. 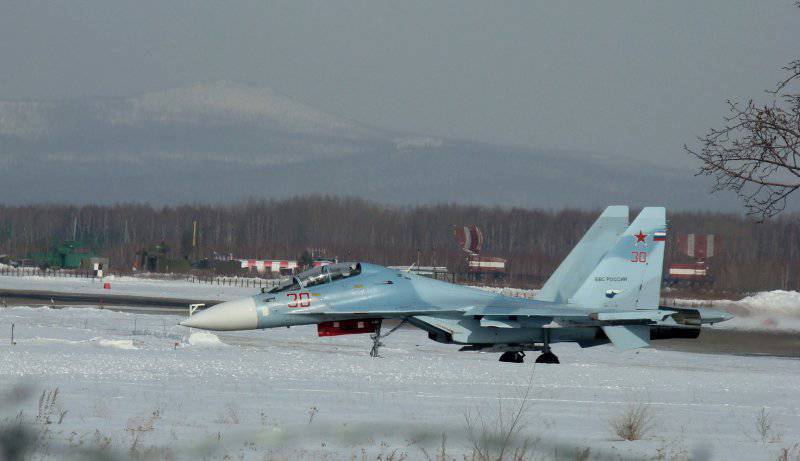 Ctrl Enter
Noticed oshЫbku Highlight text and press. Ctrl + Enter
We are
The action “Military service under the contract is your choice!” In Rostov-on-Don: future contract servicemen, exhibitions and “Russian Knights”Su-35 2013 built at the airport Dzemgi
Military Reviewin Yandex News
Military Reviewin Google News
25 comments
Information
Dear reader, to leave comments on the publication, you must sign in.