Elections do not know who 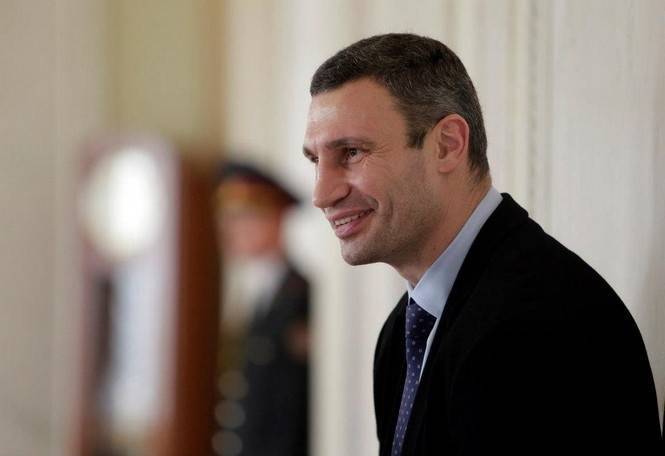 Today, February 25, the presidential election campaign has begun. In "that life" it would become top. newsaccompanied by a lot of stories and publications in the media, as well as light hysteria, turning into bad-mouthing. Now complete silence. No one cares about possible electoral fraud, starting positions of candidates, sociological polls, the formation of electoral commissions, quotas of factions, party congresses on the nomination, the opinion of international observers. And the observers themselves are not visible. Even the opposition’s traditional debate over the past few years about a single candidate has subsided.

The acting president is Turchinov. He, according to the decision of the Rada, signs the laws adopted by the Parliament. President Yanukovych has been removed from his post with the phrase “for self-discharge from duty”. This is not an impeachment, because there is a completely different procedure. Just political expediency. In accordance with the Constitution of the year 2004, restored by some act. It is also unclear how this is not in the BP Regulations. Well, who cares? Elections are scheduled for 25 May. The question of the election of the Verkhovna Rada in the decision stage Perhaps June or July of this year. It is possible that elections of local authorities and the Parliament of Crimea will be held. When is unknown. Money in the amount of two billion to the presidential campaign allocated. The CEC decided to leave it as it is. Once. The building of the Central Election Commission either guards or controls the “hundred” Maidan. So what? The situation of confusion, misunderstanding and some kind of nervous activity in all the political forces traditional for “that life” without exception. Let's go in order.

Yulia Tymoshenko. After the fiasco on Independence, when the participants held posters with an obscene offer to Yulia Vladimirovna to retire, she took a break. I went for treatment at Sharita. How long the "rehabilitation" will last is unknown. The press service of "Batkivshchyna" published a statement that the ex-prisoner did not declare her intention to run for office. Although in her famous speech in a wheelchair, presidential ambitions were clearly visible: “I guarantee,” “I promise,” “I will do.” The doctrine of rejection of a single candidate, whose authorship belongs to Tymoshenko, has lost relevance.

Formally, Yulia Vladimirovna is still the same “single” candidate, given the May last year’s “declaration of unity” of opposition leaders on Sophia Square. In fact, against her today is a powerful counter-propaganda. Even I do not remember when “our Yulia” frankly doused with such frenzy and fury in the media and social networks, although I consider myself an expert on Tymoshenko, since I have been conducting it for almost fifteen years. And last year, everyone actively advised me to “not kick a political corpse”. Now others are happy to do this. TSN shows a nearly five-minute video about Zhenya Tymoshenko’s wife, who, I quote, “celebrated a birthday at one of the most expensive hotels in Rome at the time of the execution of the Maidan”. The plot is made according to all the canons of quality, with a guarantee, "mock-ups": emotions, shooting with a hidden camera, resting against the background of bloody slaughter, corpses, expensive boutiques, shopping, Zheni's two-faced statement that she "mourns the dead." What she plans to do next is a separate topic, to which we will return later.

Vitaliy Klichko. The events of the last five days, most likely, undermined his rating. It's not just Tymoshenko, but also in his behavior. He de facto withdrew. For obvious reasons, he is not in a position to efficiently work out the parliamentary platform. On Independence is not perceived as a leader. His political power was not ready for such a development. There are no distinct statements from him lately. Yes, Valentine Nalyvaychenko, representing the faction "UDAR", headed the SBU. But this appointment even the most enthusiastic sympathizers are unlikely to perceive as a "bonus." Need to explain why? Probably not. His positioning as a leader of a pro-European force supported by Germany and capable of uniting the country no longer works. Again, the fact is obvious and does not require justification.

Arseniy Yatsenyuk. After the release of Tymoshenko, he is not even considered as a presidential candidate in the format "Batkivschiny." Of course, Arseny himself may come forward, but what will it give?

Party of Regions. After the removal of Yanukovych, she lost her leader. Moreover, it is discredited as a political force. She cannot participate in the elections in the “East candidate” format. You can consider Dobkin as a presidential candidate, but this is, rather, a step of despair on the part of the Kharkiv governor. By the way, it is theoretically possible for Viktor Yanukovich himself to participate in the campaign. But he voiced a position that precludes his ability to run: “I am the president, and everything that happens is an unconstitutional coup”.

Petro Poroshenko. Potentially ready to participate, but understands what will come of it.

The following conclusion suggests itself: what is the point of holding elections? No, it is formally necessary to do this in order to restore the legitimate authority in the country. It cannot be in a state where, as it were, there is a parliamentary-presidential form of government, for a long time there is a hybrid of legislative, executive and judicial power in the person of Turchinov.

None of the current candidates are able to unite the country. Moreover, whatever the outcome of the vote, this will be the president of one part of Ukraine, which only formalizes the split. The most likely scenario: the west and the center of someone actively support, the east and south passively keep silent. So, what is next?

Independence does not diverge and will not disperse until the end of the presidential election. Especially after. There is no single presidential candidate from the Maidan and there can be no, because although the thesis about the “new leaders of the uprising” is unwinding, however, the level of the president of the country is not a civic activist. The trauma of the Orange Revolution is affecting, after which everyone waited for two years for Viktor Andreevich to build a bright future, and then for three years, Yulia Vladimirovna argued that Yushchenko is the rarest idiot. She coped with the task. So what?

The formation of a “government of national trust” is directly connected with the problems of presidential elections. First, who will head it? Everyone understands that the presidential candidate can not steer the Cabinet. If only because the economic collapse has practically come. Immediately all the negative falls on him, and to the finish it is already a political corpse. Any prime minister today is a “corpse” tomorrow. You can throw billions in an incomprehensible economy, but this will only lead to the fact that there will be nothing to give. And the new gas price in May will simply kill any head of government and president before his “inauguration.”

In addition, no one in the opposition understands how to implement in the government "professionals whom Maidan trusts." Any government is a rather specific management tool. Anyone who could, already potentially compromised. Hiring "economic experts" is nonsense. Looking for managers. How to manage what doesn't work? Unclear. How to connect the problem of trust and professionalism? Unclear. Here Olga Bogomolets is supported by the Maidan. She is offered the post of Minister of Health. Therefore, we change the gynecologist Bogatyryov to a beautician. This is normal? Well, it depends on what logic to follow. Then, as it turned out, in such structures as the NBU, the Ministry of Internal Affairs and the GPU, work experience is not needed at all. The argument - "Maidan will not accept this." That turned out to be potential presidential candidates in a hopeless situation: you go there - you scrape, to the left - a crisis, to the right - a split.

Well, if everything is subordinated to revolutionary expediency, then we must continue in the same spirit. If you decide that the only legitimate authority is the parliament, then let us elect a president in the parliament. And then dissolve BP in order to elect a new president in the legislative branch of power. If we fail to hold an election, we will establish a temporary meeting, which will include the “best activists”.

Within the framework of the existing reality there is no sense in holding presidential elections.