The construction of a new patrol ship begins

February 26 2014
62
On February 26, a groundbreaking ceremony is scheduled for the lead patrol ship of the 22160 project. Construction of a new warship will be conducted at the Zelenodolsk plant them. A.M. Gorky in Tatarstan. The 22160 project, created in the Northern Design Bureau, implies the construction of a patrol ship capable of operating in a long-distance maritime zone and performing various combat missions. 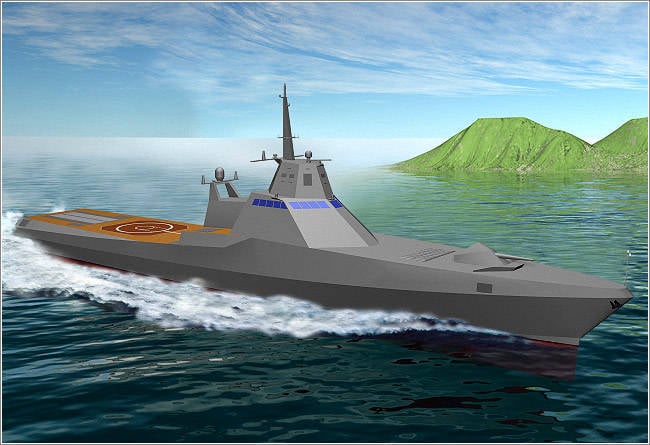 In the list of tasks of the new ship in the future will include the protection of territorial waters, patrolling of economic zones in the closed and open seas, the fight against smuggling and piracy. In addition, 22160 ships can be used in search and rescue operations or in environmental monitoring. In wartime, the patrol ships of the new project will be able to protect the naval bases, the naval connections and the sea routes from the enemy forces.

The new ship with a length of the hull 94 meter and width 14 m will have a displacement of about 1300 tons. The hull and superstructure of the ship will have a characteristic shape formed by a large number of flat panels. Such lines of the ship will reduce its radar visibility. In the bow of the deck provides a place for the installation of an artillery system. In addition, the ship will be able to carry missile weapons. Stern hull given under the landing site for a helicopter.

The 22160 project patrol ship will receive the main CODAG power plant. It will include diesel and gas turbine engines, as well as a set of gearboxes, etc. aggregates. The torque of the engines will be transmitted to two propellers. The total capacity of the combined power plant should reach 25 thousand kilowatts (about 34 thousand hp). With the help of diesel and gas turbine engines, the 22160 project ship will be able to reach speeds up to 30 units. It is recommended to conduct patrols at a speed of the order of 16 nodes, which will bring the cruising range to 6000 nautical miles.

Depending on the tasks assigned, up to 22160 people can be part of the crew of a patrol ship of the 80 project. Autonomy is declared at the level of 60 days.

The ships of the 22160 project are equipped with an A-220M artillery mount with a 57 caliber mm. In addition, for self-defense, the ship can use the Gibka anti-aircraft missile system, several Igla MANPADS and two thumbnail installations with 14,5-mm KPV machine guns. At the request of the customer, the patrol ships can be equipped with the Shtil-1 air defense missile system with two modular launchers or the Caliber-NKE missile system. To detect and destroy saboteurs, new ships should be equipped with the Pallas hydroacoustic station and two DP-65 grenade launchers.

The complex of radio-electronic equipment of the 22160 project ships includes several systems designed for navigation and target detection. It is proposed that patrol ships be equipped with the “Positiv-МЭ1” airborne and surface targets and the Pal-N navigation radar with radar. The detection of underwater targets is proposed to be performed using the MHK-335EM-03 hydroacoustic complex and the Vignette-EM station. If necessary, the ship’s crew will be able to use the TK-25E electronic suppression system and the PK-10 jamming system.

The 22160 project ships will be able to transport and operate helicopters with a take-off weight of up to 12 tons. First of all, these are helicopters of the Ka-27 family. For storage of a helicopter in the middle of the ship, behind the superstructure, a hangar is provided. At the stern of the ship is a platform for takeoff and landing. In addition, as can be seen in the photographs of the layout of the ship of the new project, in the stern there is a place for transporting a light boat.

A few days ago, the Central Naval Portal (Navy.ru) published interesting information obtained “first-hand”. With reference to the commander-in-chief of the Russian Navy, Admiral V. Chirkov, it was reported that the military department intends to abandon the concept of a “water protection corvette”. Instead, it is supposed to build patrol ships. Such ships, having less powerful weapons, should have greater autonomy and versatility. The development of the new patrol ships should take the Northern Design Bureau.

Thus, the laying of a new ship of project 22160 is to some extent the first step in a new program aimed at the development of the domestic naval fleet. The deadline for the construction of the lead patrol ship of the new project has not yet been announced.