Russia in Ukraine and in world politics: “Stalin’s bazaar” 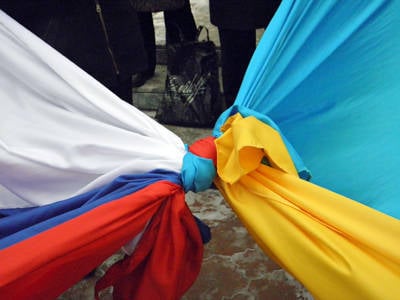 The most common diagnosis made by Russian politics in Ukraine these days is the word “defeat”. By and large, Moscow is accused of the fact that she - the only one of the interested parties - did not take part in the Kiev bacchanalia at all: she didn’t take any side, she didn’t send to the Maidan tanksnor diplomats with cookies.


However, we last time stopped on the fact that Moscow just has a quite distinct position on the Ukrainian question and consistently oppresses a completely distinct line. It’s just that this position is not what it would be convenient to attribute to Russia to other interested parties, including the internal “fifth column” of frantic “swamp” and frantic patriots.

The position, therefore, is available, and the result (the result of it?) Is known. The ratio of one or the other - whether the lesion?

Any power realizes its global policy, maneuvering in three dimensions. These planes here have: its own interests, its own capabilities and objective third-party status.

What do we need

In principle, in the context of Eurasian integration as a priority project of Putin's attitude to Ukraine, apparently by default. And for some time now, Putin has not considered it necessary at all to mask him: “one people,” “the cradle of Russian civilization,” “someday Russia and Ukraine will surely meet.”

It is also useful to recall that in the current version, the philosophy of Eurasian integration does not imply either the joining of any of the fragments of the USSR to Russia, nor even forcing anyone to join the Union. Strictly contrary: at the heart of the Eurasian integration - the sovereign decisions of sovereign states, adopted solely in their own interests. Yes, Moscow does not hesitate to stimulate positive sovereign decisions and in every possible way facilitate their implementation, but without coercion. Ukraine is no exception.

All the tactical moves of Moscow - only in line with this logic.

And in the wake of this same logic, Moscow is generally on the drum, as is the name of the Ukrainian president and what kind of political regime is there - although, of course, today's “revolutionaries” should not be so stubbornly trying to ensure that attitude to their regime is still in Competence’s remit. Shoigu.

What should we consider

We, as you know, are not alone in the universe. Russia as a sovereign state and even as a nuclear superpower is integrated in the existing world order. This world order is imperfect, it is in a deep crisis, and indeed we don’t like it, but it exists.

Moreover, Russia is the very sovereign state, one of the few in the modern turbulent world, which insists on the priority of the norms of international law in resolving conflict issues, on respect for the sovereignty of any state, even if the local regime does not like Putin or Obama.

This principle is as follows.

And it would be strange to a great power to proclaim some principles, and practically guided by others, especially for themselves secretly invented.

Yes, I repeat, the current model of world order is flawed and unfair. Not least the fact that some (we will not point the finger) consider themselves "more equal than others" and allow themselves not to reckon with any rules of any international law, any rules of any morality - and we see this in Kiev real time.

We understand that this is an aggressive arrogance is based solely on the "law of the strongest." And that force must find another force.

We see that for almost fifteen years the “other force”, that is, in this case Russia, has gradually accustomed its partners, fucked up by impunity, to a constructive dialogue. But - it still happens in the world order, where one superpower dominates and sets the rules: we just “in some places” sometimes force it, reluctantly and irritably, to recognize ourselves as a player, and not as terpily. I repeat: this all happens in a world that our Western partners consider to be their property — and in fact they are not so far from the truth. Alas.

Our real possibilities - political, economic, military, ideological - as of today are much more limited, local than the capabilities of competitors. Yes, to varying degrees - but the balance is still not in our favor.

But mainly it is not so much the economic indicators or the combat readiness of the Armed Forces that bind us hand and foot that impart political characteristics of the Russian state and Russian society.

We do not have a single applied understanding - neither in society nor, therefore, in power - the tasks of Eurasian integration in particular, and the development strategy of the country in general.

But we have a “fifth column” - both in society and, therefore, in power - the size of a good military district.

We, therefore, do not have a coherent, internally consistent ideological project - at least (and even first of all!) At the level of images and terms - to which both citizens of the Russian Federation and the Russian Federation would be drawn without prodding. The imperatives of “mutual benefit” and “welfare” work well in the first step of integration - in the step of the Customs Union. But within the framework of tough global ideological competition, they are secondary, they are just a copy, which by definition is inferior to the Western original.

Our propaganda, therefore, has nothing to propagandize - except for the truly triumphal Olympiad and, in our case, the historical unity of the fate of Russia and Ukraine. But this, as rightly pointed out by Comrade. Marakhovsky is clearly not enough not just to confront the enemy propaganda machine, but at least for a formal presence in the Ukrainian information field. Why, there is an information field - in our country, both in Ukraine and in the Russian Federation, generations have grown up that sincerely consider each other as “foreigners”.

Any of you, dear readers, will complement this short list of their own considerations.

And any of you can independently assess what is irresistible given from this list, and what is just a political task that has not been solved so far.

And any of you can come to the conclusion that there is no doom here - everything is in our hands and in our will. Including - in the hands and will of the people of Ukraine.

It should be noted that in these circumstances - both subjective and objective - the policy of Moscow does not look luser at all. Especially if it does not evaluate the short-term emotions, even very strong, but at a distance. And knowing that the distance has not yet passed, nothing has been completed.

Yes, Moscow in the Ukrainian glade "plays black", and its competitors - "play white". However, the game did not start yesterday, and each move somehow changes the situation - regardless of the order. As the “euromaidan” was a response to the breakdown of the “euro-association”, the forthcoming response of the Kremlin will inevitably set a new format.

In the classics of world politics, such a tactic — bending your line, using even your weaknesses and even the strength of your competitors — is called the “Stalinist bazaar”.

And the "Stalin Bazaar" requires patience and accuracy. And the result is considered to be on May 45.

Ctrl Enter
Noticed oshЫbku Highlight text and press. Ctrl + Enter
We are
About Stalin and KhrushchevHow can Russia survive and win in the 21st century?
Military Reviewin Yandex News
Military Reviewin Google News
106 comments
Information
Dear reader, to leave comments on the publication, you must sign in.