Israel will retain its armor Namer, but will reduce their production 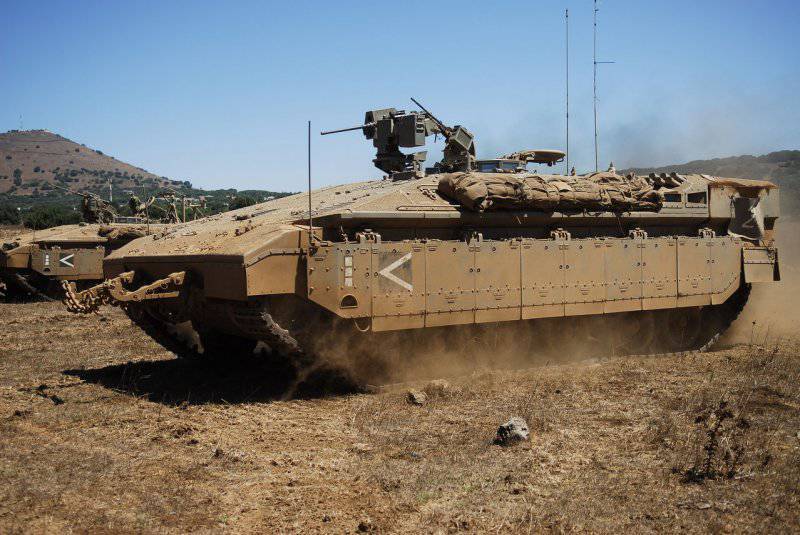 Israel is reducing the production of its new BAT Namer to 170 units. Initially, back in 2010, Israel planned to purchase 600 armored personnel carriers. Budget cuts and a reduction in the military threat have made adjustments to these plans. Now its production will cease in the 2017 year, and not in the 2019 year, as it was previously planned. The first 200 Institutions were produced in Israel, the rest are manufactured in the United States, since their production is cheaper there. The American company General Dynamics has signed a contract for the construction of most of the Interers and has already begun their production this year. 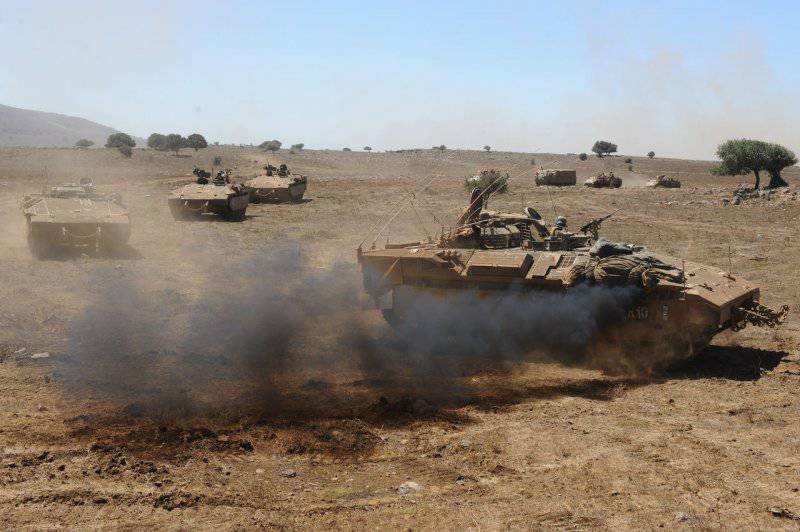 Several infantry battalions are already equipped with Israel’s built Namers, mainly the Golani brigade in the north of the country near the Lebanese border. At the start of 2010, Israel used several Namer armored personnel carriers in the Gaza Strip. This was the first combat experience for Namer, and the BTR justified all the expectations placed on it. One of them was used as a forward command post, allowing officers to be close to the combat area. Several radio stations and sensors placed on the Nadera allowed operational control of units and calling for air support. 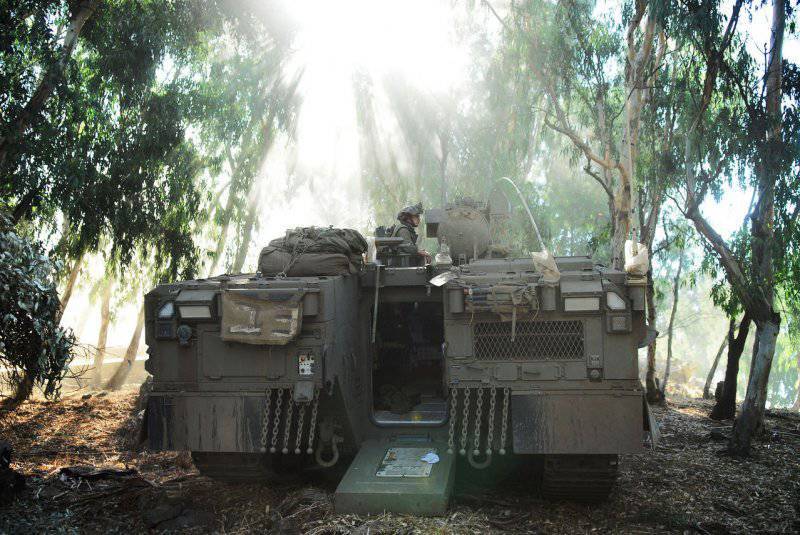 The intention is based on the chassis of the old tanks Merkava I and Merkava II series. Currently, these tanks are withdrawn from service, so they must be either disposed of or converted. Thus, Namer has the same armor protection as Merkava. The place of the dismantled tower was taken by a remotely controlled turret with a heavy machine gun. The front location of the power plant and the armored door in the stern of the Merkava tank allowed for a fairly simple upgrade.

Despite the fact that the Israelis liked the speed of the Stryker, the purchase of which they are considering, they are confident that over the next ten years they will still have to fight with Palestinian terrorists in urban areas. There Namer has the advantage due to its thicker armor. Outside the urban development has the advantage of Stryker. In the event that the Israelis cannot afford to build enough Interes, they will reinforce their M-113 armored vehicles with additional armor protection. Nevertheless, on the basis of the test results, as well as the first experience of hostilities in the Gaza Strip, it is clear that the troops prefer Namera. 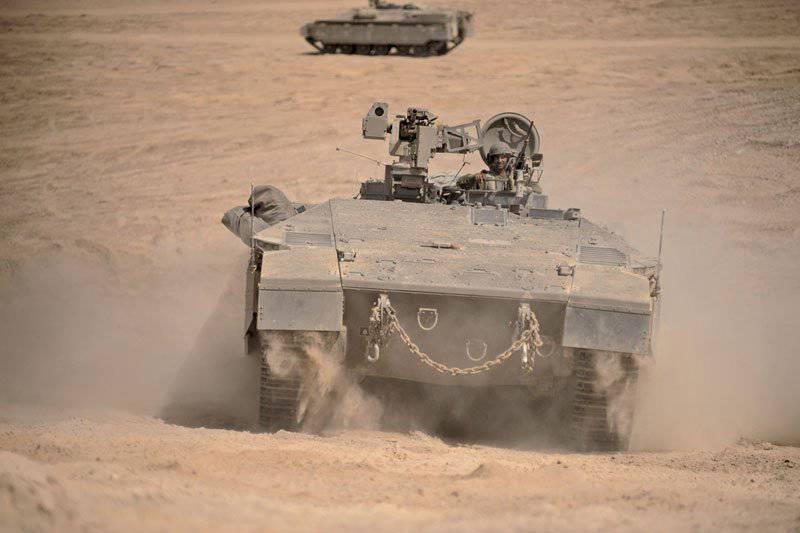 Namer is able to hold twelve fighters (driver, gunner, commander and nine infantrymen). The troop compartment is also equipped with a stretcher, which allows, in addition to the full load, to transport one wounded man. In addition to the remotely controlled 12,7-mm machine gun in the left front of the machine is the top hatch, allowing the commander to use the 7,62-mm machine gun. The armored vehicle also has a Merkava tank control system and four cameras that provide external all-round visibility of the vehicle. The remotely controlled machine gun is equipped with a night vision system. At the request of the fighters, the car was also equipped with a toilet (in many operations, the fighters had to remain on board continuously until 24 hours per combat exit). 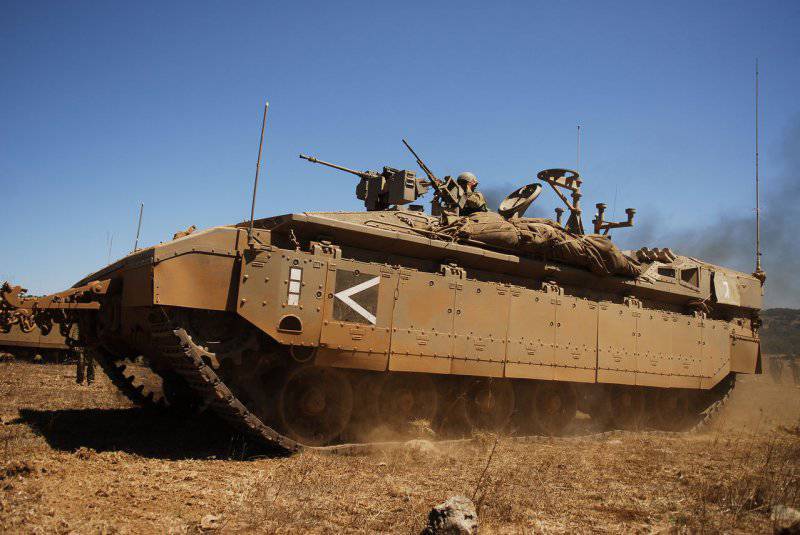 Israel has more than 200 Merkava I tanks, the oldest of which is at least 25 years old. In addition, there are more 500 decommissioned Merkava II tanks. The dismantling of the tower and the reinforcement of the bottom armor make the 54-ton Namer the heaviest armored personnel carrier ever built. Each Namer costs about $ 3 millions. New production cuts will increase the cost of each machine by about $ 200,000. 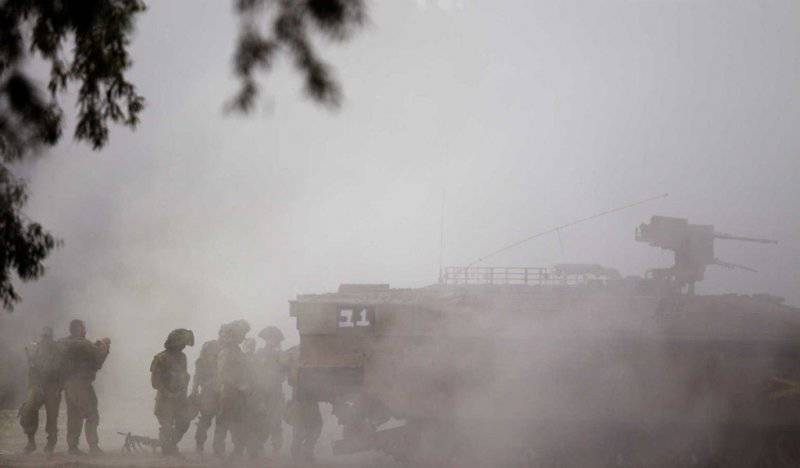 Earlier, Israel experimented with refitting T-55 and Centurion tanks into armored personnel carriers. It was not an easy job, since the engines in these tanks were located in the stern, where the exit doors of combat vehicles are usually located. When the retired Merkava tanks appeared, their conversion into heavy armored vehicles turned out to be more obvious. In addition, Israeli troops were not happy with their old and poorly protected M113 armored personnel carriers and were seeking a safer vehicle.