February 26 2014
58
25 February 2014 on 02: 01 in Moscow newspaper "News" published a material in which it is stated that the defense of Anatoly Serdyukov, who was accused of the 1 article 293 (“Negligence”), sent a petition to the TFR for applying an amnesty to the ex-Minister of Defense. It is reported that we are talking about the same amnesty, which was announced in connection with the 20 anniversary of the Constitution to persons convicted or under investigation on charges of committing minor crimes. It would seem that the amnesty timed to the 20 anniversary of the Constitution of the Russian Federation, has already taken place, the "gate" is closed - stay on the field. But ... It turned out that for Anatoly Eduardovich there may be exceptions here too. It turned out that all recently the lawyers of the ex-minister allegedly studied the 50 volumes of the case, and therefore had something like a kind of reprieve ... That's how. 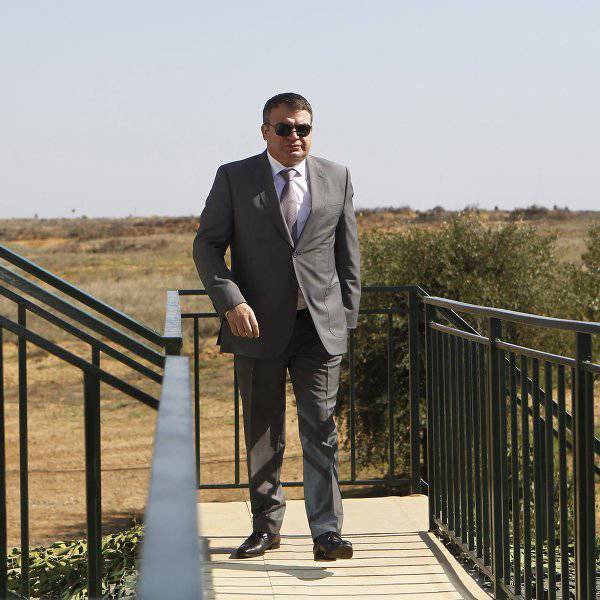 25 February 2014 of the year, but only in 09: 50 Moscow time, publishes a short note “Interfax". The article cites the words of one of Anatoly Serdyukov’s lawyers, Heinrich Padva. Mr Padva states quote:

He did not file any petition, that's all I said. It is not true that he filed a petition.

According to Interfax, attorney Padva declined the expanded commentary.

So whether the petition for amnesty or not filed? Intrigue?

If we return to the phrase of Heinrich Padva, “It is not true that he filed a petition,” then it is still not clear where exactly Mr. Lawyer put a logical emphasis. If this word is “he,” then there is no contradiction with the publication of Izvestia, because it says that the petition filed a defense, that is, perhaps, Heinrich Pavlovich himself. Well, and if the logical stress is placed on the phrase “filed a petition”, then it turns out that someone frankly lies: either an unnamed source of the Izvestia newspaper, or Henry Pavlovich Padva ...

But is it really important? Well, let's say that Anatoly Eduardovich did not file a petition. What, by and large, does that change? If you look at the option of punishment according to the very paragraph 1, Art. 293, then it looks ridiculous: the maximum penalty is three months of arrest or correctional labor for up to one year. Even if for a moment it is assumed that the court will convict Serdyukov, the ex-minister may well carry out the same “correctional” work in some state-owned company (in Rostec, for example ...) and not as a toilet cleaner. And talking about the fine in the amount of “up to one hundred twenty thousand rubles” (such an amount as a variant of punishment, in particular, is specified in paragraph 1 and xNUMX) somehow doesn’t seem significant, especially considering the scale of embezzlement that revealed themselves to the Ministry of Defense. The truth now turns out that there were no embezzlements, “possibly”, and there were no - just “mistakes and shortcomings” of financial management ...
We were clearly explained to us that the investigators had suffered a lot when they were working on the so-called “gambling case” - the case of the Moscow region prosecutors. And here, too, everything will intelligibly explain whether it is necessary to doubt ...

The only reason why, purely hypothetically, Anatoly Serdyukov could need amnesty, then this is to avoid a court sentence. That is, he can be amnestied as a person under investigation, but not as an accused. And this, as it were, “clears” the reputation of the former ex-minister, as he and his lawyers might think. True, the term “clear reputation” in the case of the former head of the defense department and all his ladies' battalion ”looks, well, completely inappropriate. But this is inappropriate for ordinary Russians, and for those spheres in which Anatoly Eduardovich and Heinrich Pavlovich rotate - the term is quite ... quite ... acceptable.

In general, a petition for the amnesty of Serdyukov has been filed or not - this is no longer a matter of great importance. Why? The thing is that during the time that the investigators, let's say, devoting to the theft case in the Ministry of Defense, the case itself managed to cover itself with moss three times. The moss of the “investigative procedures” in the case of “Oboronservis”, the moss in fact about the dacha in Zhitnoye, the moss on stories with the oddities of renting and servicing expensive cars by affiliated companies, on the situation around the “construction” of the radar station in Anapa on the seashore, when instead of the radar a yacht berth rose for some reason ... Now, behind this layered moss, not everyone can see and remember, and from what, in fact, all this gimp began. Perhaps this was the main focus ...

If in November 2012 had been announced to the people that closer to March 2014, the matter had not actually moved from the dead point, then not everyone would have believed it. Like, what are you talking about? Can not be! Guilty just sit down soon!

Today, the number of Russians who still expect to live to convictions against the ex-minister and his retinue, in mathematical terms, tends to zero. A simple majority, guided even by purely psychological positions, lost all interest in this story. As the saying goes, the defendants and investigators took us out of business. This legal (or pseudo-legal) extravaganza with a tightening of time has reached its apogee and can even be entered in the Book of Records - the Book of Records of Serdyukov (RED).

By the way, in addition to the number of volumes of evidence, kilograms of jewelry, square meters of valuable paintings, apartments and villas, in addition to love poems and expensive cars with “blue buckets”, you can add a rather remarkable phrase that was spoken by the FPS representative for a little more than two weeks. back - on the day when this representative arrived for Yevgenia Vasilyeva at her apartment in order to deliver the former head of the Department of Property Relations of the Ministry of Defense to a regular court hearing.

I arrived for Vasilyeva in 8.30 in the morning. She opened the door and said she would not go. Says: I will not go and that's it! We can not bring her power!

That is what the FSIN worker explained to Vasilyeva not to appear in court.