Globalization in Russian. Part of 2 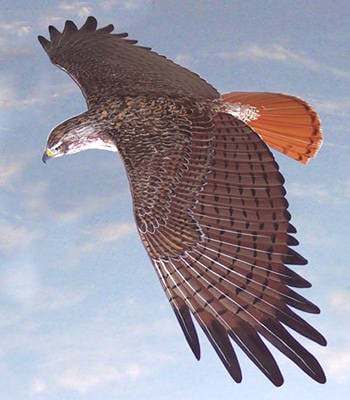 The Russian people, the most powerful people on the planet, were broken first and foremost by the fact that they were almost able to convince him that he was “a slacker, a fool and a drunkard”. We were able to "put to sleep" his consciousness, undermine confidence in himself, in his own strength, made him forget the Russian principle of Being: “We are Russian. God is with us! ”Using the most powerful weapon - Information.

The Russians are currently “crying” that in the 20th century they were “undermined” twice, their states were being broken, but it’s worth looking around, it is clear that we are not alone in this regard. But there is a possibility of rebirth, and not small, the main thing is the Spirit. Let's look at the relatively recent historical past: Germany as a single state was not created until 1871, it suffered two terrible defeats in the 20th century, a complete collapse, but was able to revive. Germany is currently the third in economic power in the world (Japan, after God’s disaster, will remain in the top ten), and the revival of its political power is a matter of time, now it has refused to accept the “occasion” of Paris and London in relation to Libya.

France suffered for two centuries 3 strategic defeat: the collapse of Napoleon’s policy, the terrible defeat of Prussia in 1870-1871. and a complete collapse in 1940, with the occupation of half the country. Currently, France is one of the leading powers in the world, with a strong army, with its own nuclear forces, in Africa more than a dozen countries are under its control (former French Africa). The French economy, together with the German one, is the basis of the European Union.

China was a semi-colony of the great powers, he was beaten by all and sundry, poisoned with opium, dismembered. The occupation and genocide against the Chinese by Japan, the continuous civil war that lasted from 1927 to 1950, plus the mass of armed conflicts between local generals and governors took China millions of lives, there is no exact figure. At present, the People's Republic of China is “the power number two”.

The states in 1823 were a bunch of former British colonies that no one in the world took into account. But President Monroe proclaimed the doctrine of "spiritual governance of the planet" ("Monroe Doctrine"). According to it, the States were supposed to "knock out" (financially and economically) Europeans from Latin America, and then subjugate Europe to themselves. What now? The USA is the number one superpower.

Before a major success is a major defeat. Even if you take an individual, note that many of the prominent personalities (scientists, politicians, athletes, military, etc.) had some kind of defeat in their way of life or disease-illness. Suvorov was a frail, sickly teenager, Napoleon also did not shine with physical features.

Most of the current "elite" are the defeatists who destroyed the Red Empire, and their children, they are affected by the virus of lack of will, hedonism, can only enrich themselves at the expense of the country and its population.

To win, we need another elite — strong-willed, devoted to the Motherland, ready to go to Death in the name of the ideals of Light Russia, the Grada of Kitezh project, indifferent to luxury — Svyatoslavs, Alexandra, Sergii, Ivana the Terrible, Suvorovs, Stalins. Moreover, it is the group, and not the individual leader like Hitler, that the individual is easily eliminated.

It is necessary to change the entire system, individual measures do not bring positive changes. The only effective response to the global project of the West can only be another globalism - Russian.

Russian project and the West

It is a question of the life and death of the Russian people: either we them, or they us. In the information war with the West, we lose every year from a million to several million lives (if we include abortions). The West was able to introduce its views of the world, its world view, and therefore gains up. Slaves who do not see the collar and walk in the illusion of freedom are not dangerous.

The western project is not homogeneous, although in general it is the whole enemy of Russia. There is a division in the Anglo-Saxon project (London and Washington), which is still among the leaders. The oldest center is the Vatican (Rome), the heir to the matrix of the Roman Empire, the most ancient enemy of Russia. The project of Jewish elites who dream of their "World King".

Berlin has always been a “watchdog” in the war against Russia, but at the present time, with the wise policy of Russia, it can get out of control and start moving towards liberation. In Germany, there have always been strong tendencies towards building a “people's aristocratic society”.

The masters of the West have almost reached their goal - total control over the Earth with the “mark of the Beast” on everyone's face. After that, we are waiting for a "reduction in the livestock population" of slaves, the world is losing controllability, and in vain the inhabitants of Western countries believe that they will fall into the "golden billion", this was voiced for the fools. Mankind is planning to start up almost entirely under the knife and start the journey again when the surviving "gods" and wild groups of savages remain. Apparently, the lucky natives of the jungles of Amazonia and the same remnants of the previous primitiveness, they survive all the time and have not lost their skills of self-preservation.

Will Russia be able to survive in the Russian Federation? It may well be proven by examples of North Korea, Iran, Cuba, Vietnam, given the presence of nuclear forces. But the restriction of its “field” within the framework of one state will lead to “decay”.

More effectively the creation of the Russian Union from the Russian Federation, Belarus, Ukraine and Transnistria. War we will not declare, this is a global suicide. And we must begin to systematically undermine the positions of the States and other centers of the West throughout the world. They themselves dug up the grave, evoking the hatred of almost the entire world, all they need is to throw some firewood, use their own strategy in the cold war against the USSR, help the Taliban in Afghanistan with weapons, and sell the most advanced defensive weapons to Iran. Time will work for the Russian Union, the enemy will disperse forces and means.

It is time to put an end to attempts to dismember the Super-ethnos of the Rus into artificial nationalities. It is necessary to say directly that there are Rus-Russian people, the core, the core, the basis of Russian civilization. Russia, Ukraine and Belarus are pseudo-states, Russians, Ukrainians and Belarusians are pseudonations; there is a single people - Rus, Russians (with local peculiarities) and a single Russian space.

Russians have never proceeded from narrow, selfish interests, they are subordinated to the Program of God - the idea of ​​universal, global justice. That is why the Russians accepted Christianity and Communism, they were based on the idea of ​​Justice, Truth. Our ideal is the Empire of Justice.

The Ruses lived in a single world, not sharing basic concepts for “their own” and “alien”, accepting honest people of other roots as their own. Therefore, the Russian elite easily included people of other nationalities who, together with the Russians, did the Common Cause - Armenians, Tatars, Germans, Scots, Finno-Ugrians, etc. That is why Russia is still the largest country after all the upheavals and dismemberments . The largest contribution to the general construction was made and entered into the core of the Russian civilization by the Tatars (not the Crimean) and the Finno-Ugric peoples of the Volga region and Siberia.

It is necessary to remove a dangerous flaw - the national-territorial division of Russia, it is necessary to emphasize not the differences of peoples, but the commonality of their interests and the similarity of basic concepts. Peoples can have their own cultural autonomy (not political), their own religion, but they must have in common: the plan of living arrangements (Justice), statehood, history, economics.

All attempts to build ethnocratic republics, autonomies, have a goal - Destruction of a single organism.

The cohesion factor may be the presence of an external enemy. Already, almost all residents of the Russian Federation, Ukraine and Belarus (the overwhelming majority) saw that the destruction of the USSR was aimed not at improving their lives, but at the desire of the USSR nomenclature to seize national wealth. They saw the West’s aggression towards Iraq, Yugoslavia, Afghanistan, Libya. Illusions collapsed.

Only one fact of the formation of the Russian Union with a population of more than 200 million free people and the refusal to support a false global financial system with its real resources will put the Western slave-owning system to the brink of destruction. Already, the world cannot withstand the Beast, in the USA, unrest, at any moment all their well-being, which rests on "green paper", will collapse. The European Union is "bursting at the seams", on the verge of ruin Greece, Ireland, Italy, Portugal, Spain, United Kingdom. Japan is full ... she does not get up. China will collapse without our resources, so we will find a common language with it. The Russian Union will be happy to support a number of Latin American countries headed by Hugo Chavez.

With the help of Iran, the Russian Union will be able to push the rotten "elites" of the Arab monarchies to the abyss, they have to help us - to help Washington crush the USSR.

It is time for the Russians to throw off the last illusions about the "kindness" of the world around us - predators around, ready for the opportunity to live better, or live more, to tear and kill. Become tougher and more sanity. Russians will be hated by any - monarchists, pagans, Orthodox, red, democrats; Russians are the main pillar of peace and stability on the planet, therefore they will destroy us to the last, otherwise “the matrix will not be reset”. Without the establishment of a Just World Order, the world is doomed.

And the last thing, The Russian people need leaders — not one leader, not two, but thousands, tens of thousands of ascetic, intelligent, healthy people with the body and the Spirit. And your task is to become them, discard the dirt from the Russian Spirit and start building the New Russian Empire, the Empire of Spirit and Justice.