Kim Jong-un and the “concoctions of scum”

February 26 2014
56
In recent days, several events have occurred in and around North Korea that gave rise to this review. First, Russia was going to forgive the DPRK Soviet debts, as much as ten billion dollars (they were found to be hopeless, and now the State Duma will begin consideration of the relevant bill on write-off). Secondly, on February 12-14, high-level talks were held between North and South Korea, and on February 20-23 families met at the border, separated by the Korean War. Thirdly, 24 in February, the United States and Young Korea launched large-scale two-month military exercises, which, by the way, will carry out Pyongyang’s storming. Fourth, the UN international commission issued a report on crimes committed by the DPRK authorities against humanity. Fifthly, the DPRK government criticized the report in its corporate style, calling the 372 text pages distortion of the “true picture” and “fabrications, deliberately fabricated by enemy forces and rabble.” 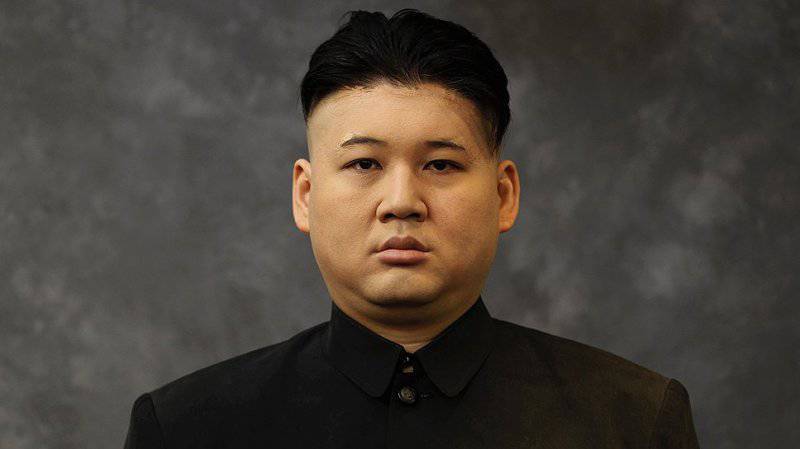 19 February it became known that the Russian government submitted to the State Duma a bill to write off the debt accumulated in the DPRK. We are talking about ten billion dollars. Another billion dollars in the DPRK will not be written off, but they will be asked to return it in the next twenty years, and then Russia will pledge to invest it in the North Korean communist economy. A quotation from the explanatory note to the draft law: “The amounts sent by the DPRK to repay the debt are to be used for financing projects in the field of health, education, and energy in the DPRK as agreed by the parties.”

The DPRK has accumulated these Soviet debts arising from active military-technical cooperation with the USSR for almost forty years. In market times, that is, from the rule of Yeltsin and still, negotiations were held on the so-called "debt settlement". Of course, there was no point in these negotiations. Initially it was clear that the Korean leaders would not give anything. In addition, we all have become accustomed to the fact that the “settlement” in the Aesopian diplomatic language is called preparation for the complete or almost complete cancellation of debts. Korea is not the only "forgiven" country. Last year alone, Russia forgave large debts to Kyrgyzstan and Cuba. The last debt, partially restructured, was already 30 billion dollars. By forgiving debts Moscow improves relations with debtor countries. Regarding the DPRK, the Kremlin declares: writing off debts will improve relations between Russia and the DPRK.

Improving relations is also achieved through humanitarian assistance. 7 February, the press reported that in 2014, North Korea would receive thousands of tons of grain from Russia as part of humanitarian aid from Russia. In addition, the DPRK received from the Russian Federation three medical modules with medicines, supplies, medical equipment and instruments for surgical operations and further treatment for a total of 50 thousand euros. Russia also supplied the North Koreans about 50 thousand tons of wheat flour (humanitarian aid through the UN World Food Program).

In the meantime, human rights violations in the DPRK were studied at the UN. The other day the press presented a report of the United Nations Commission, which noted that the leadership of the DPRK could be brought to an international court on charges of crimes against humanity. The government of Kim Jong-un is accused of torture, massacres, violence against women, children, forced abortions, we are also talking about concentration camps, slave labor and the like. The commission worked for a whole year (with lunch breaks and weekends), and here’s the result - three hundred and seventy-two pages of charges. Tribunal smacks. Moreover, the 372 pages, prepared to be sent by mail to the leader of the North Korean communists, were added: they wrote on it that Kim Jong-un was personally responsible for all the crimes. The main person on the commission, Michael Kirby, wrote the following: “Any official of the DPRK who orders crimes against humanity, commits them or assists them, falls under criminal responsibility in accordance with international law.”

The North Korean government immediately replied to the received mail. The propaganda machine applied its favorite style. Something stylistically similar was popular in the USSR when it came in newspapers about the plans of world imperialists, who extended their dirty hands, for example, to fraternal free Cuba.

The DPRK authorities' response to the UN report was published by the Korean State Central Telegraph Agency. Here is the main message to the UN: "The report distorts the true picture of the people of Korea enjoying true freedoms and is spiced with outright lies and fabrications, deliberately fabricated by enemy forces and rabble, such as elements of dubious origin, who fled from the North."

In addition, the North Korean government advised no longer the United Nations, but the United States not to stick their heads in the affairs of others and go on to study the issue of human rights violations in their own country.

“The so-called investigation commission was craftily drafted last year by the United States and its cronies ... and we never even recognized the fact of its existence,” the Interfax official quoted the words of the DPRK MFA official.

Yes, let us add, the UN has long become an American puppet. Ban Ki-moon's recent Olympic sermon on homosexuals is an excellent confirmation of this.

North Korea is hardly a heavenly place. However, how much can you believe the speakers? It turns out that in the DPRK members of the commission were not even allowed! They had to go to South Korea, where in front of them (publicly) three dozen of some witnesses, whose past has not been verified, appeared before them. And why check, if the findings of the report are certainly set in advance. At least, it’s naive to blame one Kim Jong-un — he is not an angel, but he wouldn’t have been able to do enough work in the short time of his reign to cover the 372 page plus the accompanying text.

Kim Jong-un, like any other political figure, be it Obama, Putin or Nicholas Maduro, whoever you want, requires an objective approach to himself. Especially when it comes to the investigation. The United States and its puppet structure - the UN - has long neglected objectivity. Assad is the poisoner of his people, despite the evidence to the contrary, Putin is a tyrant, thief, gangster and occupier of Ukraine, Maduro is the oppressor and enemy of “free enterprise”, and Obama is the torch of exceptional power, assuring the entire planet that the unrest in Kiev is sign of democracy.

By the way, China has already stated that it objects to the consideration of the “DPRK case” at the International Criminal Court and promised to veto a relevant resolution in the UN Security Council.

Therefore, it turns out that commission members in vain received a salary for a whole year.

And if to be objective, earlier, on February 12-14, on the border of two divided Koreas, high-level negotiations were held - the first with 2007 of the year. The Republic of Korea was represented by the head of the Secretariat of the National Security Council at the government of Kim Kyu Hyun, and the DPRK was represented by the deputy head of the United Front, Won Don Yong. At the talks, among other things, the question of organizing regular meetings of families separated by the Korean War was discussed. The meeting was organized at the initiative of the DPRK and was positively assessed by the international community.

20-22 February already had the first meetings of divided families.

According to Voice of America, the meetings took place in the Kumgansan Mountains in the DPRK. Only for the first day, the 82 citizen of South Korea and 180 of their North Korean relatives took part in them. Such meetings were not held for more than three years, repeatedly canceled due to political tensions. The February meetings were also almost canceled - due to the perturbations of the DPRK in connection with the upcoming military exercises of South Korea and the United States.

These joint exercises started on February 24 and will continue until the end of April. More than 12,5 thousand American servicemen take part in the maneuvers. A statement by the United States-South Korean Command, which leads the BBC, said that Key Resolve, a computer simulation of the fighting, as well as Foal Eagle, would take part in the exercises, "Ground Resolve", sea ​​forces. The United States and South Korea insist that the exercises are defensive in nature, and Pyongyang calls the maneuvers "exercises for war." On the South Korean side, around 10 thousand soldiers participate in the exercises. At the end of the exercise, Barack Obama will arrive in Kazakhstan.

Speaking about the "teachings for war", Pyongyang, of course, uses propaganda. Meanwhile, in March, in the framework of the “Foal Eagle” exercises, it is planned to work out a landing on the eastern coast of the DPRK and even a throw on Pyongyang. The Key Resolve exercises also provide for some “emergencies” in the DPRK and response actions. Basically we are talking about potential nuclear threats.

And another one news from the DPRK. Kim Jong-un reluctantly went towards progress. DPRK residents are not allowed to use the Internet, but now, probably, an exception will be made. Two dozen computers with access to the World Wide Web will appear in the Kaesong industrial zone: it is much more convenient for companies to communicate with their neighbors from South Korea via the Internet rather than use telephones and faxes. It is still difficult to say whether 20 workers who work in joint ventures are “morally decomposed” by 44000 computers with access to the network, since the project is only being worked out.

All these events suggest that Kim Jong-un softens both domestic and foreign policy. Undoubtedly, the political decisions of the neighbors around the planet — for example, the Russian decisions on humanitarian aid and on the imminent forgiveness of major debts — are inclining toward such a “softness” of the North Korean leader. Undoubtedly, the DPRK is also pleased with the Chinese statement about a possible veto on a resolution in the UN Security Council on a report on the violation of human rights in North Korea.