February 25 2014
3
Unmanned aerial vehicles play an increasing role in the modern battlefield. The armies of many countries spend huge amounts of money on them. The most advanced and widespread unmanned technology received in the US Army. Over the past few years, the Pentagon has invested millions of dollars in the development of unmanned aerial vehicles of the most initial level - tactical platoon UAVs, which can be used by individual military personnel to conduct short-range instant reconnaissance. As a result of systematic work, such perfect UAVs as the Black Hornet and Puma AE appeared. However, soon they may have to make room.


The Singapore-based company ST Kinetics presented its new invention - the 40-mm grenade SPARCS (Soldier Parachute Aerial Reconnaissance Camera System). Each of these grenades is equipped with a modern CMOS camera (a complementary metal-oxide-semiconductor structure), which can transmit an image in real time to any computerized receiver. According to the Singaporean company, any wireless device that will be able to catch the 2,4 GHz signal and works with software compatible with most modern operating systems can become a receiver of such a camera. In this case, the resulting image can be re-transmitted to other portable devices.

The novelty from the Singapore company ST Kinetics is interesting, first of all, because it allows to solve the tasks facing modern micro-pilots of a platoon level for much less money. The company's engineers modified the 40-mm grenades by installing portable video cameras in them. These 40-mm grenades are designed so that they can be launched from all types of grenade launchers, which are currently ubiquitous in the US military, as well as among special forces in the fight against civil unrest and the police. 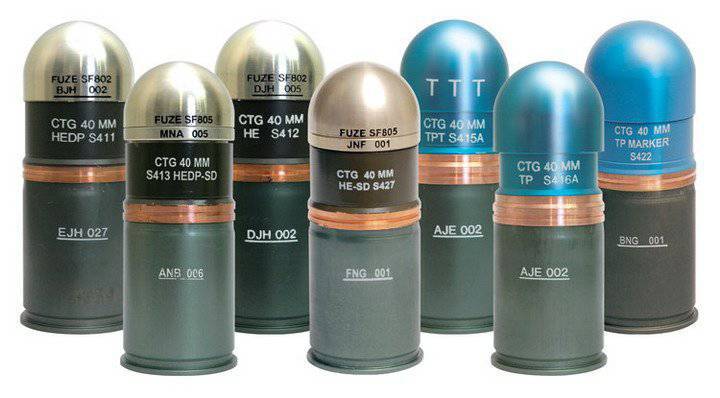 Unlike its conventional counterparts, these shells do not explode when in contact with the target. SPARCS shells must be launched to a height of the order of 150 meters, at this height a miniature parachute opens around the projectile and the all-round camera is activated. This camera is able to transmit the received image to the tactical shooter screen or to any other device equipped with a wireless signal receiver.

According to representatives of the Singapore company, these spy shells are equipped with a camera that is able to provide a top-down view of a given observation zone. At the same time, the obtained images can be automatically stitched together, forming a complete picture and providing the observer with a broad overview of the terrain from the air. These ammunition can also be used in areas with dense buildings, for example, in the city. Such spy shells are able to prompt the soldiers what is happening behind their shelters, on the roofs of nearby buildings and structures, in alleys and parks, providing better situational awareness of military personnel.

Due to the utilitarian nature of the device, SPARCS video is not encrypted. The shell is engaged only in the transmission of video information, it does not save data. Therefore, in the case of the capture of the device by the enemy, it turns out to be useless for him. Moreover, since the projectile has a small radius of action (about 140 meters), it is very likely that during the landing of the projectile the enemy will already be located at a distance of fire. 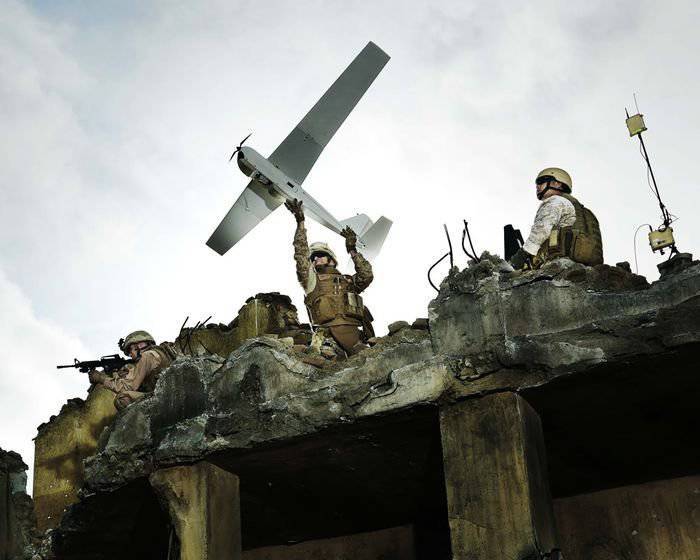 If we talk in general, then modern tactical UAVs, of course, provide a better quality picture, and can also be in the air for a much longer time than the SPARCS projectile. At the same time, the system proposed by Singaporean engineers, much cheaper than tactical UAVs, easier to transport, is able to provide important information to soldiers much faster than any platoon-level tactical drone. At the same time, there is currently no reliable information on whether the US Army plans to include such ammunition in its combat tools.

It is worth noting that the spy shell for a grenade launcher is not the only such development. In 2012, the well-known Time magazine included a technology start-up company Bounce Imaging from Massachusetts in the list of the best innovations of the outgoing year compiled by journalists. Engineers from Massachusetts offered a hand grenade, equipped with surveillance devices. By the principle of action, it is similar to a bursting grenade, which is thrown into a room in battle in order to “clear” it. However, a high-tech device does not explode indoors. The camera-grenade does not kill anyone and does not hurt by splinters; it gives an 360-degree panoramic picture of the room, which is instantly transmitted to a special unit soldier’s portable device, which can be, for example, in the next room or in the corridor.

Externally, this device looks like an ordinary ball, inside which are located 6 sensors equipped with separate lenses. The device was called Bounce ("Rebound"). In addition to the cameras themselves, other sensors were built into the grenade: temperature, carbon monoxide, radiation. Due to this, Bounce is suitable not only for police and special forces officers during anti-terrorist operations, but also for fire brigade personnel and rescuers. The specifics of their work is such that in an unfamiliar room they can be expected not by armed terrorists, but by completely different dangers, for example, the same carbon dioxide. In addition, with the help of such a grenade-camera rescuers can search for people under the rubble of buildings. 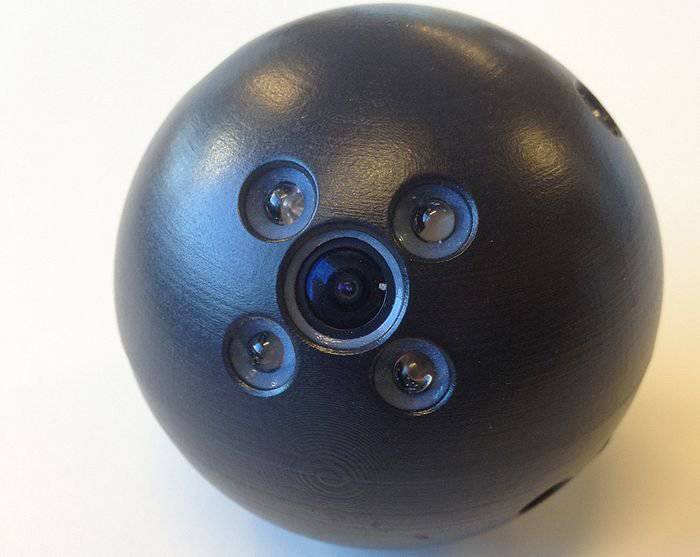 The creators of the device promised journalists that the police would begin testing new items in January 2013. To roll in the device should have been law enforcement officers from Massachusetts. It should be noted that this device differs in rather democratic price. For example, the optical fiber used to inspect the premises costs about 5 000 dollars, while the grenade camera will cost 500 dollars to special services, 10 times cheaper.

At the same time, a number of experts express their concerns about the unethical use of this device, in particular, touching on the problem of the threat to the private life of citizens. Indeed, such a camera can be fairly easy to throw in someone's garden or apartment. Therefore, it is just a godsend for journalists of the yellow press, chasing after sensational shots and stories. Also, do not exclude the option that the device will be able to take advantage of criminal elements with the same objectives as the special services, that is, for intelligence before the operation.